Download
Ethiopia is making the wrong choices in its relations with the U.S.
Tom Fowdy 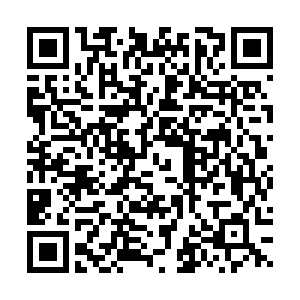 On May 22, the news broke that an American-led consortium, consorting of British and Japanese firms, had won a $850 billion contract to create Ethiopia's 5G telecommunications network, beating a South African-backed rival to the bid.

The consortium was backed by the U.S. International Development Finance Corporation (DFC) who preconditioned the loan on the grounds that the money would not be used to procure Huawei or ZTE equipment in order to build the network. The mainstream media quickly depicted it as a win for America "Over China" in Africa.

Despite this, the next day the U.S. Department of State rushed to implement a spree of sanctions over Ethiopia's leaders and security forces concerning the conflict in the Tigray Region, wherein the government has been fighting separatist insurgents. America accuses Ethiopia of committing atrocities and human rights abuses.

The sanctions also include "wide-ranging restrictions on economic and security assistance to Ethiopia" and according to a report from Bloomberg, may extend to a further ban on international lending to the East African nation through the World Bank and the International Monetary Fund (IMF).

These two developments stand in sharp contradiction to each other. The latter could easily overpower the former, but if not one thing is clear: The U.S. is giving with one hand and taking away with the other in Africa and is seeking to impose their strategic designs over the country.

Whilst the telecommunications bid was won by a fair corporate auction as opposed to geopolitical means, with the U.S-led offer much more lucrative than the MTN group one, nonetheless Addis Ababa must be wary in its relationship with Washington and recognize that such investments have obvious political strings attached, which in line with growing sanctions will be leveraged in order to subjugate Ethiopia in line with its foreign policy preferences.

In the 1980s as the Cold War beckoned to a close, many African and Latin American countries turned to U.S.-led Bretton Woods institutions, including the International Monetary Fund seeking fiscal support. They imposed strident political and economic conditions on them of "opening up" and "restructuring" their economies towards neoliberal systems in line with the global trend of that time. 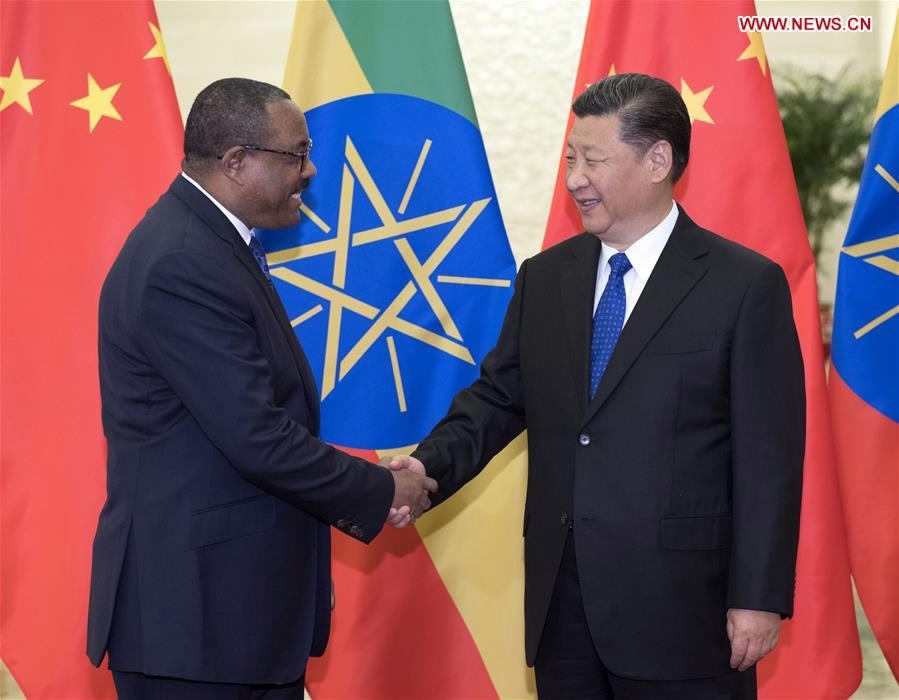 Chinese President Xi Jinping (R) meets with then Ethiopian Prime Minister Hailemariam Desalegn in Beijing, May 12, 2017, during the Belt and Road Forum. /Xinhua

Chinese President Xi Jinping (R) meets with then Ethiopian Prime Minister Hailemariam Desalegn in Beijing, May 12, 2017, during the Belt and Road Forum. /Xinhua

These requirements consisted of dramatic scale privatization and zero tariff barriers. Such actions served to effectively dismantle the economy of the given states, leading to a decimation of industry, agriculture, increased inequality and severe depletion of living standards, even inducing famine in some.

Such has always been the modus operandi of the United States when it comes to lending, it often attaches ideological and political strings to its support which can undermine the prosperity and sovereignty of the country targeted. The U.S. DFC, created in 2019, is an institution of the U.S. government designed to be an American counterweight to China's Belt and Road initiative (BRI) which offers low interest rate loans to developing countries.

Although this sounds promising, receiving financing from it comes with strident political strings which force the recipient to fall in line with anti-China requirements, as well as privatizing national infrastructure to U.S. investors.

In early 2021, the corporation made a deal with Ecuador's neoliberal government in order to clear its debt, which Washington attributed to China. The agency would pay off debt payments early in exchange for first nationally signing up to Pompeo's "clean network" initiative, excluding Huawei and ZTE on a national scale, and then secondly the privatization of the country's oil assets to American investors, with the United States always making a foreign policy point out of controlling strategic energy reserves in the Americas (hence its bid to pursue regime change in Venezuela).

The U.S. is now targeting Ethiopia as a country of strategic interest, namely because it sits near a critical juncture between the Red Sea and the Indian Ocean, and has a close relationship with Beijing. Whilst promising financing for 5G, it is moving to block other forms of aid and assistance over the Tigray conflict, of which both factors accumulated will allow the U.S. to increase its influence over Ethiopia and subjugate it to its own foreign policy goals.

It is worth noting in contrast, China's lending and investment in Africa do not come with the conditionality that other countries or companies are excluded, and nor does Beijing's dealings on the continent attempt to upend national sovereignty in the way the U.S. has sanctioned Ethiopia's army over fighting the Tigray conflict.

African nations primarily choose China as a partner precisely because it does not leverage national sovereignty or domestic political interference in exchange for financing or aid. In this case, Ethiopia now risks being pulled into a trap by the United States. Addis Ababa ought to reconsider this deal accordingly, if American sanctions do not leverage it altogether.