Download
One year elapsed, where to find 8 million jobs?
He Weiwen 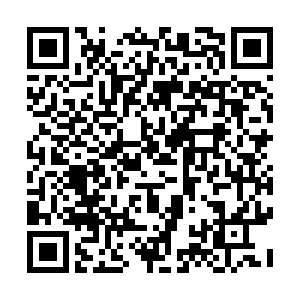 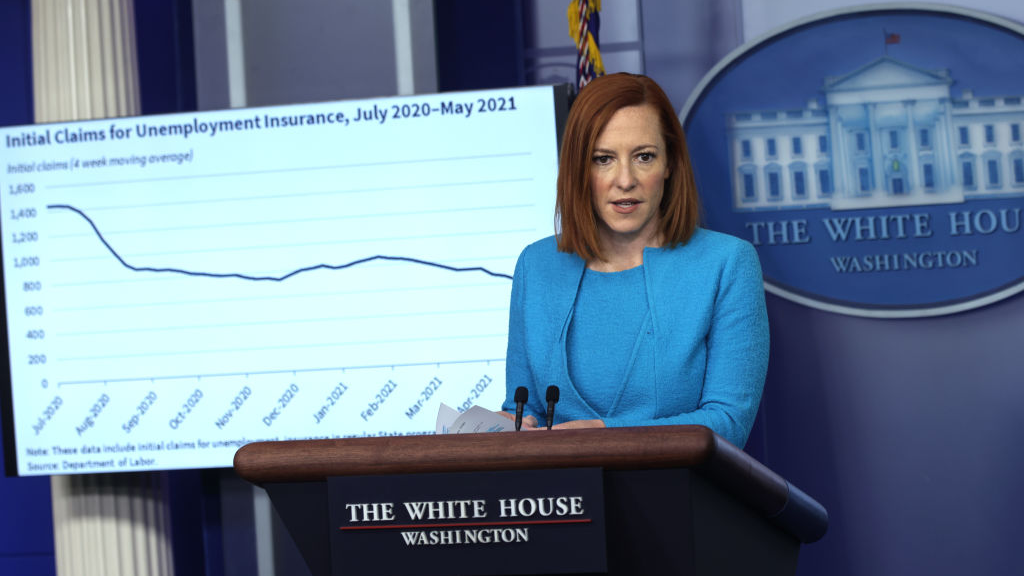 White House Press Secretary Jen Psaki speaks as a chart of initial claims for unemployment insurance from July, 2020 to May, 2021 as the backdrop at the James Brady Press Briefing Room of the White House in Washington, D.C., May 13, 2021. /Getty

White House Press Secretary Jen Psaki speaks as a chart of initial claims for unemployment insurance from July, 2020 to May, 2021 as the backdrop at the James Brady Press Briefing Room of the White House in Washington, D.C., May 13, 2021. /Getty

Editor's note: He Weiwen is a senior fellow at the Center for China and Globalization (CCG) and former economic and commercial counselor of Chinese Consulate General in San Francisco and New York. The article reflects the author's opinions and not necessarily those of CGTN.

U.S. monthly non-farm employment fell sharply to 266,000 in April, from 916,000 in March, and far below the estimated 1 million. Due to the poor number in new jobs, the unemployment rate rose by 0.1 percentage point to 6.1 percent.

Exactly one year ago, the U.S. job market in April 2020 had the highest surge in unemployment rescue applicant numbers—22 million, following the nationwide lockdown after the outbreak of COVID-19. The actual jobless were 20.5 million, pulling the federal non-farm unemployment rate to 14.7 percent, from 3.5 percent in March, with the latter at 41 years low. U.S. GDP in Q2 2020 also registered the worst fall of 31.7 percent, since the Great Depression in the 1930s.

Since the start of 2021, with Joe Biden entering the White House and focused on fighting the COVID-19 and propping up the economy, the job creation tempo regained some momentum and the monthly new jobs added hit 916,000 in March, the highest since August 2020. However, it took a sharp downturn in April again.

The FED has estimated that, among the 22 million job losses during the peak of COVID-19, 14 million have been recovered, leaving 8 million still looking for jobs.

This poor figure is the result of an unbalanced job market recovery. An article in Financial Times shows that, the job situation reveals a distinctive diversity in different classes of employees. In April 2021, total employment in high paid jobs (annual salary higher than $60 K) has increased by 1.6 percent over a year ago. Employment in medium paid jobs (between $27 K to $60 K) fell by 2.7 percent and the low paid jobs ($27 K and lower) fell by 28 percent. 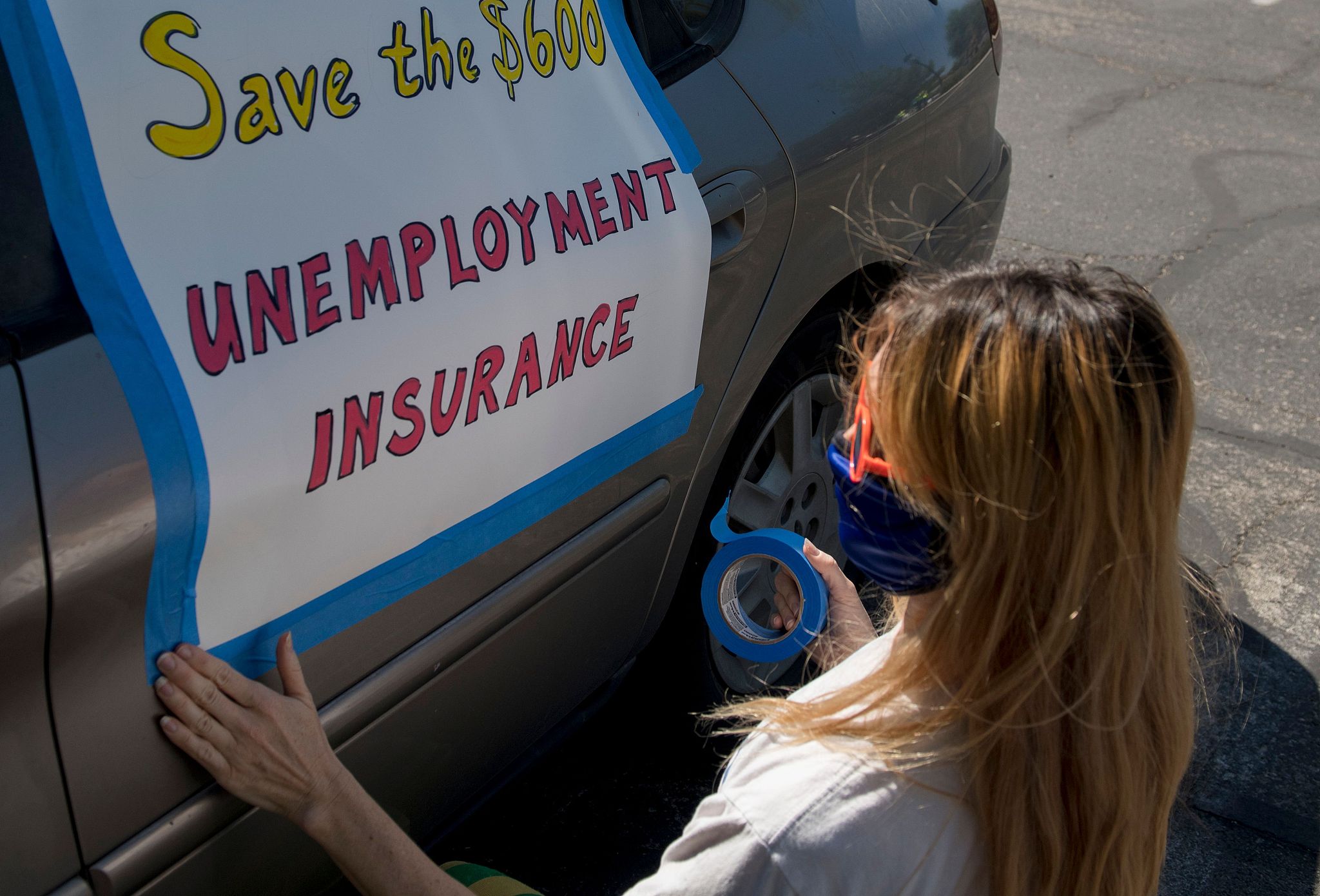 File: A caravan rally down the Las Vegas Strip in support of extending the $600 unemployment benefit in Las Vegas, Nevada, U.S., August 06, 2020. /VCG

File: A caravan rally down the Las Vegas Strip in support of extending the $600 unemployment benefit in Las Vegas, Nevada, U.S., August 06, 2020. /VCG

The reasons are simple: most in the low paid group are blue-collar workers or self-employed small shops or businesses owners or workers. In the former case, many of their employers may no longer need them as new technologies have been adopted. In the latter case, part of the small shops or businesses may disappear due to on-line shopping and remote working. Hopefully, some of them are in no hurry to look for a job because of the Biden rescue plan offering $400 per week for jobless subsidy per worker plus $1400 per family.

In any case, the chronic low employment is a headache for sustainable economic recovery. If the monthly new jobs rise to around half a million for the rest of the year and continue into 2022, the jobless rate will still be above 5 percent as new graduates and young people join in the labor force looking for jobs.

Even at 5 percent, the actual jobless level will be much higher than the figure suggests. The April data shows a very low labor participation rate of only 61.7 percent, 2 percentage points lower than that before COVID-19, meaning an actual 7 percent jobless rate.

The labor participation rate before COVID-19, in turn, was 3 percentage points lower than that before the Global Financial Crisis in 2008-2009. Hence, an irreversible trend: increasing Americans with labor age (15-64) no longer look for jobs. As a result, we are seeing an expanding poor society in America, only to accelerate since the outbreak of the pandemic.

COVID-19 has accelerated polarization in American society, with the rich getting much richer and the poor much poorer. A relevant study shows that, during the period from mid-March 2020 to January 2021, 660 billionaires increased their total wealth by 38 percent to $4.1 trillion, 1.7 times the total wealth of the 165 million middle income families. On the other hand, the poverty rate during this period rose by 2.4 percent, the highest since the 1960s.

The post-World War II American history has shown that each crisis has offered a good opportunity to redistribute the social wealth in favor of the rich, at the cost of the poor. The labor market weakness and the 8 million jobs hunt, are only an epitome of the whole reality.