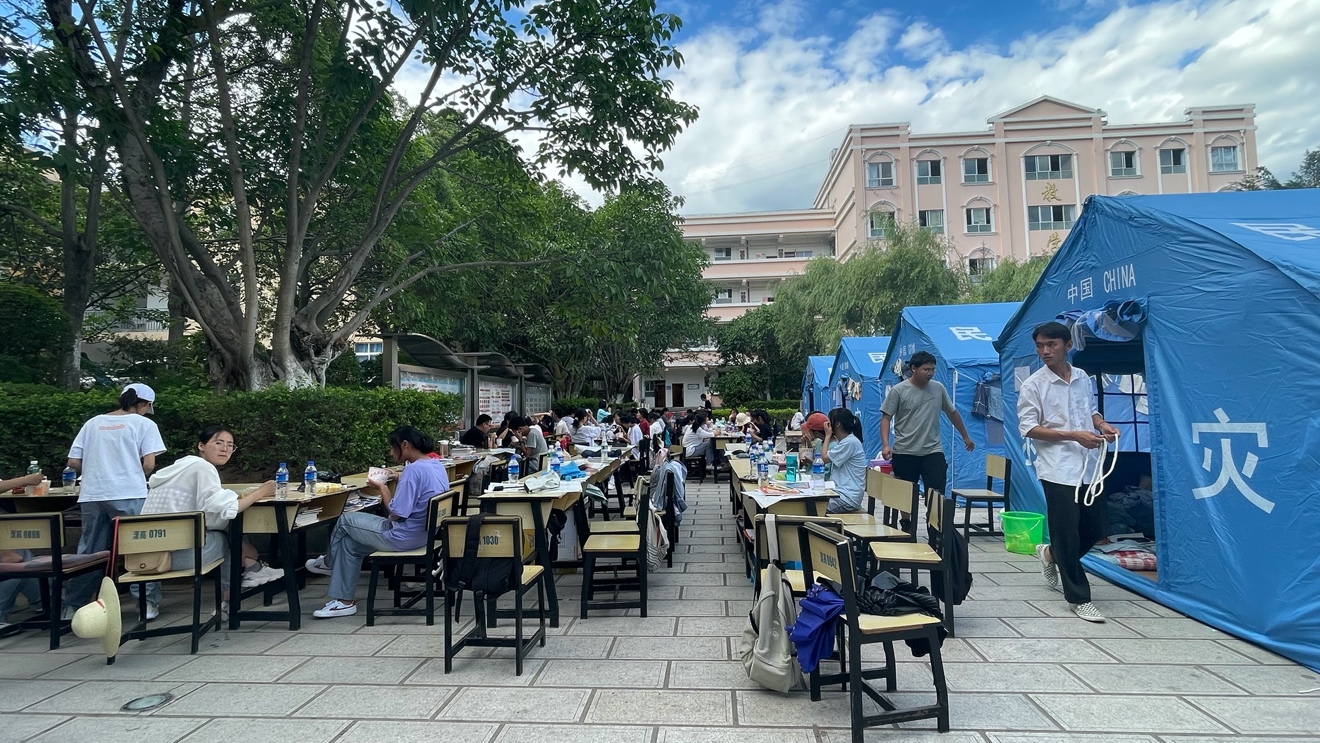 Authorities in Yangbi County in the southwestern Chinese province of Yunnan are stepping up efforts to help relocated residents experience some form of normalcy in the wake of a strong earthquake as search and rescue work drew to a close.

A total of 405 temporary shelters have been set up across the county, where some 94,000 residents have been displaced, according to official data.

"The government has taken a series of measure to ensure that our residents can have meals, stay in safe temporary accommodations, drink clean water, receive timely treatment when sick" and are protected against the coronavirus, Yang Xiaopeng, deputy chief of the county government, said at a press conference on Sunday.

A magnitude-6.4 earthquake jolted Yangbi on Friday night, killing three people and injuring 30 others. The government said all the wounded have received proper treatment and none is in critical condition.

A total of 232 houses collapsed because of the tremor, while more than 14,000 were damaged to varying degrees. Though residents in the urban area, some 10 kilometers from the epicenter, were not affected much, they have also been evacuated over safety concerns. 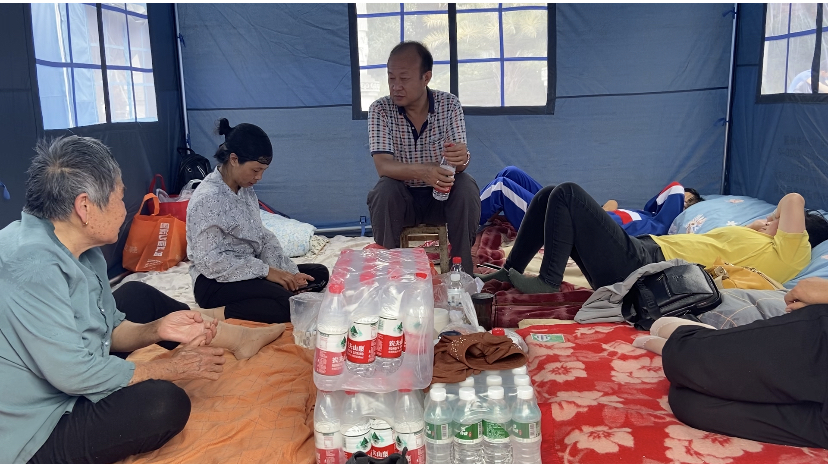 Some residents are living in a tent at a temporary shelter. Yang Jinghao/CGTN

Some residents are living in a tent at a temporary shelter. Yang Jinghao/CGTN

On Sunday night, more disaster-relief supplies were provided to the evacuated residents, including instant noodles and bread as well as folding beds. Prior to that, they were sleeping on the ground in tents.

"I feel reassured living in the tent. Our daily necessities are guaranteed. I have two wishes now – one is that my family can stay safe and all rescuers can return safe and sound," a local resident named Zhao Jiangwei told CGTN.

The safety of children has been a concern for many people. County authorities said that no students, including kindergartners, were killed or injured, despite buildings in 76 schools sustaining damage. 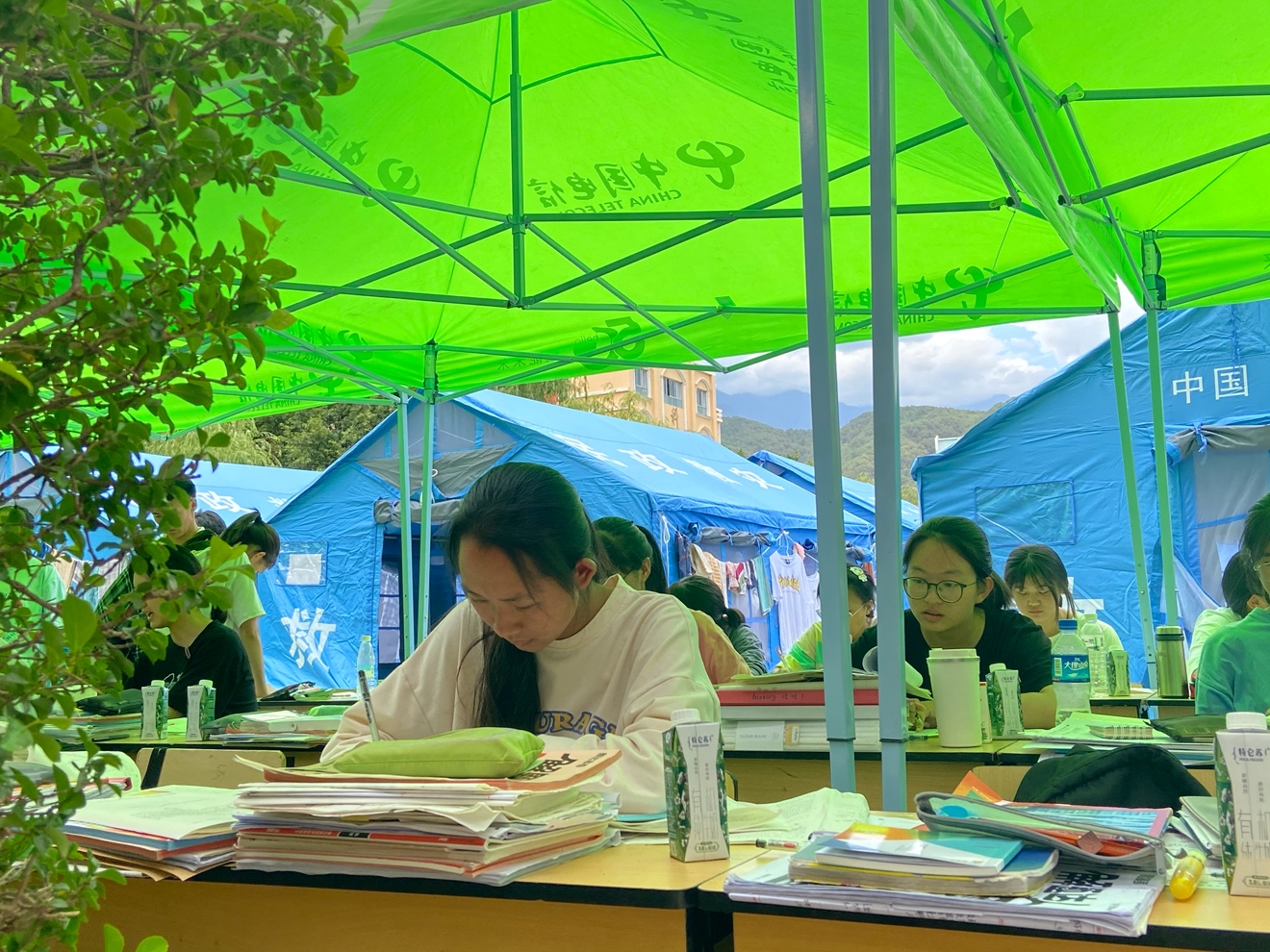 Over the weekend, senior high school students continued their studies in makeshift tents despite the intense heat as they prepare for the national college entrance exam in early June.

"It's quite different to have classes outside, as it's very hot and we are easily affected by all kinds of noises. But since the exam is approaching, we need to overcome these difficulties," a student who did not wish to be named told CGTN.

Dai Jiewen, another deputy chief of the county, said at a media briefing that to ensure safety, authorities will attach equal importance to both disaster-relief work and educational work in various ways, and provide psychological support to both teachers and students to try to minimize the impact of the disaster on students. 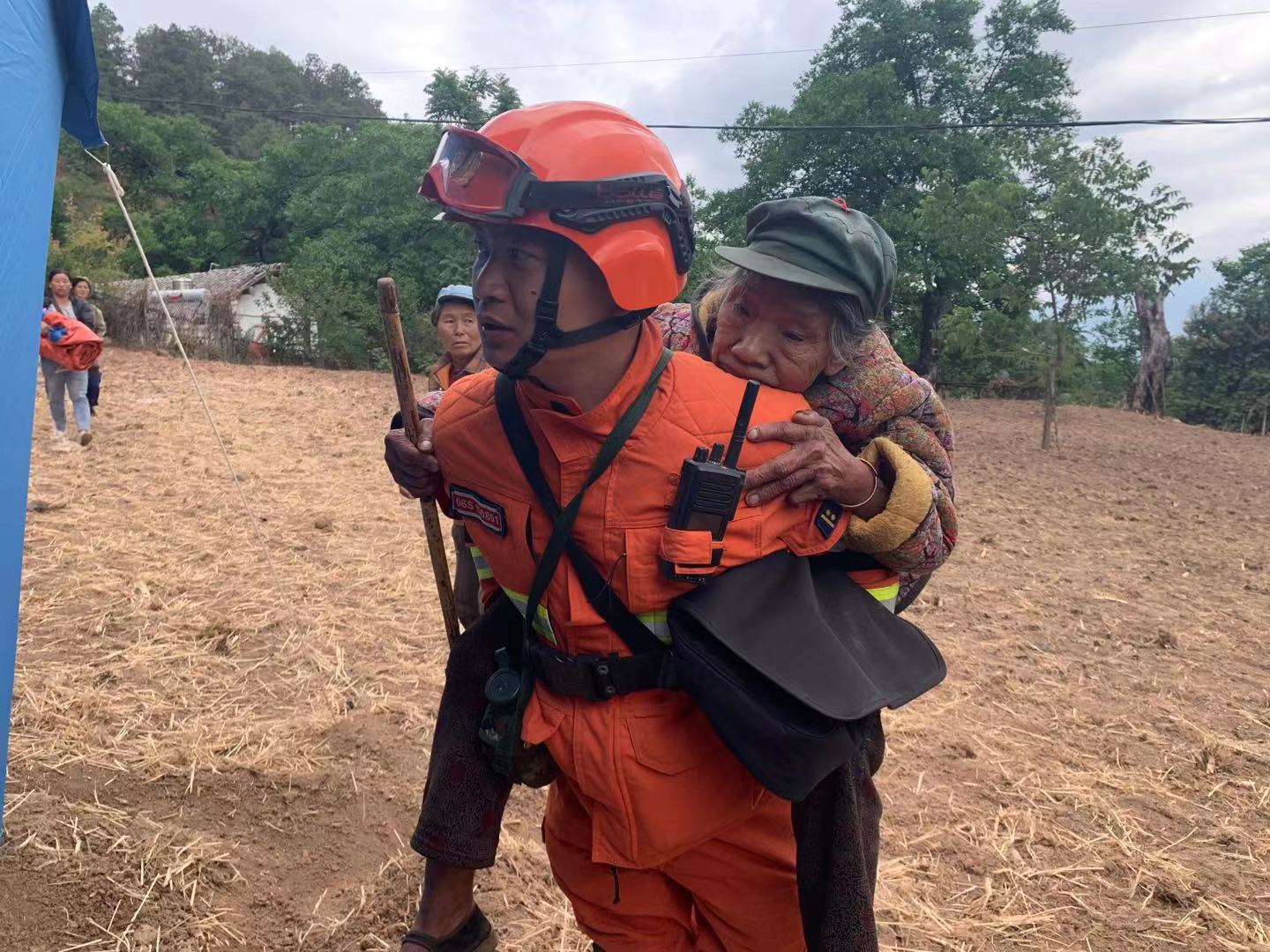 A rescuer carries an elderly woman on his back. /Ying Guangwan

A rescuer carries an elderly woman on his back. /Ying Guangwan

Many rescuers were still engaged in follow-up relief work, such as setting up tents and carrying emergency supplies.

"Though the aftershocks are a challenge to us, we will fulfill our obligations," said Zhang Bishu, a rescue team conductor.

Days before the earthquake, a number of smaller ones hit the county.

Experts from the Yunnan Provincial Seismological Bureau said that the county sits on the intersection of several faults, which explains the frequent aftershocks. They predict that more aftershocks are expected in the days to come.