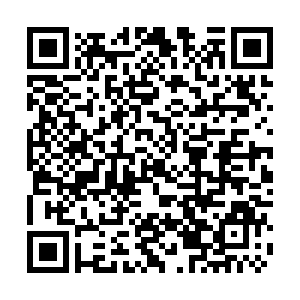 He made the remarks in a telephone conversation with Iranian President Hassan Rouhani.

Xi noted that China and Iran, sticking together and helping each other, have joined hands to fight against the COVID-19 pandemic and achieve positive results in bilateral practical cooperation.

The two countries firmly support each other on issues involving their respective core interests and major concerns, and have greatly consolidated their strategic mutual trust and resolutely defended international equity and justice, Xi said.

Noting that this year marks the 50th anniversary of the establishment of diplomatic ties between China and Iran, Xi stressed that bilateral relations now stand at an important historical juncture to build on past achievements and forge ahead into the future.

China attaches great importance to its relationship with Iran, and is willing to work with the Iranian side to take the 50th anniversary as an opportunity to strengthen cooperation in various fields, and continuously push for solid progress in the development of their comprehensive strategic partnership, he said.

China will continue to firmly support Iran in safeguarding national sovereignty and dignity, and is willing to provide as much assistance as possible for Iran's fight against the pandemic and help the Iranian people prevail over the virus, he said.

Xi said China will also continue to play a constructive role in pushing for an early and just settlement of the Palestinian issue, and is ready to work with Iran to strengthen communication and cooperation on regional and international affairs, and jointly promote regional security and stability.

For his part, Rouhani expressed appreciation for China's support and sharing of experiences during the country's fight against COVID-19.

Reiterating Iran's commitment to the one-China policy, Rouhani expressed Iran's support for China to defend its national sovereignty and territorial integrity while voicing the country's willingness to step up strategic cooperation in trade and energy sector, and contribute to the joint building of the Belt and Road.

He hailed the signing of the comprehensive cooperation agreements between the two sides, saying the plan will bring bilateral cooperation a brighter future.

The Iranian president also thanked China for its just stance on the JCPOA and regional issues such as the Israeli-Palestinian conflict.

Iran wishes to continue close communication and coordination with China, and work jointly to defend its legitimate rights and regional safety while firmly standing against unilateralism and hegemony, said Rouhani.