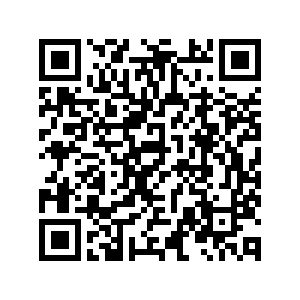 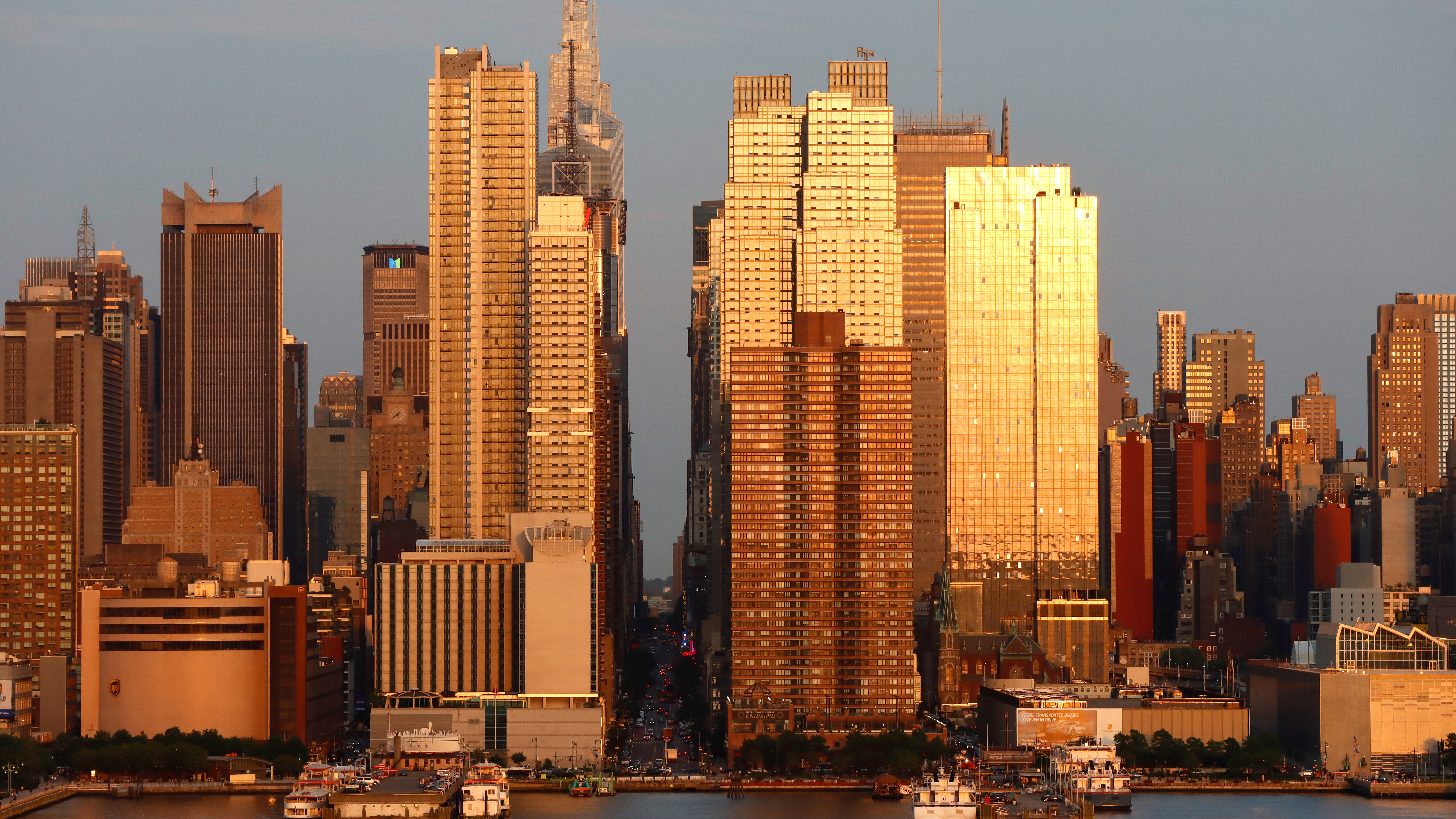 Editor's note: Anne O. Krueger, a former World Bank chief economist and former first deputy managing director of the International Monetary Fund, is Senior Research Professor of International Economics at the Johns Hopkins University School of Advanced International Studies and Senior Fellow at the Center for International Development at Stanford University. The article reflects the author's opinions, and not necessarily those of CGTN.

Former President Donald Trump did enormous damage to the United States' reputation and future prospects, both domestically and internationally. Yet while President Joe Biden has set about reversing the previous administration's legacy in many domains, he has yet to focus his attention on U.S. trade policy.

That needs to change. Trump's trade policies were not only a disaster for U.S. and world trade; they also have made it more difficult for the U.S. to achieve a broader range of economic and foreign-policy goals. Reversing those policies thus should be a top priority for the new administration.

After all, America's friends and allies (particularly the European Union, the United Kingdom, Canada, Mexico, Japan, and South Korea) remain deeply shaken by Trump's protectionist impulses. In addition to slapping tariffs on a broad range of goods, his administration forced a renegotiation of the North American Free Trade Agreement (NAFTA) and the United States-Korea Free Trade Agreement (KORUS FTA), and withdrew the U.S. from the Trans-Pacific Partnership (TPP) to which the U.S. had agreed. It declared a "trade war" with China, despite that country's membership in the World Trade Organization (WTO), and with no regard for U.S. trading partners' own dealings with China. Taken together, these policies have done serious damage to America's standing in the world.

Leading the world toward an open multilateral trading system under the 1947 General Agreement on Tariffs and Trade (GATT, which became the WTO in 1995) was one of America's crowning achievements after World War II. The system works precisely because members willingly commit themselves to open, rules-based trade policies. Among other things, this ensures that foreign traders have the same rights as domestic nationals when disputes between them arise, and that the principle of nondiscrimination among trading partners prevails, except in the case of preferential trading arrangements.

Trade flourished under the GATT, with the U.S. leading negotiations for multilateral tariff reductions and the removal of other trade barriers (including quantitative restrictions). In later years, developing countries witnessed the success of open markets and decided to start dismantling their own highly protectionist regimes. For most, this resulted in a remarkable acceleration of growth in output and trade. For more than a half-century, world trade grew roughly twice as fast as world GDP.

This growth was far from smooth, of course. Significant slowdowns followed the oil shocks of the 1970s, the Asian financial crisis of the late 1990s, and the Great Recession a decade later. Growth in world output and trade has resumed since the 2008 global financial crisis, but not as rapidly as in the years preceding it. And China, following an overhaul of its trade policies in the 1990s and its accession to the WTO in 2001, emerged as the world's largest trading power.

In addition to reducing domestic poverty and improving living standards for its own population, China's dramatic economic ascent was bound to raise issues with other countries. But thanks to the WTO and its dispute-settlement mechanism, there was a multilateral forum where these issues could be addressed – that is, until Trump came along.

Although Biden has reasserted America's commitment to internationalism and multilateralism, he has moved slowly to repair the damage that Trump did to critical institutions like the WTO. 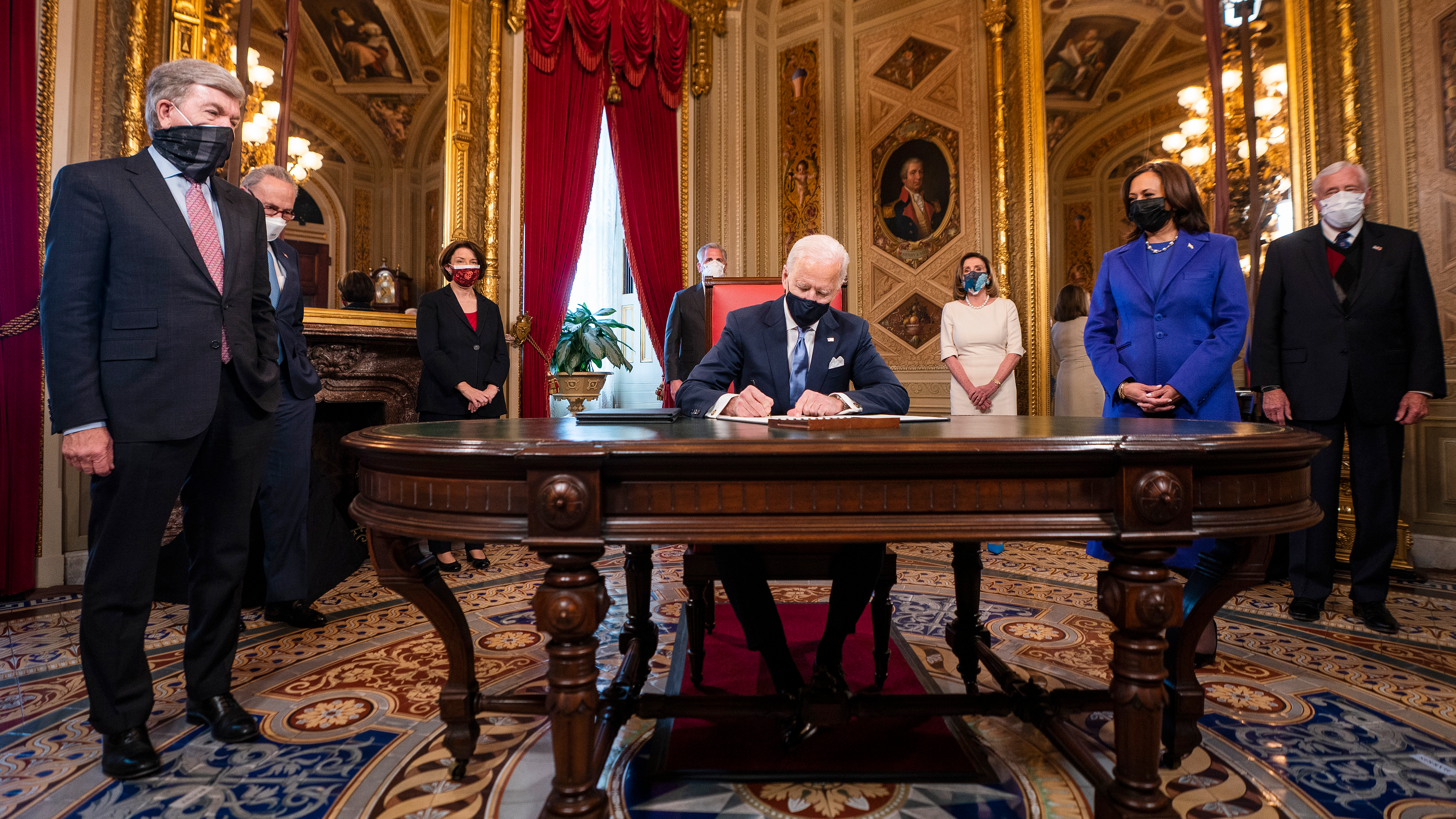 Nor has Biden reversed Trump's withdrawal from the TPP. Now called the Comprehensive and Progressive Agreement for Trans-Pacific Partnership (CPTPP), U.S. membership in this 11-country pact would be a boon for U.S. exporters. Currently, U.S. companies are at a distinct disadvantage relative to their competitors in CPTPP countries, because their exports to those economies are subject to duties that do not apply to exports from members of the bloc.

Biden also has not ended the trade war with China, even though that effort has utterly failed to achieve its stated objectives. While the U.S. bilateral trade deficit with China has fallen somewhat, the deficits with Vietnam, Malaysia, and others have risen commensurately as their exports have replaced those from China.

Although the Biden administration has finally agreed to a new director-general for the WTO, it has done little to reduce Trump's tariffs, and has even announced that it will strengthen "buy American" provisions in government procurement contracts. Biden says he wants to protect American jobs, yet the Trump administration's tariffs on imported iron and steel, which have cost a net total of around 75,000 jobs (leaving out the additional losses caused by other countries' retaliatory tariffs), remain in place. If Biden really wants to help American workers, he should recognize that exports create good jobs, and that the export sector's contribution to U.S. GDP has doubled as a result of open multilateral trade.

As for America's current-account deficit, that can be addressed only by curtailing U.S. expenditures relative to income, not through protectionism. And because the WTO procurement agreement has led other countries to open up government bidding processes for American exporters, it is doubtful that weakening it will benefit American workers; indeed, doing so may even cost jobs.

China is here to stay. Though there are certainly trade issues that need to be addressed, that is best done multilaterally. The U.S. and China have both lost as a result of the trade war. A U.S. offer to remove the tariffs if the Chinese reciprocate and join multilateral discussions on outstanding issues could benefit both countries and the rest of the world.

Strong economies make for successful countries. Efforts to protect domestic industries are a sign of weakness, not strength. If the Biden administration wants to achieve its stated goals, it will remove Trump's protectionist measures, work multilaterally, strengthen U.S. infrastructure, invest in workforce skills and education, and expand America's research capabilities. It should be obvious by now that continuing the last administration's trade policies is a recipe for failure.