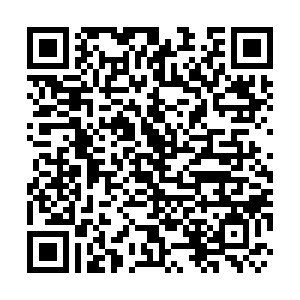 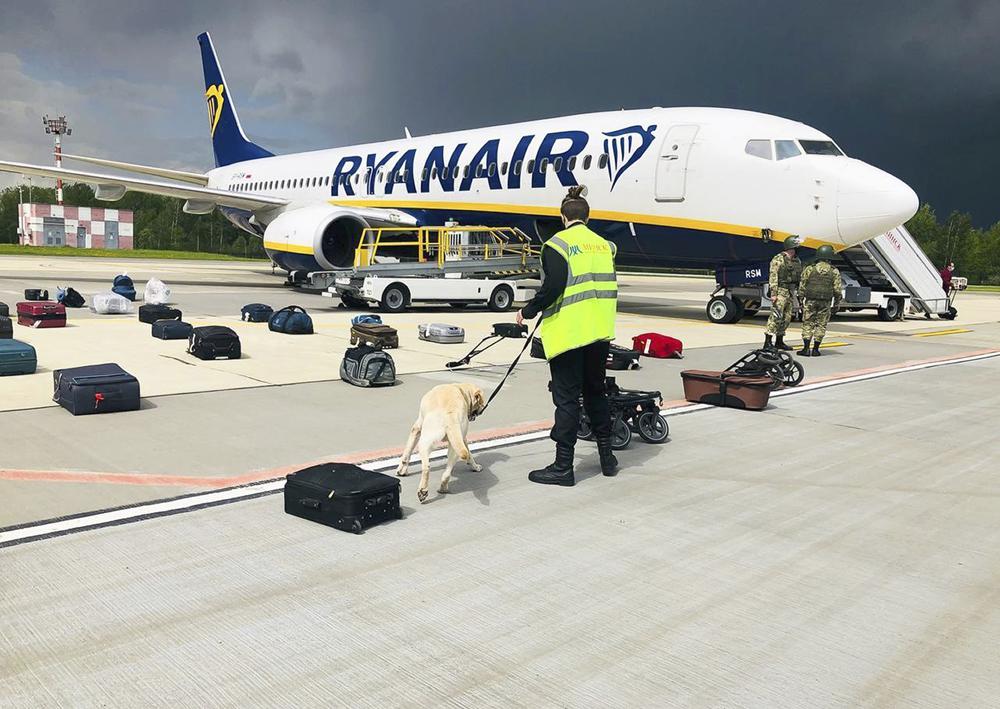 Security use a sniffer dog to check the luggage of passengers on the Ryanair plane carrying Raman Pratasevich which was traveling from Athens to Vilnius and was diverted to Minsk after a bomb threat, at Minsk International airport in Minsk, Belarus, May 23, 2021.

Security use a sniffer dog to check the luggage of passengers on the Ryanair plane carrying Raman Pratasevich which was traveling from Athens to Vilnius and was diverted to Minsk after a bomb threat, at Minsk International airport in Minsk, Belarus, May 23, 2021.

Leaders of the European Union (EU) member states on Monday agreed to cut the bloc's air links with Belarus following Sunday's Ryanair flight diversion and the arrest of a blogger, Roman Protasevich.

According to the conclusions of the special EU summit on Monday, the 27-member bloc strongly "condemned the incident" which "endangered aviation safety" and called on the International Civil Aviation Organization to urgently investigate "this unprecedented and unacceptable incident."

Leaders of the member states urged the European Council to adopt the necessary measures to ban overflight of EU airspace by Belarusian airlines, prevent access to EU airports of Belarusian flights, and called on all EU-based carriers to avoid overflight of Belarus, according to the conclusions.

Authorities in Belarus insisted their action is aligned with international rules, and accused the West of making unfounded claims for political reasons.

Belarusian Foreign Ministry spokesman Anatoly Glaz said: "There is no doubt that the actions of our competent authorities ... fully met established international rules."

"Unfounded accusations are being made," he said in a statement, accusing the West of not wanting to be objective and threatening to slap new sanctions on Belarus.

The Belarus Interior Ministry said Protasevich was under arrest and had not complained of ill health.

United Nations Secretary-General Antonio Guterres on Monday expressed deep concern over the Ryanair flight diversion incident and called for "a full, transparent and independent investigation into this disturbing incident."

He also urged all parties concerned to cooperate with the inquiry, said Stephane Dujarric, spokesman for Guterres, in a statement.

U.S. President Joe Biden, in a statement on Monday, called for an international investigation into the incident and the release of Protasevich as well as "the hundreds of political prisoners." Biden also "welcomed" the EU's targeted economic sanctions as Washington contemplates "appropriate options to hold accountable those responsible."