Download
Paint bricks on display in Beijing show snippets of life 1,800 years ago
By Yang Yan 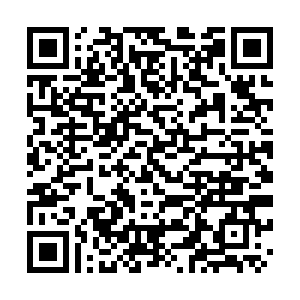 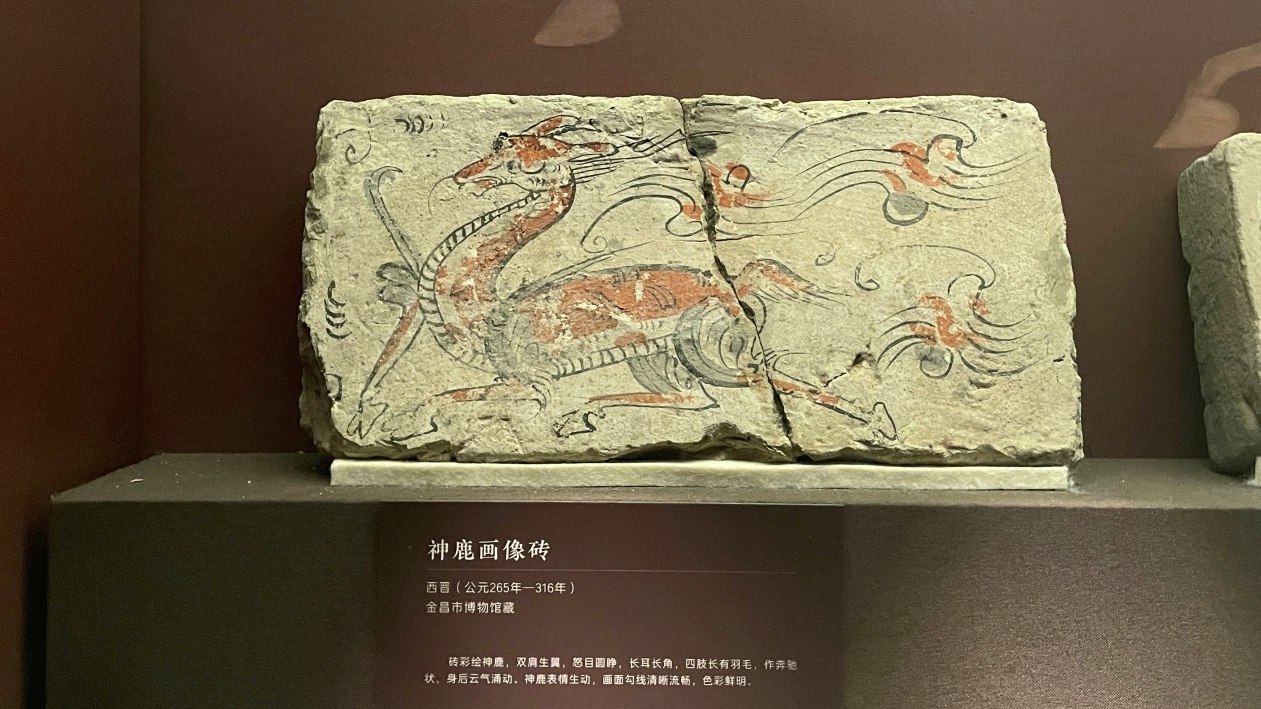 An exhibition of portrait bricks from northwest China's Gansu Province is underway at the National Museum of China in Beijing, showcasing how the lives of ancient people were depicted on clay.

This is the first time that the 258 bricks featuring drawings from the Wei and Jin Dynasties, from 220 to 420 AD, are being exhibited.

Themes include deities such as the Vermilion Bird, a pheasant covered in flames, and White Tiger, which is linked to virtue and peace, as well as aspects of daily life such as weather, agriculture, traffic, and food.

The artifacts are from the Hexi Corridor, a historic route linking northwest China and Central Asia, and dating back to the Han Dynasty (206 B.C.-AD 220), some 2,000 years ago.

"The portrait bricks in this area have a strong flavor of life, and the paintings are vivid and lively, reflecting Hexi residents' love for life at that time and their spiritual outlook, as well as their artistic creativity," said Chen Kushuang, the curator.

"The content is very rich, including farming and hunting, travel, and entertainment, all aspects, and their spiritual world. Through this exhibition, we want to give the audience an understanding of the inner cultural connotation of our Chinese tradition, and then further enhance our cultural confidence," he added. 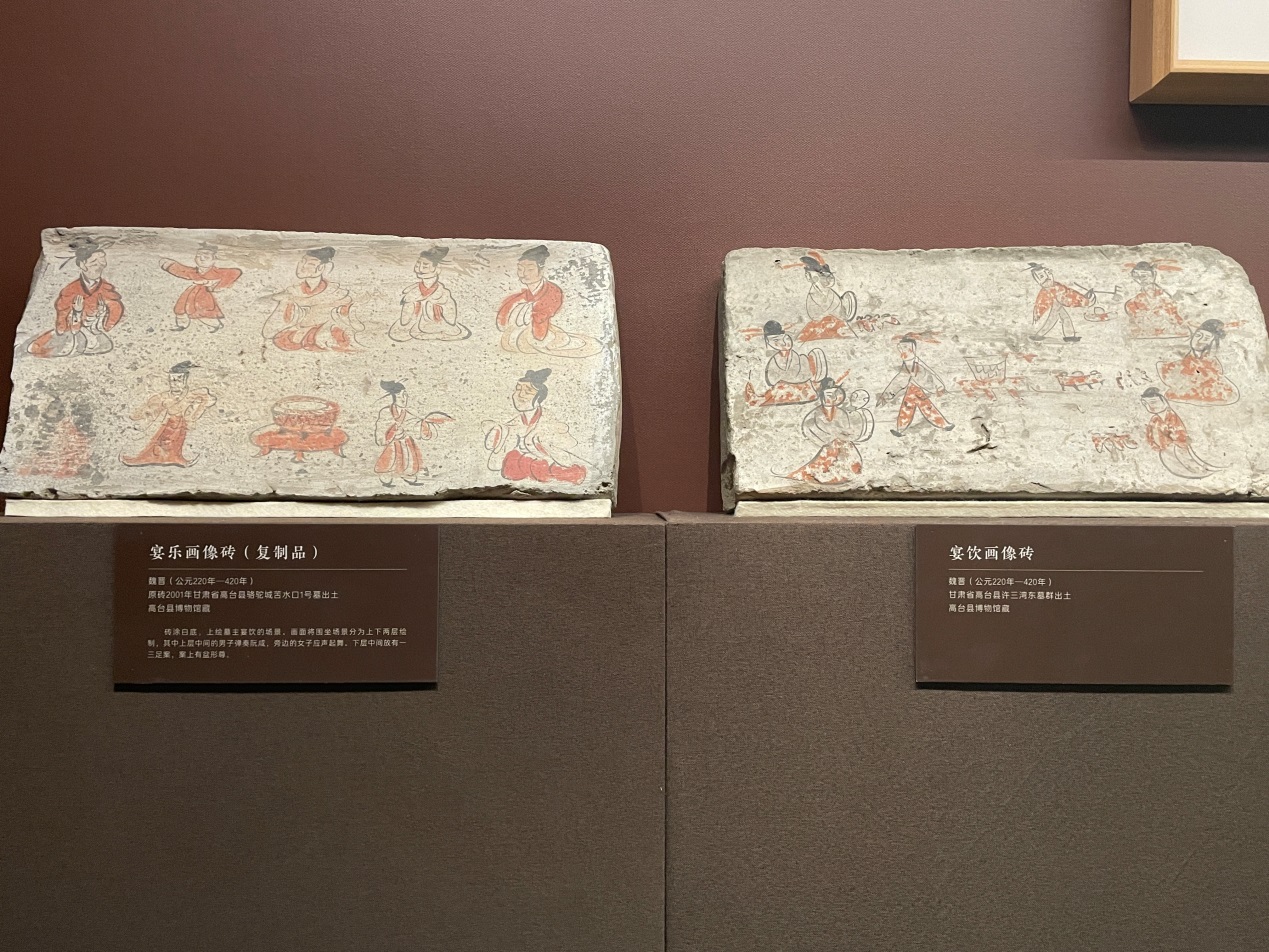 Portrait bricks on display at the exhbition. /CGTN

Portrait bricks on display at the exhbition. /CGTN

The slabs feature painted, or carved images on the surface. These were mainly discovered in tomb chambers and their owners have yet to be confirmed.

The artistic form has a history of nearly 15 centuries, dating back to the late Warring States Period (475-221 B.C.).

Portrait bricks are in essence an art for funeral ceremonies. They also play a significant role in the history of Chinese fine arts.

"This exhibition also reflects the cultural background and appeal of Hexi portrait bricks. The design mainly absorbed a lot of traditional Chinese cultural elements, such as the use of the structure of the bucket arch in the hall. And the color and tone extracted from paintings from Han Dynasty, and the way and method to display all the exhibits," Pan Yi, the exhibition's designer, told CGTN.

The exhibition, a collaboration between the Gansu Province Museum and eight other institutions from the region, will run until August.