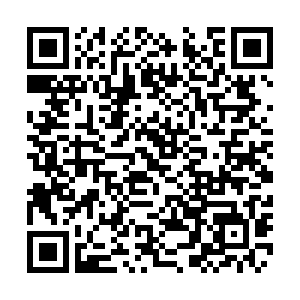 The Dujiangyan water conservancy system, located in southwest China's Sichuan Province, has played an important role in flood control and irrigation on the Chengdu Plain over the past 2,000 years.

As the world's oldest water project still in operation, Dujiangyan is a vivid example of ancient Chinese wisdom seeking harmony between man and nature.

Qimin Yaoshu, a sixth-century encyclopedia on agriculture, advises: "Act according to the seasons and the land. You will gain more with less."

And this classic quote is still influencing modern China, which is currently undergoing a green transformation in social and economic development.

Citing the ancient quote, Chinese President Xi Jinping said at a meeting on environmental protection in May 2018 that the concept stresses the importance of uniting heaven, earth, and man, connecting the ecosystem with human civilization, and following the rules of nature.

"The rise or fall of a civilization hinges on its relationship with nature," he added.

Qimin Yaoshu was compiled by Jia Sixie of the Northern Wei Dynasty (386-534).

"Jia uses the example of grain farming to specifically illustrate how to 'act according to the seasons and the land'," explained Yang Yu, professor of ancient Chinese literature at the Central South University.

"For instance, fertility varies from land to land. If farmland is particularly fertile, planting at a later date could yield more while early sowing is critical for relatively barren lands, which would otherwise risk producing little if the farming season was missed."

The professor noted that the philosophical wisdom of Jia not only applies to agriculture, but also holds true in all aspects of the relationship between man and nature.

China is now creating a series of initiatives to make the country and the planet greener.

According to the 14th Five-Year Plan (2021-2025) for National Economic and Social Development and the Long-Range Objectives Through the Year 2035, an essential part of China's modernization will be achieving harmony between man and nature.

In the plan, China vows to lower the energy consumption per unit of gross domestic product (GDP) and its carbon dioxide emissions per unit of GDP by 13.5 percent and 18 percent, respectively.

Last September, China also announced it would strive to peak carbon dioxide emissions by 2030 and achieve carbon neutrality by 2060.

"This major strategic decision is made based on our sense of responsibility to build a community with a shared future for mankind and our own need to secure sustainable development," Xi said at the Leaders Summit on Climate on April 22, 2021.

While the world is facing grave challenges from the ongoing COVID-19 pandemic and climate change, Xi called on the international community to come up with unprecedented actions to deal with the problems at the summit.

He said the world must be committed to harmony between man and nature, green development, systemic governance, a people-centered approach, multilateralism and the principle of common but differentiated responsibilities.

To improve global efforts on biodiversity, China will hold the 15th meeting of the Conference of the Parties to the Convention on Biological Diversity in October 2021.