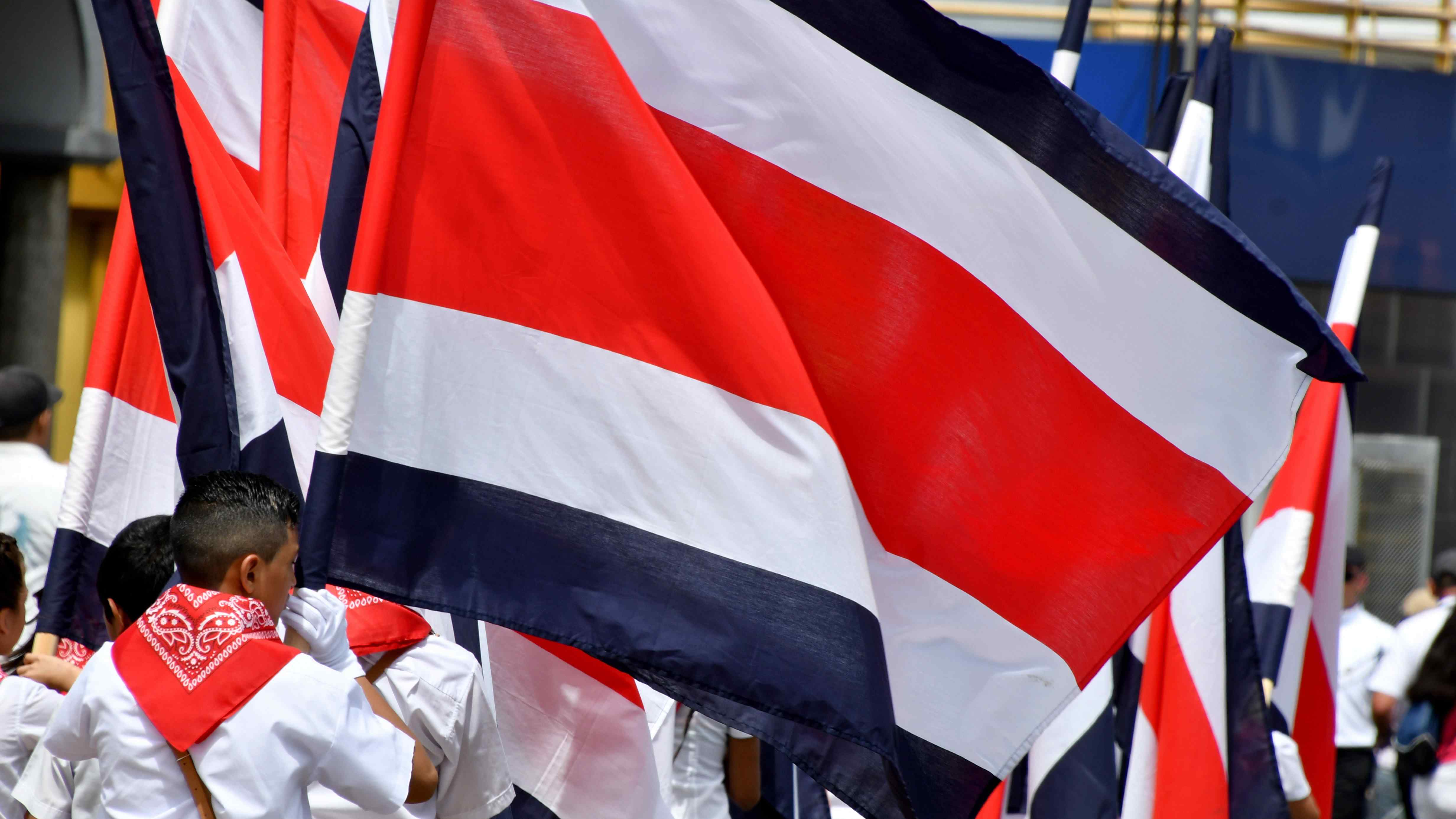 The Organization for Economic Cooperation and Development (OECD) welcomed the small Central American nation as the 38th member on Tuesday.

The Paris-based organization, which has faced accusations that it favors European interests, is keen to showcase more regional diversity.

Colombia was admitted last year to join Chile and Mexico from Latin America as the OECD broadens into what is now a group of "mostly rich" countries. It was established in 1961 when the U.S. and Canada joined up with a European entity running the Marshall Plan, the American program to rebuild Europe's war-ravaged economies.

Two-thirds of the membership is still European. The United States remains a notable voice along with Australia, Japan and South Korea, among others. Africa is the only continent not represented.

Under the World Bank classification system, Costa Rica is an upper-middle-income country, one step below high-income, and clearly has higher ambitions. 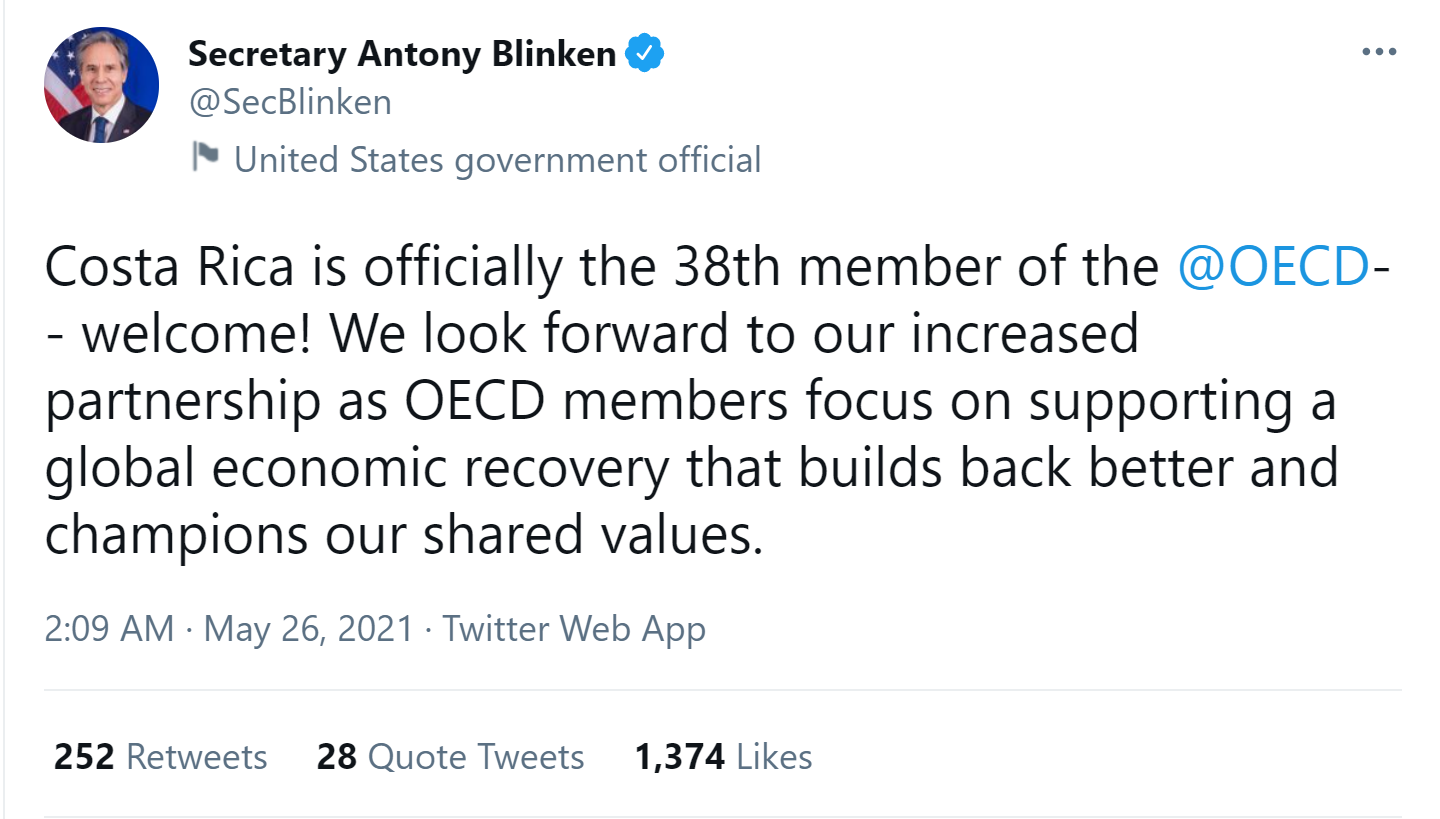 Screenshot of a tweet from the U.S. Secretary of State regarding Costa Rica's accession to the OECD.

Screenshot of a tweet from the U.S. Secretary of State regarding Costa Rica's accession to the OECD.

"Once again, we show the world that Costa Rica strives for excellence and to conquer challenges regardless of how difficult they may seem, to achieve greater prosperity for its population," President Carlos Alvarado said in a statement.

OECD Secretary-General Angel Gurría said he was delighted to welcome Costa Rica, which has a population of five million, into the group "at a time when multilateralism is more important than ever."

The Central American nation's Foreign Minister Andrés Valenciano said that joining will make it an attractive destination for foreign investment, having undergone a series of economic reforms over 11 years to qualify for OECD membership.

The country will need all the inflows it can get as its tourism-dependent economy has been badly hurt by the coronavirus pandemic. COVID-19 cases reached 306,899 and deaths 3,877 as of 1900 GMT on Wednesday, according to the Pan American Health Organization.

Observers say the structural reforms Costa Rica undertook helped it to clinch a pandemic loan of $1.8 billion from the IMF in March.

Despite its small size, the country is "a global leader for its environmental policies and accomplishments," the World Bank says.

The government estimates that up to 99 percent of Costa Rica's electricity generation comes from renewables – water, wind, geothermal, biomass and solar energy. It is also one of the most biodiverse nations on earth.

As for the OECD, The Economist says the most fitting description would be a research and standards body, given it is best known for its regular economic reports, its work on international tax avoidance and its analysis of global education standards.