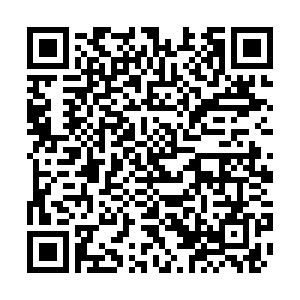 A fifth round of dialogue aimed at bringing the U.S. and Iran back to the 2015 nuclear agreement, formally known as the Joint Comprehensive Plan of Action (JCPOA), is underway in Vienna with both sides expressing hope that it might be the final round of talks.

The talk came the day after Iran and the International Atomic Energy Agency (IAEA) extended a recently expired monitoring agreement by a month. Under an additional protocol with Iran, the IAEA collects and analyzes images captured daily by its surveillance cameras installed at Iranian nuclear sites.

Indirect talks began in early April in Vienna between Washington and Tehran, with the other signatories to the 2015 deal – Britain, China, France, Germany, Russia and the EU – acting as intermediaries.

U.S. President Joe Biden has said he wants the U.S. to rejoin but that Iran has to return to complete compliance. Iran insists U.S. sanctions must first be lifted. All sides have said the talks have been constructive. 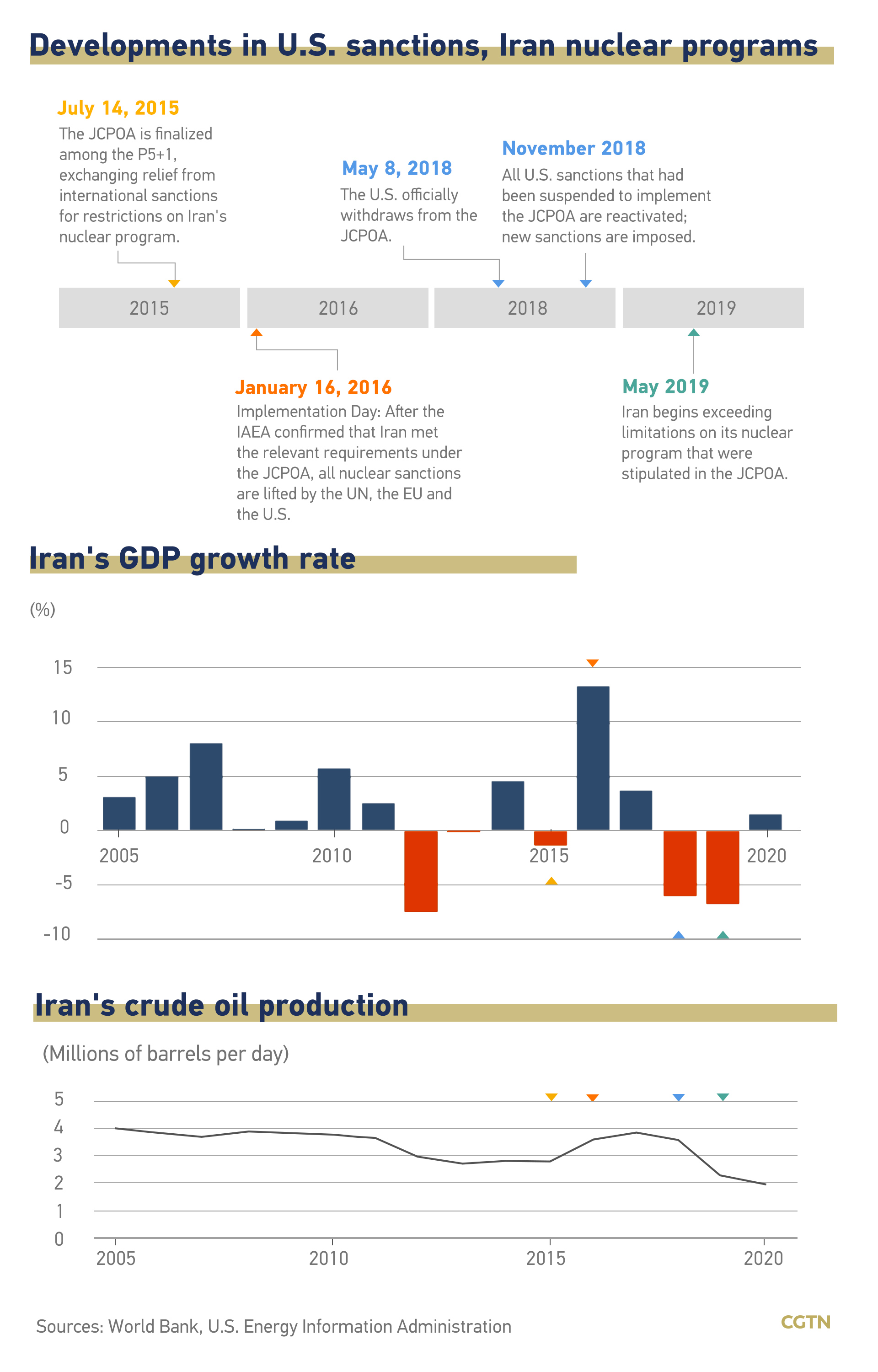 The prospects for a revived nuclear deal not only hinge on negotiations in Vienna, but on electoral politics in Tehran, where a list of seven contenders for the presidential elections next month was announced Tuesday.

While on the surface a hardliners-dominated election may not bode well for the nuclear negotiations, it could have the opposite effect and even hasten an agreement before the election, some analysts said.

Iranian President Hassan Rouhani said on Sunday that Iran will continue nuclear talks in Vienna until a final agreement is reached. Earlier, Rouhani said the "main agreement" to revive the nuclear deal has already been reached in the talks, and Iran's counterparts have agreed on the need to lift "all main sanctions."

The Biden administration is sending stronger signals by the week that it will give up most of its leverage over Tehran to get a deal. 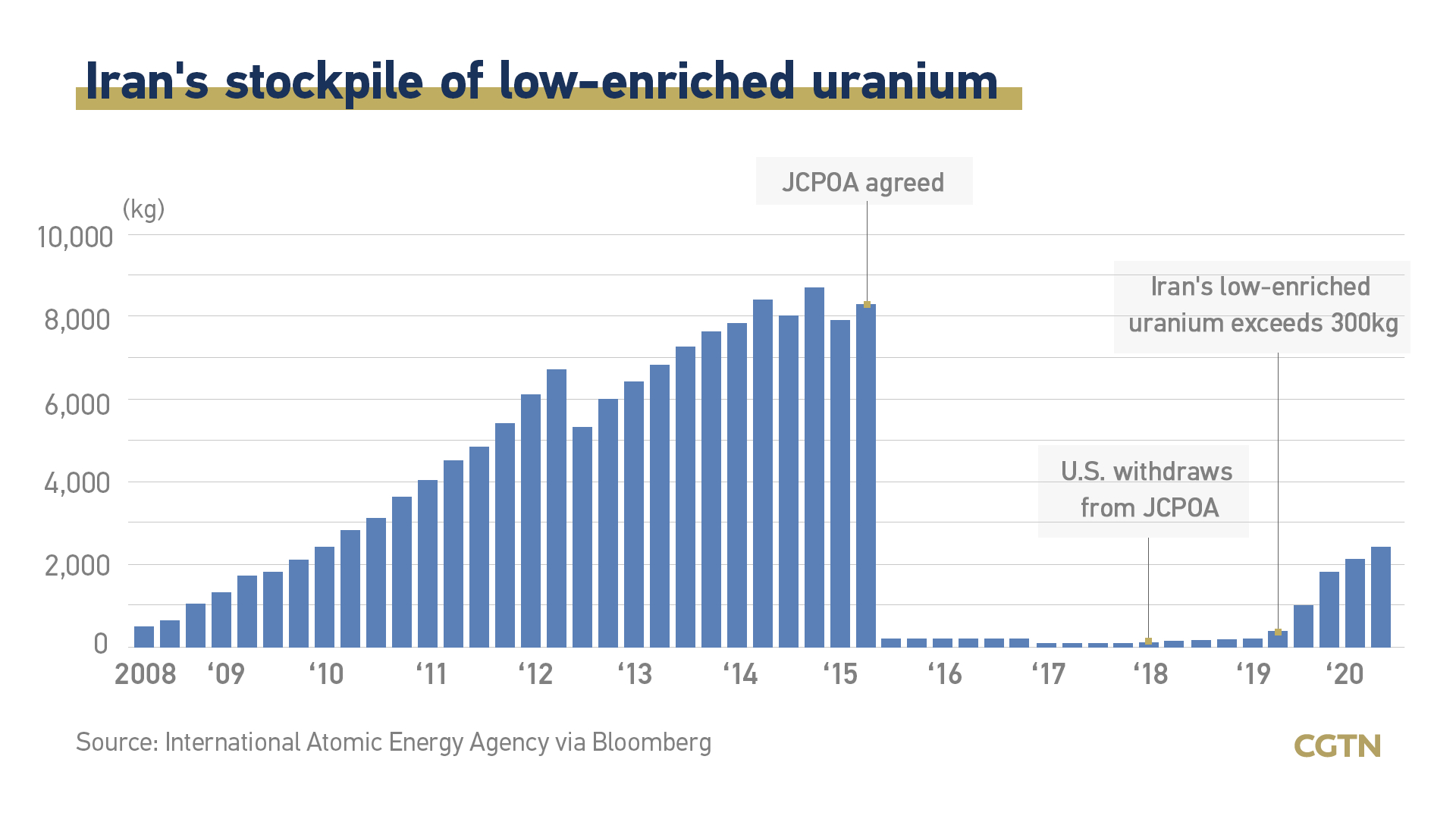 Former U.S. President Donald Trump withdrew from the deal in May 2018 and subsequently pursued a "maximum-pressure" sanctions campaign with the stated purpose of compelling Iran to negotiate a more expansive, revised JCPOA.

In November 2018, the U.S. fully reimposed the sanctions on Iran that had been lifted or waived under the JCPOA. These are the toughest U.S. sanctions ever imposed on Iran, and target critical sectors of Iran's economy, such as the energy, shipping and shipbuilding, and financial sectors. 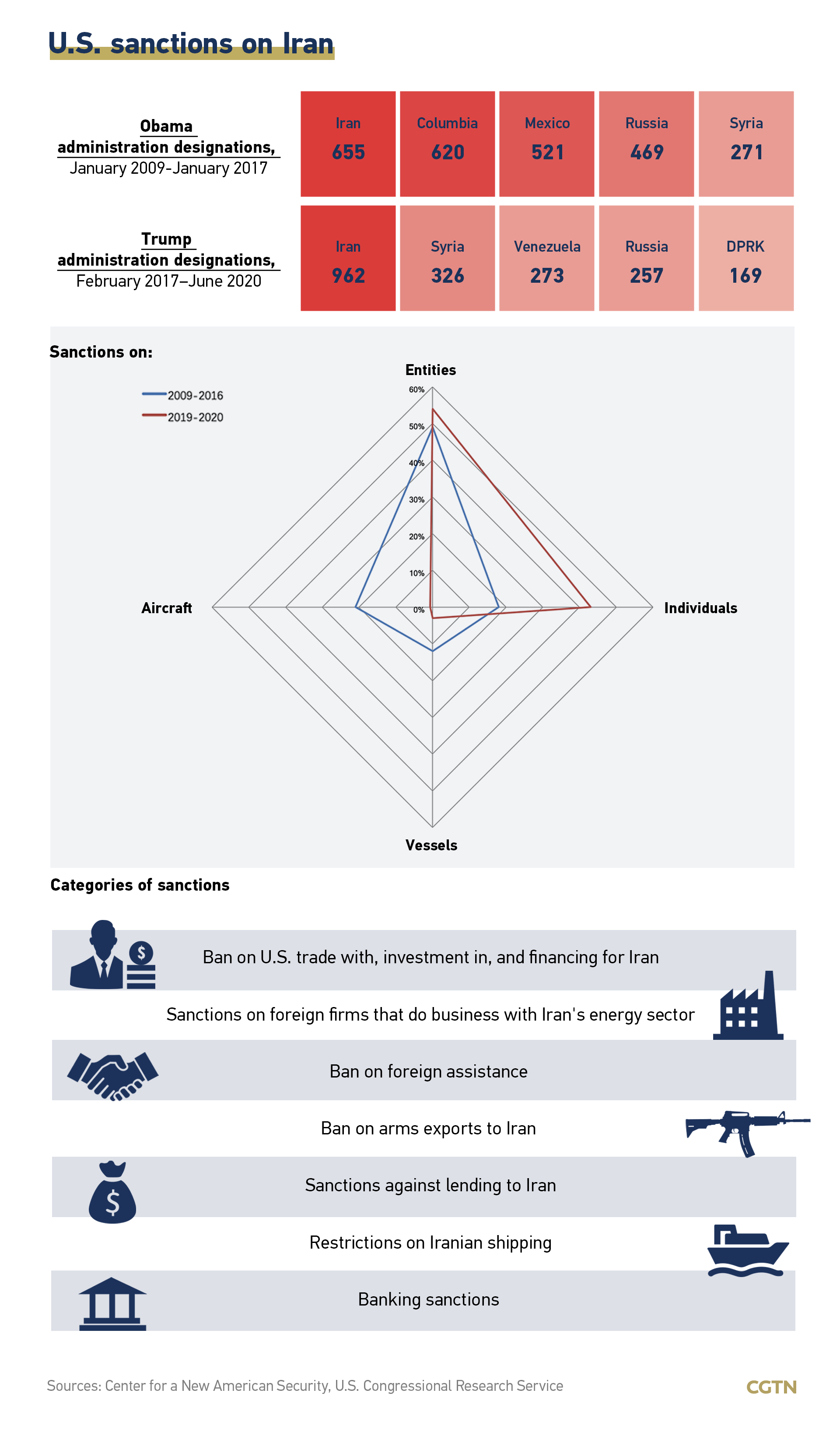 The Iran nuclear deal was struck in July 2015 between Iran, the P5 +1 (the five permanent members of the United Nations Security Council – Britain, China, France, Russia, U.S., plus Germany) and the EU. Iran's GDP growth reached a peak of 13.4 percent in 2016, shortly after the deal went into effect.

The reimposed sanctions caused Iran's economy to fall into a significant recession. GDP contracted by 6 percent in 2018 and 6.8 percent in 2019.

Since mid-2019, Iran has responded to the increasing sanctions by an increase in the purity and quantity of uranium it has been enriching.

Under its 2015 nuclear deal, Iran was only permitted to enrich uranium up to 3.67 percent purity.

Iran says it does not want to build an atomic bomb, insisting that its nuclear program is for civilian purposes only. 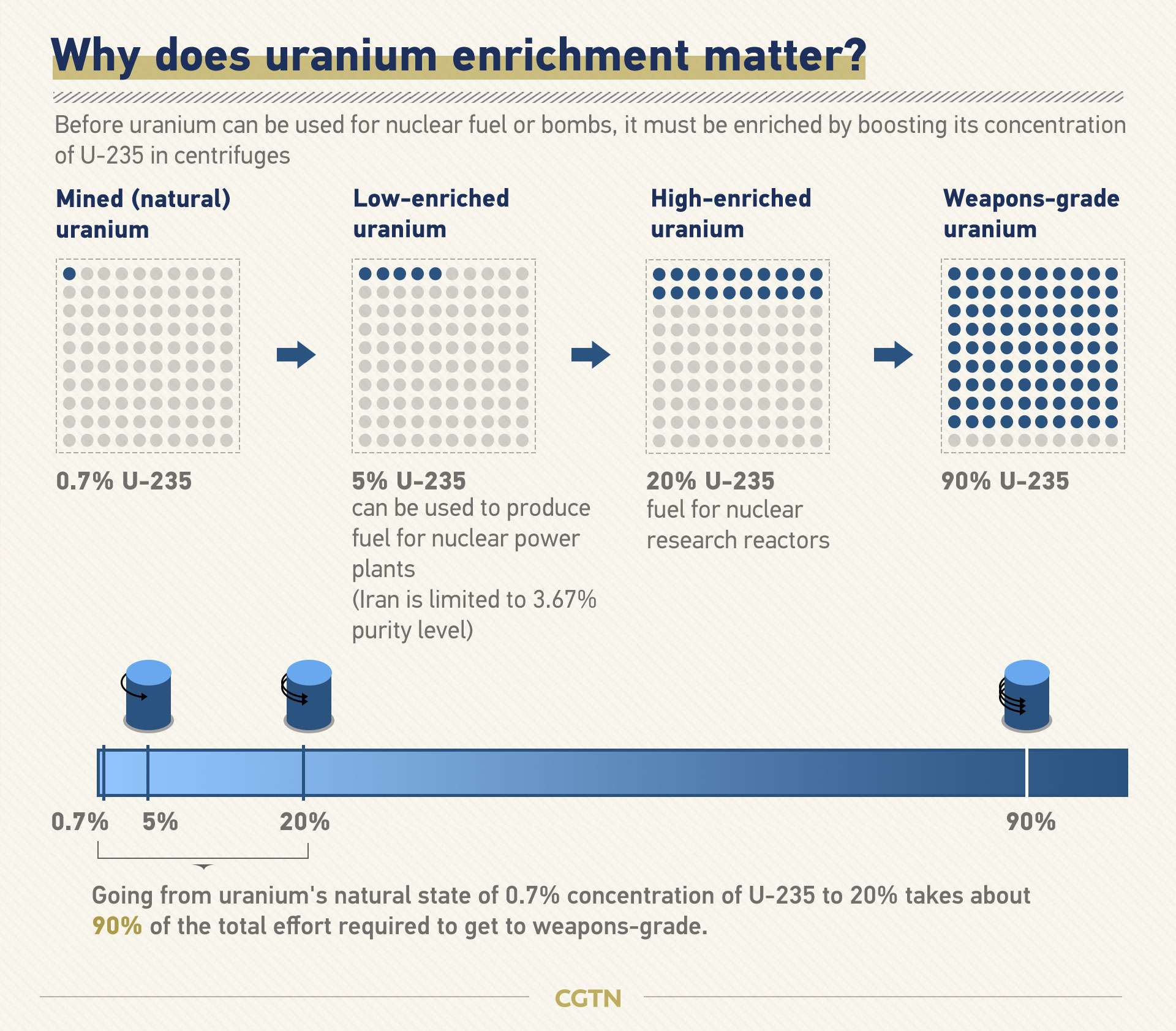 Charts of the day: How has Iran been affected by U.S. sanctions?