Download
Graphics: Will we have more deaths from non-communicable diseases by 2030?
By Pan Zhaoyi 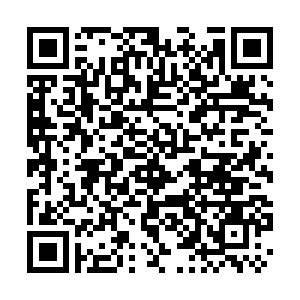 Believe it or not, heart diseases, cancers and diabetes, notorious but commonly seen non-communicable diseases (NCDs), are the main culprits behind deaths around the world.

Each year, an average of 36.2 million people die of NCDs, equivalent to 68 percent of global deaths; every 2 seconds someone aged 30 to 70 years dies prematurely from NCDs; billions of people have suffered from these chronic diseases, according to the World Health Organization (WHO). 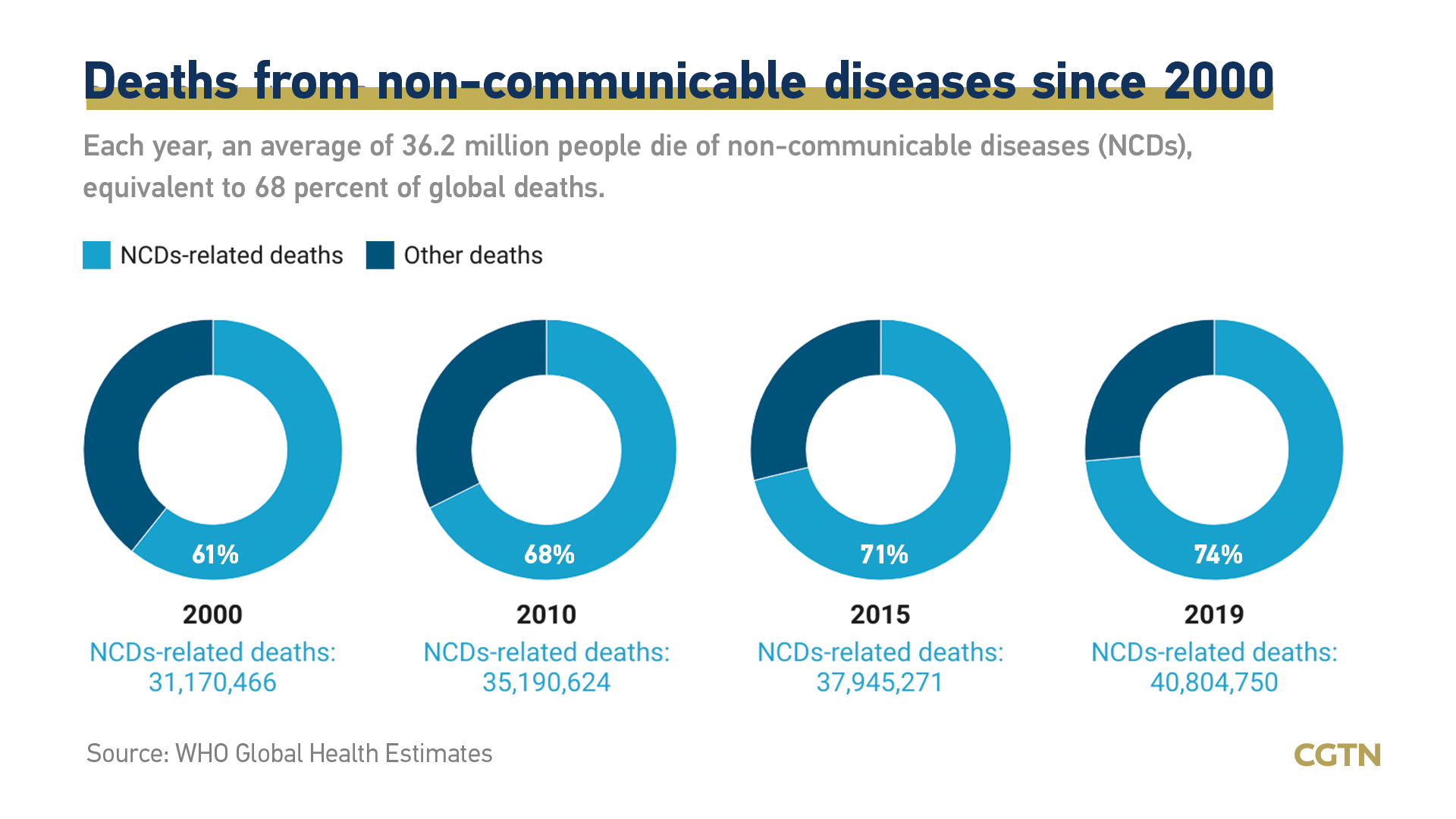 In response, the WHO developed a global action plan in 2013, with a vision to reduce as much the preventable and avoidable burden of morbidity, mortality and disability caused by NCDs as possible by 2030.

As countries' officials are conducting a mid-point evaluation of the progress at this year's World Health Assembly (WHA) held from May 24 to June 1, we take a close look at the NCDs and see how they have changed over the years. 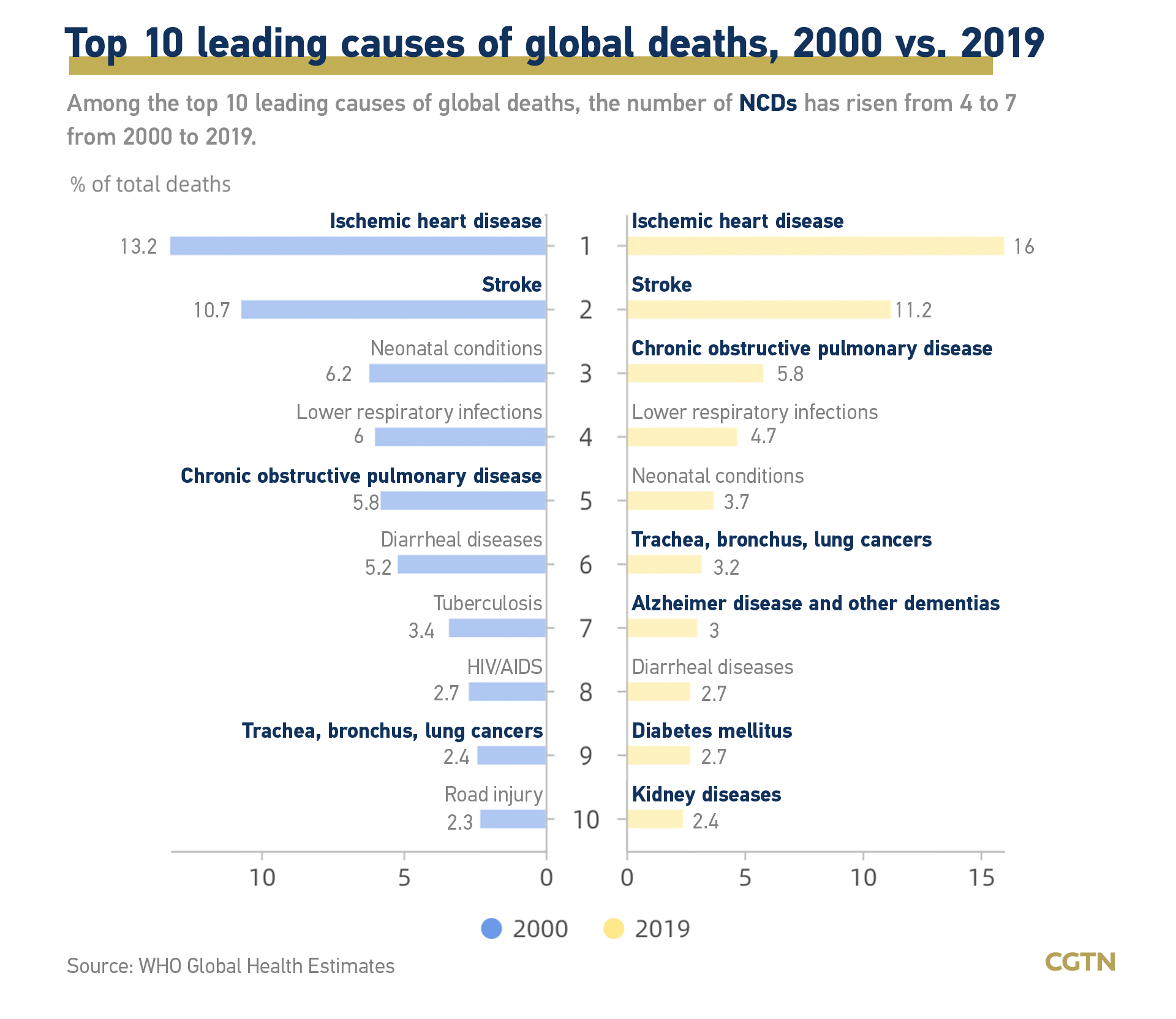 The latest report from the WHO shows that NCD-led deaths have experienced a sharp increase over the past two decades. Among the top 10 leading causes of global deaths, NCDs have risen from four to seven.

Heart disease has remained the No.1 killer for the last 20 years, and it is now killing more people than ever before. The number of deaths resulting from cardiovascular diseases increased from 14.3 million in 2000 to 17.8 million in 2019, data suggests.

Alzheimer's disease and other forms of dementia are now among the top 10 causes of death worldwide, and deaths from diabetes increased by 70 percent globally between 2000 and 2019. 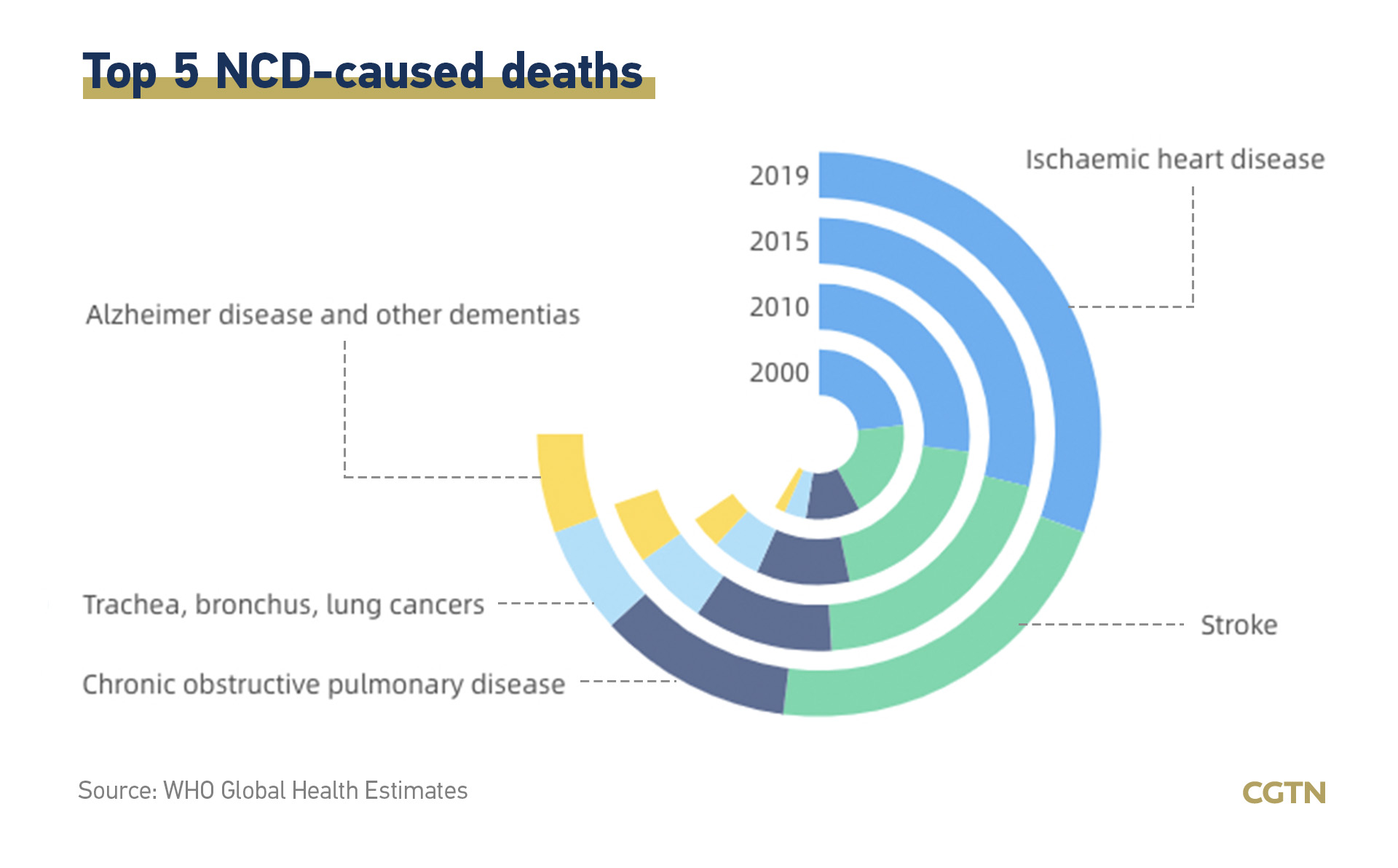 "These new estimates are another reminder that we need to rapidly step up prevention, diagnosis and treatment of NCDs," said Dr. Tedros Adhanom Ghebreyesus, director-general of WHO.

Countries have carried out policies and taken coordinated actions from local to global to reduce the death rate caused by NCDs since 2013. One indicator that can be easily noticed is the change in the risk factors associated with these diseases. 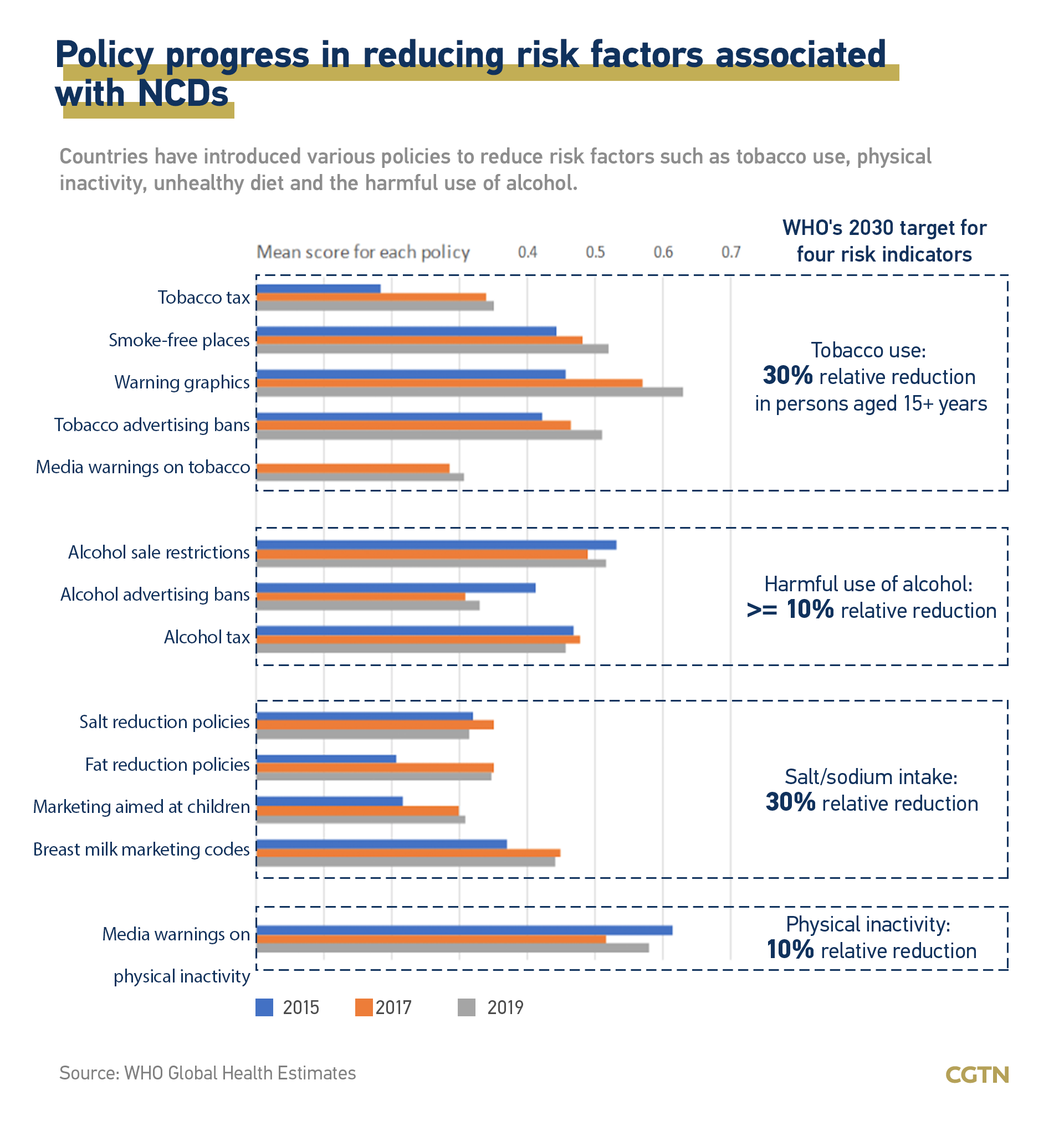 For example, the percentage of countries with a policy on harmful use of alcohol rose from 48 percent in 2013 to 74 percent in 2019, for physical activity from 52 percent to 79 percent.

The mid-point evaluation submitted to the WHA has concluded that overall, the global plan has contributed to raising the profile of NCDs internationally and has seen an increase in the number of countries adopting a national NCD policy, strategy or action plan.

However, implementation progress has been slow. More is needed to ensure NCDs are managed effectively through primary care so that people with NCDs are diagnosed, treated and have their conditions controlled.

The WHO warned that the outbreak of COVID-19 has caused devastating disruption to services for the prevention and treatment of NCDs in almost all countries, and is likely to lead to a "long-term upsurge in deaths from NCDs."