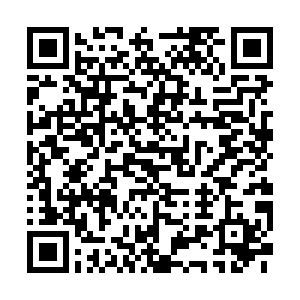 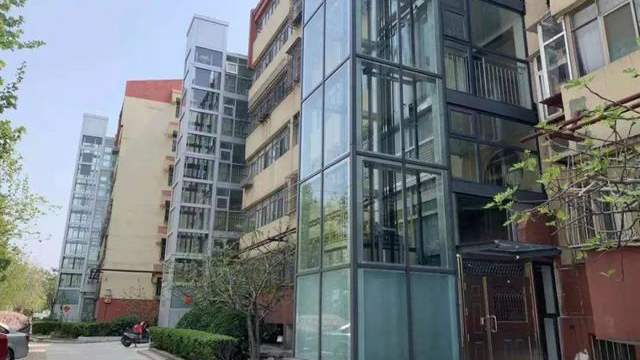 China has quickened the pace of renovating old residential houses. The country's 14th Five-Year-Plan pledges to renovate all old residential houses built before 2000 in need of repair. And social finance is urgently needed in this process. Jinsong community has set up a fine example of private enterprises joining in the renovation efforts.

Electric wires used to hang overhead, but now they are all put underground. Bicycles and cars were parked randomly in the street, but that is no longer a common scene as cars are now parked in order. Dilapidated and idle spaces have been converted into a hair salon, tailor shop and a place for social life for residents.

Jinsong community was constructed in the late 1970s. This renovation, involving 36 buildings, started in 2018 and was completed in August 2019. It is beneficial to about 4,000 residents, 40 percent of which are elderly.

"Previously, the hair salon was in a corner. It was old and shabby. Now, it is near the gate of this apartment compound and the environment is very pleasant," said 68-year-old Gao Xiaohui.

Many old buildings in Beijing have six floors without an elevator, so adding one is much needed by many older residents. But because they have to pay some management fees every month, that causes some opposition among some residents. While other residents are pushing for more elevators.

Zhu Zhen, 72, who lives in a building with no elevator, said when he was young, he didn't think climbing stairs was a big deal. However, he now thinks it's necessary to have one.

China Visionary, a company dedicated to the city's regeneration, invested 30 million yuan ($4.7 million) in the renovation of the Jinsong community. In addition to this face-lift, the company has also taken on the area's property management.

Despite the project being a public good, but the company has still found a way to earn a profit in the long run, and aims to replicate it in other districts of Beijing and other parts of the country.

Qu Guang, regional director of Chaoyang District for China Visionary, said the company invests in the renovation and obtains operational rights of some idle spaces in return. Meanwhile, renting, property management and fees for using some of the facilities make up their earnings. Their gross profit is 8 percent and net profit is 3 percent. Although returns for the whole investment may take up to 10 years, they have prepared for the long-term return. Duplicating the format to other districts can also reduce costs and amplify earnings, he added.

According to Qu, the country is encouraging private companies to help with renovation projects. The company is now enjoying some low-interest loans. As a trailblazer in this field, it has also invested in similar projects in five Beijing districts and its business has already extended to 42 other cities in China.

China Visionary is the first privately owned company to conduct a complete renovation project of a residential community in China, from upgrading the facilities to taking on property management. The company said the country has entered into an "existed housing" market, which is a blue ocean market for both developers and property operators.

Beijing launched the renovation of 261 residential districts in 2020 and 300 in 2021. Zhang Baochao, the municipal government official responsible for the initiative, echoed the pace has definitely quickened as the number was only 10 in 2017. Now the government is mainly responsible for the basic renovation, according to Zhang, the rest is reliant on the help of private enterprises.

"Government will put money in basic renovations, such as repairs relating to electricity, water and gas pipelines, and roads," Zhang told CGTN. "But when it comes to upgrading public spaces, and installing facilities to raise the living standard of residents, such as the building of convenient stores, installing elevators, and introducing property management, we need the involvement of private and state-owned companies."

Beijing Capital Development Holdings, a state-owned company, and China Visionary, a private enterprise, are forerunners in the field of residential area rejuvenation.

The Chinese government has come up with policies to attract private and state-owned companies to participate in the nationwide renovation effort, including tax and fees reduction and low-interest rate loans. But time is needed for all these policies to really be put into practice. And Zhang believes that more private enterprises will be joining in this effort in the near future.