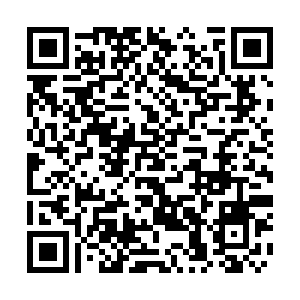 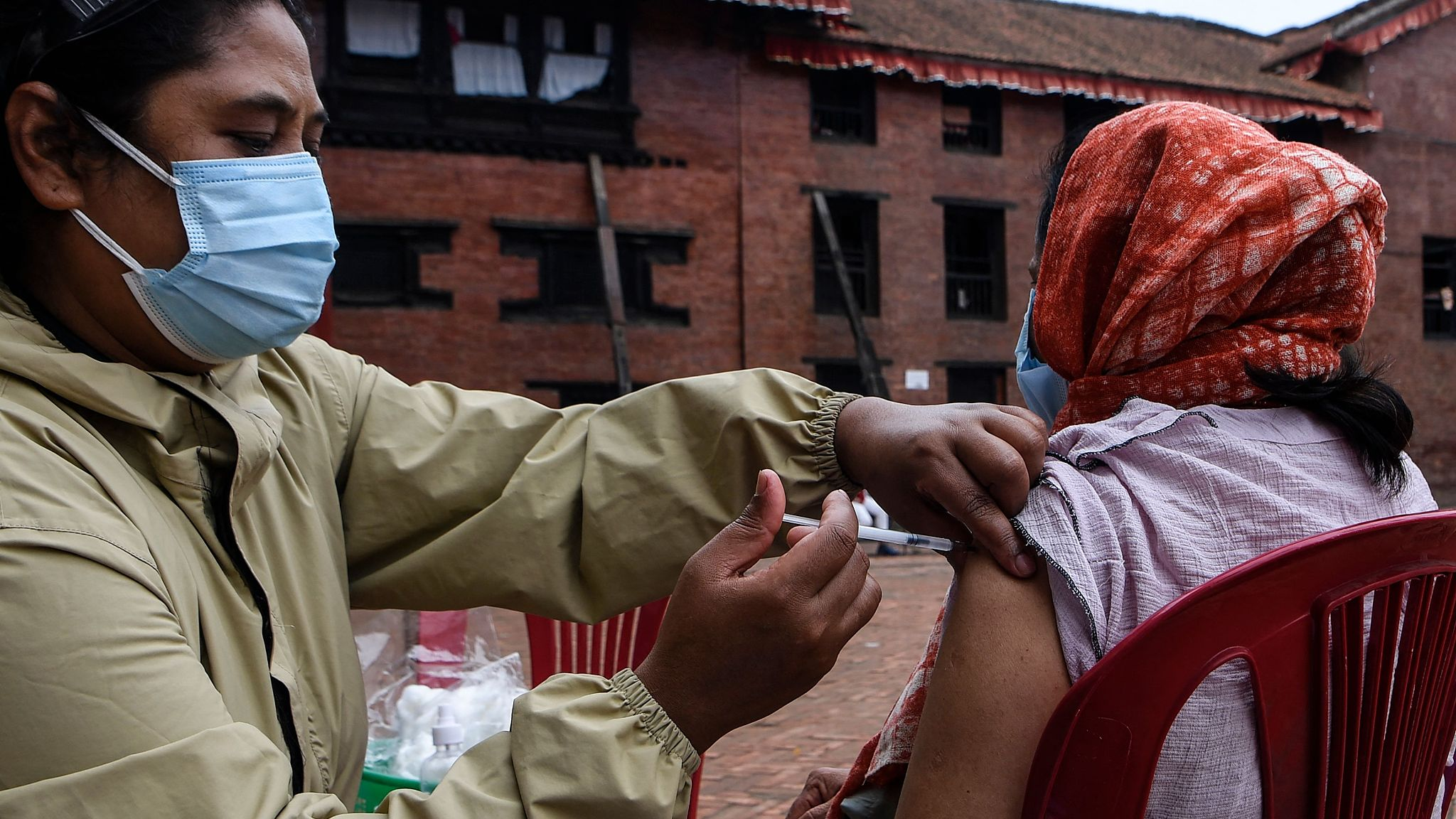 A health worker inoculates a woman with the Chinese-made COVID-19 vaccine in Kathmandu on May 25, 2021. /CFP

A health worker inoculates a woman with the Chinese-made COVID-19 vaccine in Kathmandu on May 25, 2021. /CFP

On May 26, Chinese President Xi Jinping held phone talks with his Nepali counterpart Bidya Devi Bhandari. He pointed out that China will continue to provide support to the Nepali side to the best of its ability and expressed belief that the Nepali people will surely win in the fight against the pandemic.

The China-Nepal relationship acts as a blueprint for other states in the region in the current environment. It has stood the test of time in the absence of political disputes, allowing both countries to foster a special relationship. In the current pandemic environment, such an approach is exactly what is needed.

Kathmandu is seeing a spike in COVID-19 cases which, much like its neighbor India, has had a disastrous impact on its health infrastructure. The country has been scrambling to procure vaccines at a time when global inequitable access to jabs and a dire health situation in neighboring India have left it in a quandary with little avenues to turn to.

Its relationship with China allows for shared understandings on crisis management in the absence of political baggage impeding vaccination efforts. A day before President Xi announced the provision of support, Nepal opened a consulate general office in the city of Chengdu – its fifth diplomatic mission in China. The Nepali Ambassador to China Mahendra Bahadur Pandey said that the new office would help promote all round exchanges with the country, lending valuable support towards pursuing peace, prosperity and development.

It's worthwhile to understand the dynamics underpinning China's response to Nepal given that global inoculation efforts face serious impediments despite the presence of mechanisms such as COVAX. On April 27, Chinese Foreign Minister Wang Yi held a virtual meeting with his counterparts from five countries, including India, to chart a new path towards ensuring a swift post epidemic recovery for countries in the region, including Nepal. 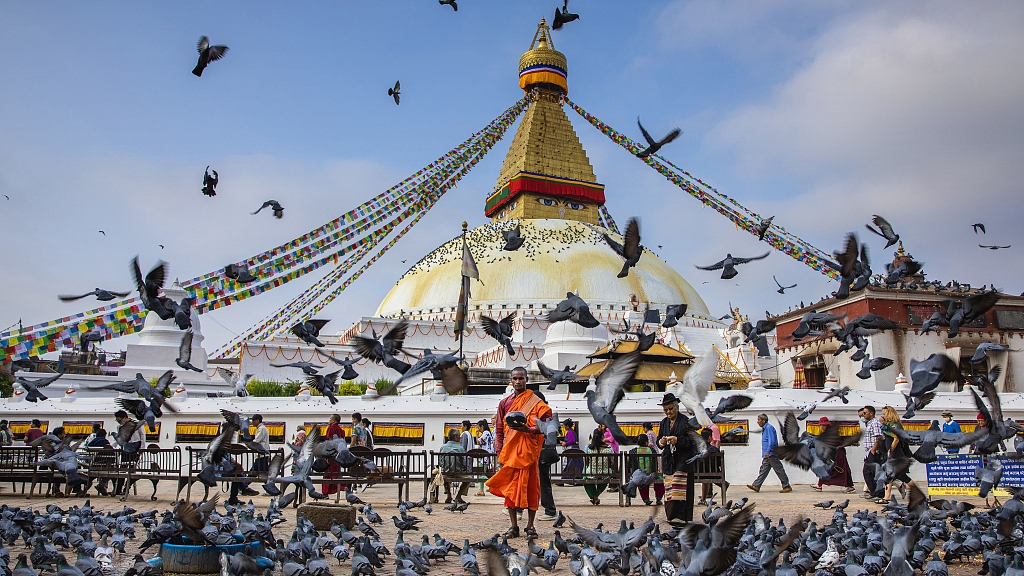 Pigeons fly in the courtyard of a monastery in Nepal on September 7, 2017. /VCG

Pigeons fly in the courtyard of a monastery in Nepal on September 7, 2017. /VCG

Noteworthy is the agreement reached in April to build reserves of "emergency supplies" with South Asian nations with the aim of enhancing emergency response systems and focusing on capacity building to avert a huge public health crisis. This was further complemented with a commitment towards building a shared community for all regional stakeholders to tackle the pandemic. This unrelenting focus on capacity building and swift delivery is enshrined in the essence of a bilateral relationship that extends beyond borders.

China and Nepal are able to cooperate smoothly due to historical realities from principles and foundations enshrined in the Sino-Nepalese Treaty of Peace and Friendship of 1960 which enabled Kathmandu to join the Belt and Road Initiative in 2017. The agreement also allowed Nepal to become the first country to ratify a border agreement with China in the absence of border disputes.

The fact that this has persisted today is commendable given that lingering conflicts, disputes and arms build-ups unfavorable to bilateral relationships characterize the globe. Additionally, the vast economic disparity between China and Nepal has only served as a bridge instead of a barrier for increased cooperation in vaccination efforts. Regional mechanisms to deal with the pandemic with an emphasis on open borders between states can only materialize in the absence of hostilities and suspicions.

Even the famed and revered Mt. Qomolangma, or Mt. Everest as it is also known, acts as a symbol of strength between the two countries given that its summit point runs across the Nepalese-Chinese border. In December last year both countries sent their surveyors to ascertain the exact height of the world's tallest mountain.

Now with the pandemic wreaking havoc in Nepal, this bilateral relationship has gained strength from adversity with unconditional munificence being a defining characteristic. It provides an ideal blueprint for other states and the international community to follow in the current geopolitical environment.