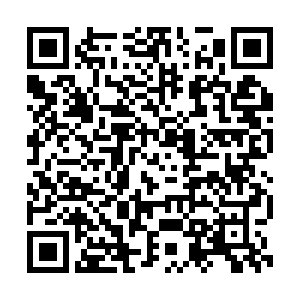 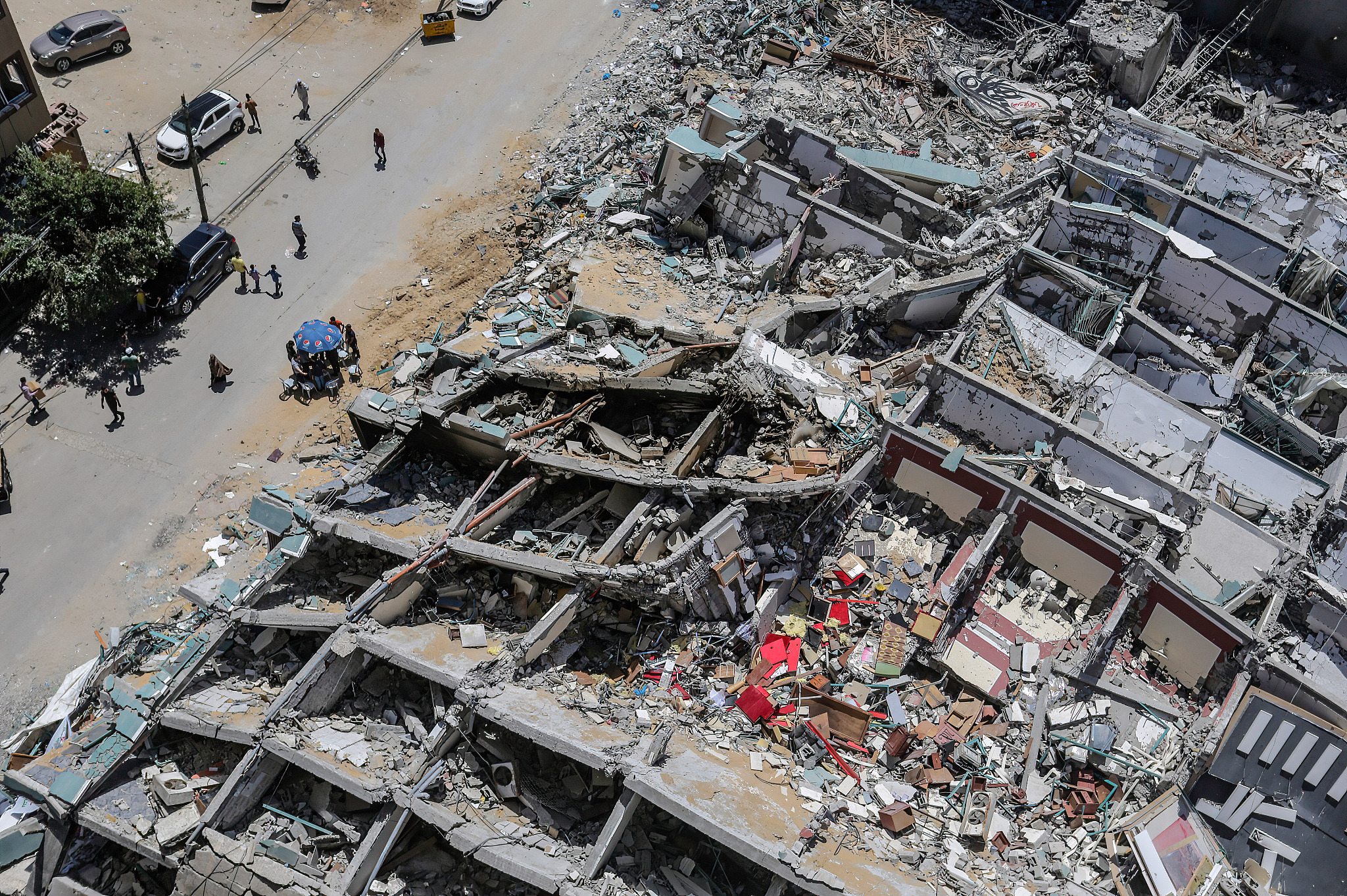 The Jala Tower in Gaza City that was levelled by an Israeli air strike during the recent military conflict between Israel and Palestine, May 26, 2021. /CFP

The Jala Tower in Gaza City that was levelled by an Israeli air strike during the recent military conflict between Israel and Palestine, May 26, 2021. /CFP

A Chinese envoy on Thursday asked for robust actions of the United Nations Security Council to address the Palestinian-Israeli issue.

"The Security Council bears the primary responsibility for the maintenance of international peace and security, and as such, must take robust actions to address the Palestinian-Israeli issue and reaffirm its unwavering support for a two-state solution," said Zhang Jun, China's permanent representative to the United Nations.

The Palestinian-Israeli issue has been on the UN agenda for more than 70 years. Each time the Palestinian-Israeli situation is thrown into turmoil, it serves as an alarm bell for international rule of law, weighs on human conscience, and tests the effectiveness of multilateral mechanisms, he told the Security Council.

"The latest round of conflict reminds us, once again, that we cannot afford to allow the Middle East process to go off the rails, or to push the question of Palestine to the margins, or to overlook the suffering of the Palestinian people and their well-deserved rights, or to forget the many binding resolutions adopted by the Security Council, or to shirk the responsibility the Security Council must undertake," he said.

As Chinese State Councilor and Foreign Minister Wang Yi pointed out at an emergency meeting of the Security Council on May 16, an enduring settlement can only be achieved on the basis of a two-state solution. Only when the issue of Palestine is resolved in a comprehensive, just and sustainable way, can lasting peace and security for all be truly achieved in the Middle East, said Zhang.

"We must push the two parties to relaunch equal-footed dialogue at an early date to rebuild trust, overcome their differences, and find a way to live in peace side by side. The international community, especially countries with influence on Palestine and Israel, must take an objective and impartial position and work hard to facilitate the Middle East peace process while enhancing international coordination and strengthening the synergy for peace," he said.

Fragilities persist on the ground despite the cease-fire. The international community must step up efforts to ensure that the parties concerned respect the cease-fire in good faith in the interests of restoring calm as soon as possible, he said.

Renewed confrontation in and outside Al-Aqsa Mosque last weekend pointed to continued tensions in East Jerusalem. China, once again, urges all parties concerned to exercise restraint and refrain from any moves that may escalate the situation. Israel must genuinely put an end to violence, threats, and provocations against the Muslim community, maintain and respect the historical and present status quo of the holy sites in Jerusalem, stop evicting Palestinian people and halt all settlement activities, he said.

The humanitarian crisis in the occupied Palestinian territory is concerning. In Gaza, years of blockade, COVID-19 and now over 10 days of clashes and turmoil have conspired to plunge the residents of Gaza – over two million of them – in dire straits, said Zhang.

"We call on the international community to act without delay and provide humanitarian assistance to Palestine through multiple channels and emergency funding to the UN Relief and Works Agency for Palestine Refugees in the Near East (UNRWA). We call on Israel to facilitate humanitarian access and completely lift the blockade on Gaza as soon as possible."

China will send $1 million in cash to Palestine as emergency humanitarian aid, donate another $1 million to UNRWA and 200,000 doses of COVID-19 vaccine. China will continue to do whatever it can to help the Palestinian people in ways that address their practical needs, he said.

China calls on the international community to uphold peace and justice, fairness and good conscience, practice genuine multilateralism, and make due contributions to the just and lasting settlement of the Palestinian question, he said.