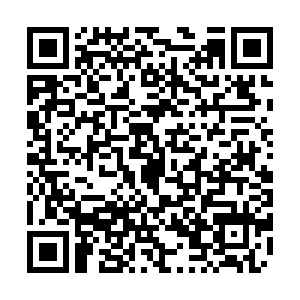 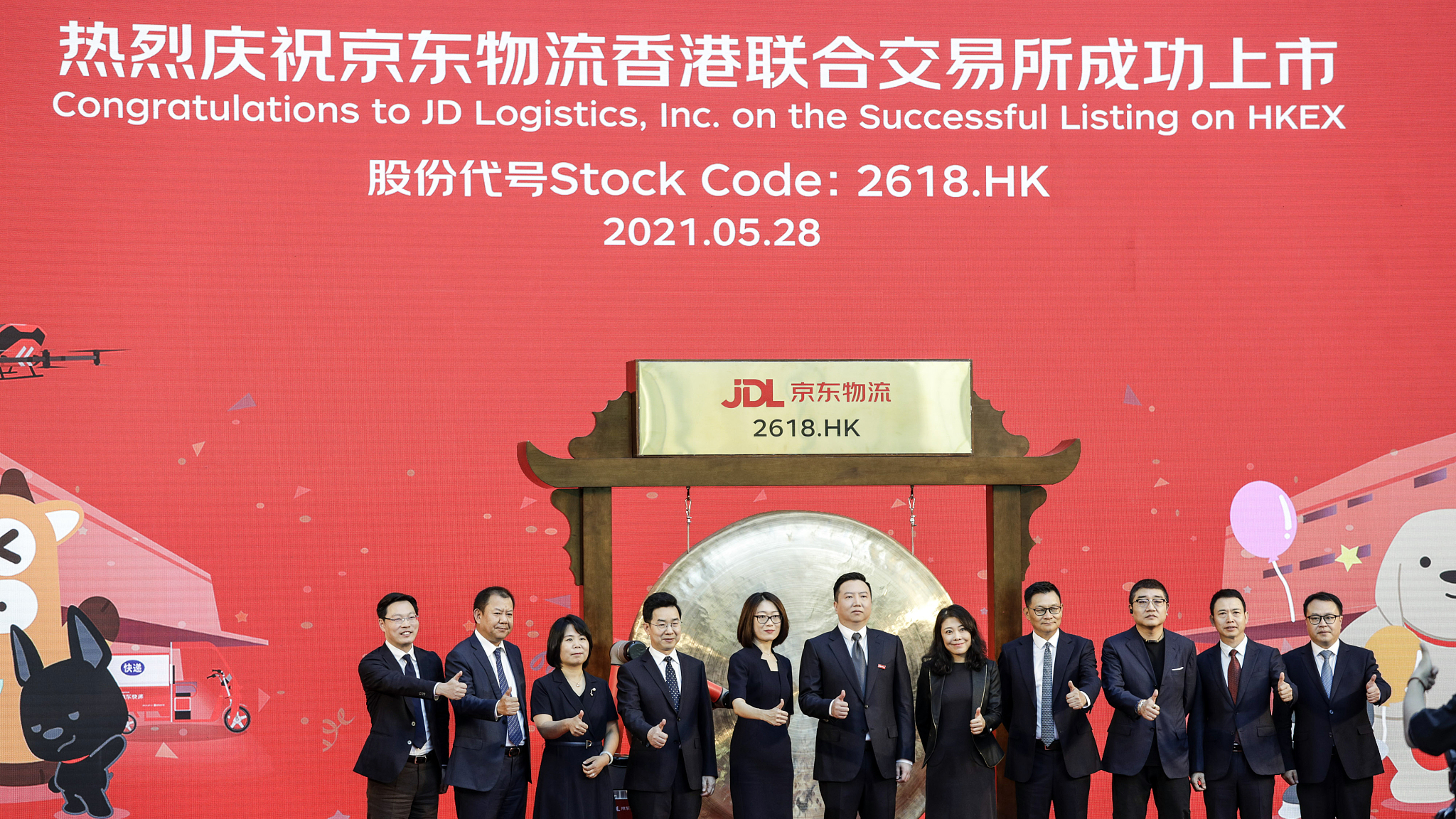 A ceremony marking the debut of JD Logistics on the Hong Kong Stocks Exchange at JD.com headquarters in Beijing, China, May 28, 2021. /CFP

A ceremony marking the debut of JD Logistics on the Hong Kong Stocks Exchange at JD.com headquarters in Beijing, China, May 28, 2021. /CFP

JD Logistics soared by 14 percent on debut, giving the Chinese delivery and warehousing firm a $36 billion stock market value and providing a strong start on Friday for what is the third mega listing in Hong Kong so far this year.

Shares of the company spun out from Chinese e-commerce firm JD.com, opened at HK$46.05 compared to the HK$40.36 price in their initial public offering (IPO). The city's benchmark Hang Seng Index was up 0.36 percent.

JD Logistics' stock gains come after it priced its $3.2 billion IPO closer to the lower end of an indicated range.

"We are going to use the funds raised from the IPO to further improve our networks, including in the lower-tier and suburban areas in China, and the infrastructure of the overseas markets," JD Logistics CEO Yu Rui told a briefing in Beijing on Friday to mark the listing.

The company's securities filings showed the retail portion of the IPO was oversubscribed 715 times by individual investors who were competing for just 3 percent of the stock on offer.

The high level of demand among retail investors meant that under Hong Kong's 'clawback' rules the stock on offer rose to 9 percent from 3 percent, according to the filings.

The institutional investor part of the deal was 10.18 times oversubscribed and 580 investors were given stock, the filings showed.

Cornerstone investors, who bought into the deal before it was opened to the public and included high profile investors such as SoftBank Group Corp's Vision Fund, Temasek Holdings, and BlackRock, took 48.3 percent of the shares.

The IPO is the second-largest in Hong Kong in 2021 and the third to raise more than $1 billion in the city this year.

The other two were Kuaishou Technology, which leaped by 161 percent on debut in January, and Linklogis, which gained by 9.9 percent in April on opening day.