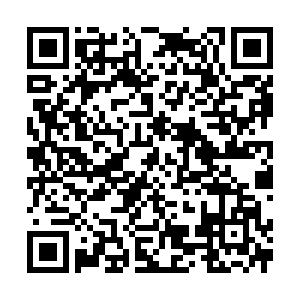 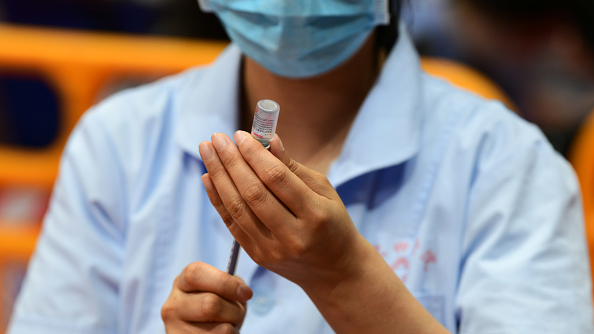 A nurse prepares a shot of covid vaccine at a mass inoculation site in a gym in Nanchang, central China's Jiangxi Province, May 27, 2021. /Getty

A nurse prepares a shot of covid vaccine at a mass inoculation site in a gym in Nanchang, central China's Jiangxi Province, May 27, 2021. /Getty

Editor's note: Dennis Etler is a current affairs commentator who holds a doctorate in anthropology from the University of California, Berkeley. He has taught at college and university level for over 35 years. The article reflects the author's opinions and not necessarily the views of CGTN.

Washington and its media mouthpieces have recently revived their disinformation campaign about an alleged leak of Sars-CoV-2, the pathogen responsible for COVID-19, from the Wuhan Institute of Virology. This nugget of disinformation was seemingly laid to rest months ago but has suddenly resurfaced.

The U.S. is increasingly worried about falling behind China both economically and technologically. As a result, it is going all out to try and stigmatize and isolate China diplomatically. Hence, refocusing attention on the Wuhan Institute of Virology as the target of investigation for COVD-19 origins fits into its China-bashing disinformation campaign and also takes the spotlight off evidence of the U.S. bioweapons program as a source for the novel coronavirus.

Thus, there is a concerted effort underway to rewrite history and resurrect the discredited conspiracy theory that Sars-CoV-2 leaked from the Wuhan Institute of Virology. The latest iteration is based on unverified "intelligence" sourced from an undisclosed third party that three Wuhan Institute of Virology staffers came down with flu-like symptoms in November 2019 and went to a hospital for treatment.

There is no evidence other than hearsay that these allegations are true and they have been vehemently denied by Institute administrators. Nonetheless, unlike in the U.S., in China it's perfectly normal for people who fall ill to go to a hospital for outpatient treatment. As seasonal illnesses such as the flu are contagious it would also be perfectly normal for a cluster of people to come down with symptoms simultaneously. The whole scenario is a tempest in a teapot and not worthy of comment or consideration.

But, this spurious report has generated an immense amount of Western media coverage and has led to U.S. politicians demanding new investigations into COVID-19 origins with a focus on the Wuhan Institute of Virology being the source of the novel coronavirus that causes COVID-19.

The question should be asked: why has this discredited story been resurrected as there is no new credible evidence to support it? The answer is very simple -- the U.S. is not interested in researching the origins of COVID-19, it is only interested in politicizing the issue and further stigmatizing and demonizing China by mounting a disinformation campaign spread by the very same U.S. intelligence community that is well known for disseminating lies and slanders in pursuit of U.S. foreign policy goals. As former CIA director during the Reagan administration William J. Casey is quoted as saying, "We'll know our disinformation program is complete when everything the American public believes is false." 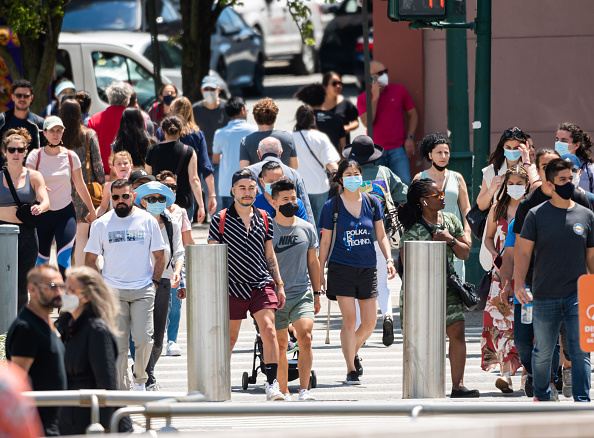 There are other reasons as well. By refocusing attention on the alleged Chinese origin of COVID-19, mounting evidence of an early global spread of the disease has been put on the back burner. Left in the dust is the accumulating evidence that COVID-19 was in the U.S. as early as December 13, 2019 and in Italy as early as September 2019, based on positive Sars-CoV-2 antigen testing of blood donor and serological samples in the U.S. and Italy, respectively. As it takes a couple of weeks for COVID-19 antibodies to form after initial infection, based on this evidence the timeline for the spread of the disease is pushed back to late summer of 2019 in Italy and late fall of 2019 in the U.S.

Other evidence of an even earlier, below the radar spread of COVID-19 in Spain, France and elsewhere based on wastewater samples, chest radiographs and anecdotal evidence has been expunged from the recent spate of speculative reporting. If it is verified that COVID-19 was circulating globally months before the outbreak in Wuhan, the whole Western narrative that blames China for the pandemic falls apart. Hence, Western news agencies make no mention of those reports in their coverage.

A number of false and misleading claims also continue to be made. The accusation that the outbreak in Wuhan originated at a wet food market has been refuted, but it is still mentioned in many Western media reports. The mere fact that the Wuhan Institute of Virology collected viral samples from bat populations in southern China, which is part of its mission, has also been used to defame the Institute as a likely source for the infection.

Moreover, not mentioned is the well-documented fact that the U.S. has been very active in collecting coronavirus samples from bats for biological research. Both the U.S. Agency for International Development (USAID) and the National Institutes of Health (NIH) have funded joint research on bat coronaviruses collected in southern China. It is also well documented that the U.S. Army Medical Research Institute of Infectious Diseases (USAMRIID) at Fort Detrick, Maryland which has a long history of leaks and breached safety protocols, has been studying novel coronaviruses. Undiagnosed respiratory illnesses and associated deaths also occurred in the summer of 2019 at two nursing homes in Fairfax, Virginia which is a bedroom community serving Fort Detrick, after the USAMRIID was shut down over safety concerns in July 2019. All this circumstantial evidence of a possible leak of a novel coronavirus from Fort Detrick is no more nor less credible than the Wuhan Institute of Virology scenario, but any speculation regarding Fort Detrick as a source for COVID-19 is summarily dismissed as a "conspiracy theory" that lacks merit by U.S. authorities and the U.S. news and social media.

China's success in providing COVID-19 vaccines to the global South that far outstrips anything the U.S. has done, is another reason the U.S. wants to float the idea that the pandemic is China's fault. The U.S. plan to rely on Indian manufacturing capacity to supply vaccines to the developing world has been scuttled by the collapse of India's pharmaceutical industry in the wake of the second wave of infection that has decimated the Indian health care system.

It's obvious that China is gaining a lot of friends and influence with its "vaccine internationalism" while the U.S. is chastised for its "vaccine nationalism," hence, another reason to refocus on the "blame game" and revive the Wuhan lab leak disinformation campaign.

In summary, there is no reason for the Biden administration to task the U.S. intelligence community with finding the origin of COVID-19 with an emphasis on China. It is a purely politically motivated request with no scientific basis.