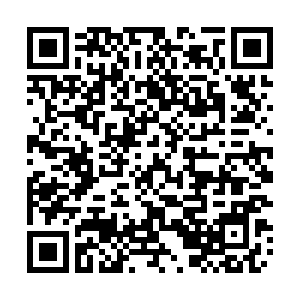 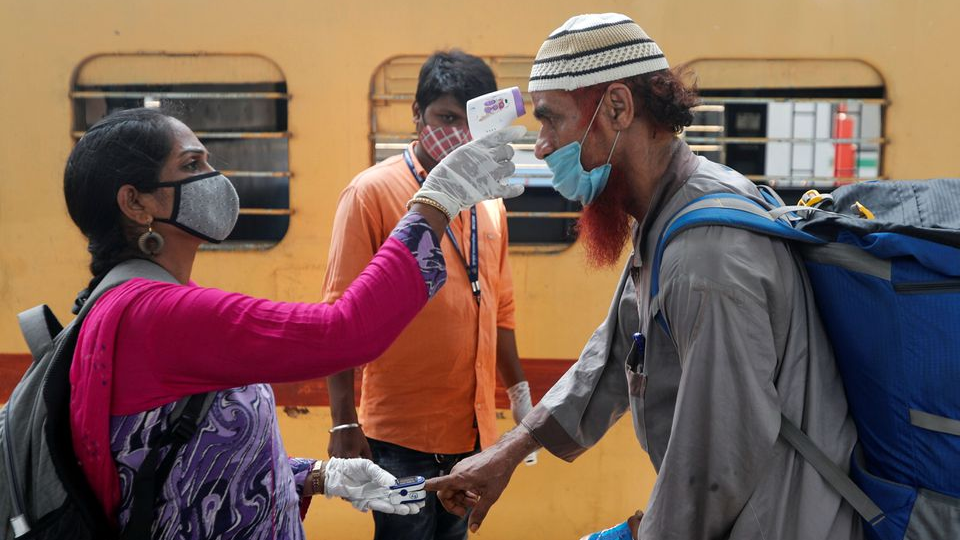 A health worker checks a passenger's temperature and pulse at a railway station platform amid the spread of COVID-19 in Mumbai, India, April 7, 2021. /Reuters

A health worker checks a passenger's temperature and pulse at a railway station platform amid the spread of COVID-19 in Mumbai, India, April 7, 2021. /Reuters

Editor's note: Kaushik Basu, a former chief economist of the World Bank and chief economic adviser to the government of India, is professor of economics at Cornell University and non-resident senior fellow at the Brookings Institution. The article reflects the author's opinions and not necessarily the views of CGTN.

The world is currently transfixed by the second wave of the COVID-19 pandemic sweeping through many regions, especially Asia, Africa, and South America. But, focused as we are on the public health crisis, we risk overlooking pandemic-related economic problems that could plague developing countries long after the wave has receded.

At the global level, the International Monetary Fund has warned of a "Great Divergence," whereby rich countries recover strongly while others flounder. Recent evidence suggests that several advanced economies, notably the United States, and a few developing countries, like Vietnam, Thailand, and Bangladesh, seem to be pulling out of the crisis and could grow faster than they did before the pandemic. But many emerging economies and low-income countries are likely to languish for a long time.

A Great Divergence is visible even within economies. The pandemic has punished sectors such as hospitality, travel, and tourism, and boosted others like pharmaceuticals, digital platforms, and networking technology.

It is therefore not surprising that many rich people, including those who are good at navigating equity markets, have actually emerged from the crisis better off, while the poor have borne the brunt of its impact.

Therein lies the real danger. Unlike a pandemic that puts rich and poor alike at risk, the kind of economic crisis currently simmering in much of the developing world does not affect the rich as much and therefore does not generate headlines and is easy to disregard – that is, until it can no longer be ignored. 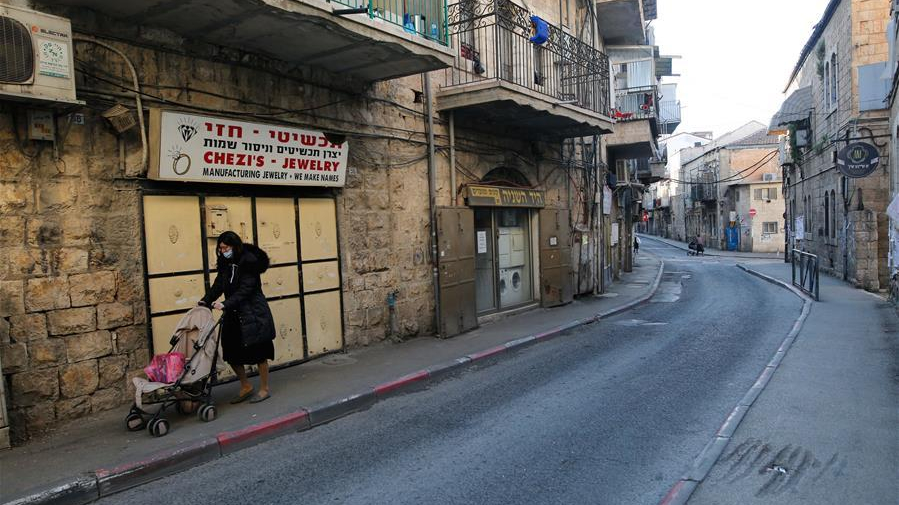 A street in the blocked Mea Shearim neighborhood in Jerusalem amid the coronavirus pandemic, April 12, 2020. /Xinhua

A street in the blocked Mea Shearim neighborhood in Jerusalem amid the coronavirus pandemic, April 12, 2020. /Xinhua

Sure enough, evidence of trouble is beginning to mount. Emerging economies everywhere face rising debts, and some, like Zambia and Argentina, have already defaulted. In 2020, Latin America's economy contracted  by 7.7 percent; the Philippines and India took even bigger hits, registering growth rates of -9.5 percent and -9.6 percent, respectively. And the World Bank estimates that the pandemic may have pushed up to 40 million people in Africa into extreme poverty.

The current wave of COVID-19 that began in India became discernible only in late March. Although systematic data regarding its economic impact are not yet available, anecdotal evidence paints a gloomy picture.

According to the Centre for Monitoring Indian Economy, the seven million jobs lost in April caused the national unemployment rate to jump to 8 percent, from 6.5 percent in March. Moreover, youth unemployment in India already reached an all-time high of 23.75 percent last year.

The regular reports of dead bodies being dumped into the River Ganges and washing up in small Indian towns and cities indicate the tragic severity. But they are also tell-tale signs of a brewing economic crisis.

For Hindus, not being able to acquire logs and find space to cremate the dead is a desperate situation. Only in cases of extreme poverty would they abandon this effort and throw corpses into the river.

Another sobering account comes from the two women who run Nanritam, a remarkable NGO that operates a school and an eye hospital in a remote part of West Bengal. They told me how registration at their school is down to nearly half its normal level.

Furthermore, the pandemic has forced thousands of the region's tribal chhau dancers and jhumur singers – whose only regular income is the Rs1,000 ($14) per month they receive from the state government – to resort to begging. When Nanritam recently announced its usual simple relief dole for the poor living around their campus, the NGO was taken aback by some who walked and cycled for miles to get it. 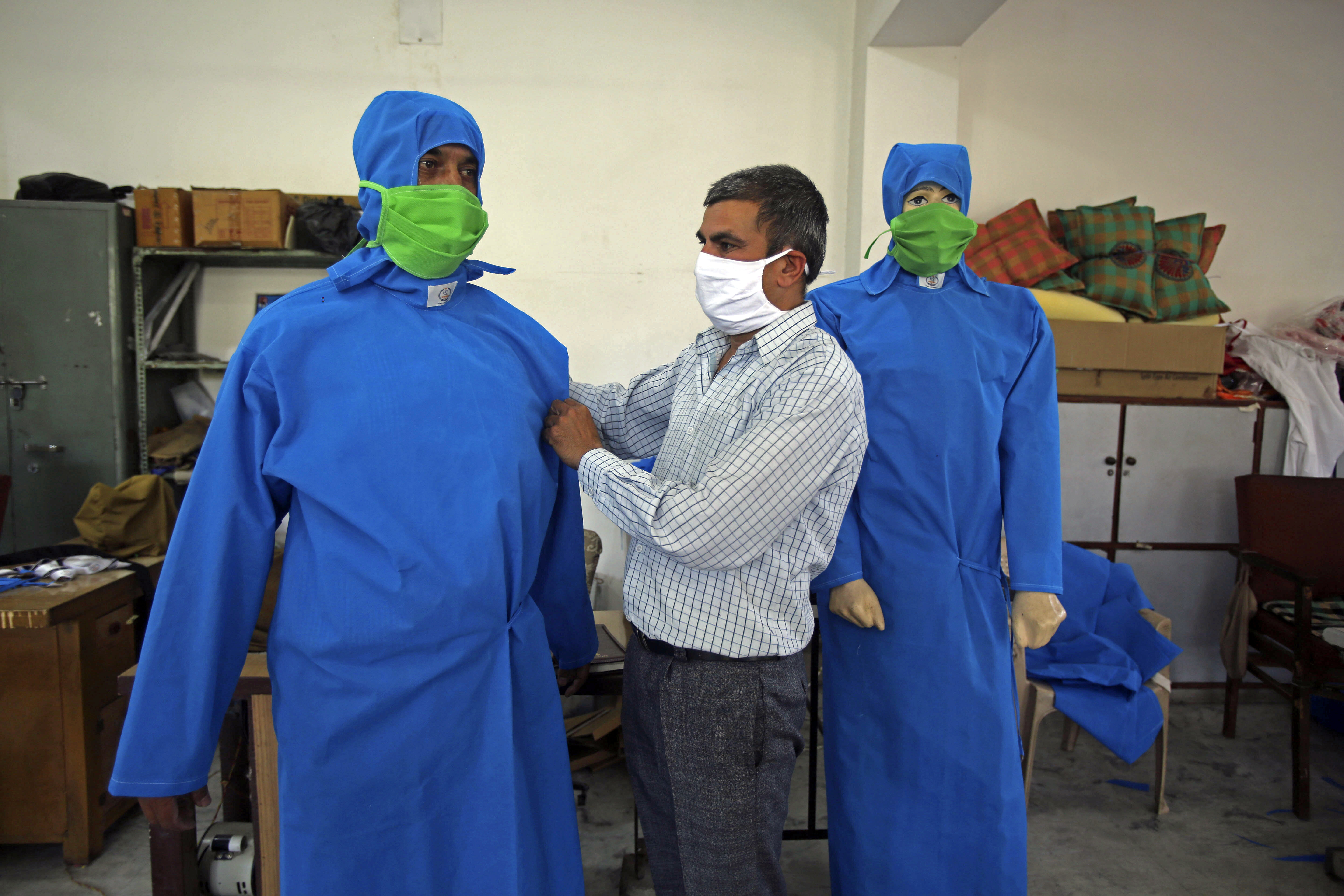 But, aside from such evidence, official data are also beginning to flash warning signs. Last month, Indian wholesale price inflation climbed to 10.5 percent, the highest rate in 11 years. This reflects mismatches in demand and supply, which, if not corrected soon, could become a major crisis, causing macroeconomic imbalances that can affect trade and financial flows.

India has a highly capable central bank, but many of the country's current problems will be difficult to rectify through monetary policy alone, because they arise from poor governance.

India therefore urgently needs policy blueprints for dealing with the crisis. Policymakers should recognize that when basic goods such as medical oxygen, vaccines, or food are in short supply, pure financial interventions may not work, because the rich will be prepared to spend whatever it takes to get what they need (and more as a precautionary buffer).

Providing the poor with cash support to make sure they can meet their basic survival needs will mean that the price of the good rises until the rich have what they want. The poor will thus be back at square one.

We see this kind of problem at both the micro and the international levels, notably with COVID-19 vaccines. Whereas many rich countries are buying up doses to secure ample stocks that go well beyond their basic needs, poor countries, including large parts of Africa, are left without any access to supplies.

Just as national governments in India and other developing countries have a lot to do, multilateral organizations such as the World Bank, the IMF, and the G20 also must act quickly to build up policy buffers and help coordinate support. Otherwise, today's looming economic threat will be tomorrow's front-page news.

Copyright: Project Syndicate, 2021.
(If you want to contribute and have specific expertise, please contact us at opinions@cgtn.com.)