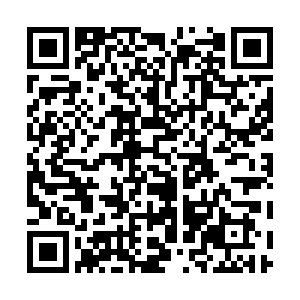 In the upcoming week, BRICS member countries will have talks online, and Peru will continue its second round of presidential election.

Eyes on BRICS to address COVID-19

A virtual BRICS ministerial meeting chaired by India, along with the foreign ministers of Brazil, Russia, China and South Africa, will be held on Tuesday. Ahead of the meeting, India's COVID-19 tally reached 27,894,800 on Sunday.

"The (BRICS ministers) will exchange views on topical issues of international agenda, including regional conflicts, strengthening of international institutions, countering new challenges and threats, including COVID-19, as well as cooperation between the BRICS countries in the multilateral fora," said a statement released by the Russian Foreign Ministry on May 27.

India-South Africa proposal at the World Trade Organisation (WTO) that asks for a patent waiver for coronavirus vaccines, and practical measures for cooperation on vaccines will be closely watched among the meeting hot topics, media reported.

About 60 countries have already backed the proposal, the U.S. has recently agreed to support it, while the European Union (EU) has yet to give its final decision on it.

India will be hosting the 13th BRICS summit later this year, an opportunity to celebrate its 15th anniversary in 2021. India announced its priorities for the BRICS@15 summit, with the motto "Cooperation for Continuity, Consolidation and Consensus" on the BRICS website.

On June 6, Peruvians will watch a tight contest between conservative candidate Keiko Fujimori, of the right-wing Popular Force party, and her rival Pedro Castillo, of the left-wing Free Peru party.

The National Office of Electoral Processes (ONPE) announced the runoff election in April after the two prevailed over a crowded field of candidates in the first round on April 11, with Castillo garnering 19.09 percent of the votes, and Fujimori becoming the runner-up with 13.36 percent of the votes.

While a May 21 poll by Ipsos Peru gave Castillo a four-percentage point lead over Fujimori, one undertaken four days later by Lima-based market research firm Datum International and the Gestion newspaper, reduced that gap to just one point.

Saturday: Gambia has its referendum election.