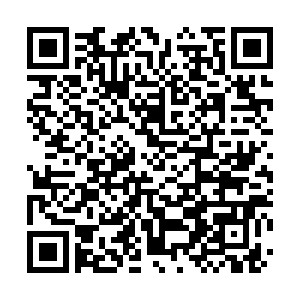 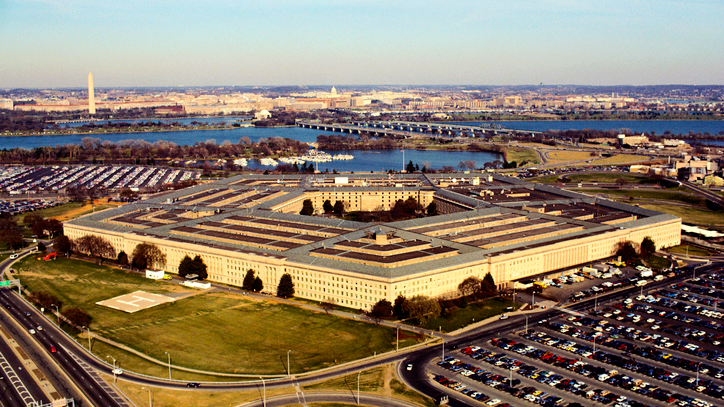 Aerial view of the Pentagon in Washington D.C., the United States. /Getty

Aerial view of the Pentagon in Washington D.C., the United States. /Getty

Editor's note: William Jones is a Washington policy analyst and a non-resident fellow of Chongyang Institute for Financial Studies, Renmin University of China. The article reflects the author's opinions and not necessarily the views of CGTN.

The indomitable William Arkin is again at it in uncovering further layers of U.S. "cloak-and-dagger" operations in that netherworld of spy vs. spy. In a recent article in Newsweek magazine, Arkin reveals the existence of an immense network of Pentagon-run operatives involved in a program entitled "signature reduction." According to Arkin, "the force, more than ten times the size of the clandestine elements of the CIA, carries out domestic and foreign assignments, both in military uniforms and under civilian cover, in real life and online, sometimes hiding in private businesses and consultancies, some of them household name companies."

In this age of cyberwarfare, he notes there are now a plethora of individuals working both under their own names and anonymously to ferret out the secrets of potential adversaries. This has grown, he indicates, with the growing emphasis on so-called major power rivals like Russia and China and the diminished importance of groups like Al Qaeda and other terrorist organizations.

Arkin feels that there are around 130 U.S. companies that are involved in this clandestine program, comprising as many as 60,000 people. Contracts are signed, false passports are printed, and operations are set into motion, largely with no oversight by the U.S. Congress or any other regulatory body. They may be people in your neighborhood who are part of the arrangement or someone you "friended" on Facebook. And "signature reduction" is keen on providing a useful "paper trail" to back up the false identities they may create in their work or online.

In the present circumstances, people should be quite concerned about these revelations. With the Biden Administration intent on creating a new "great wall" to fend off Chinese or Russian "threats," this type of activity is also being focused on those individuals, reporters, or politicians who do not show enough support for defending "the American Way."  We have seen this in the suppression of the Confucius Institutes at U.S. universities, but there has also been pressure on groups like the U.S.-China Friendship Societies, who have also been targeted as "fronts" for the Communist Party of China.

Then there is the issue of scholars and scientists in the U.S. who are engaged with their Chinese counterparts in trying to solve some of the major problems facing mankind whether it be in the field of medicine, energy or space. They too are being subject to the same type of scrutiny and disciplinary action to keep them in line. The more the U.S. describes its "rivalry" with Russia and China as "existential," the greater the danger that Americans will forfeit entirely their freedom to express their opinions, if that opinion is not totally in sync with the increasingly strident "mainstream" narrative. 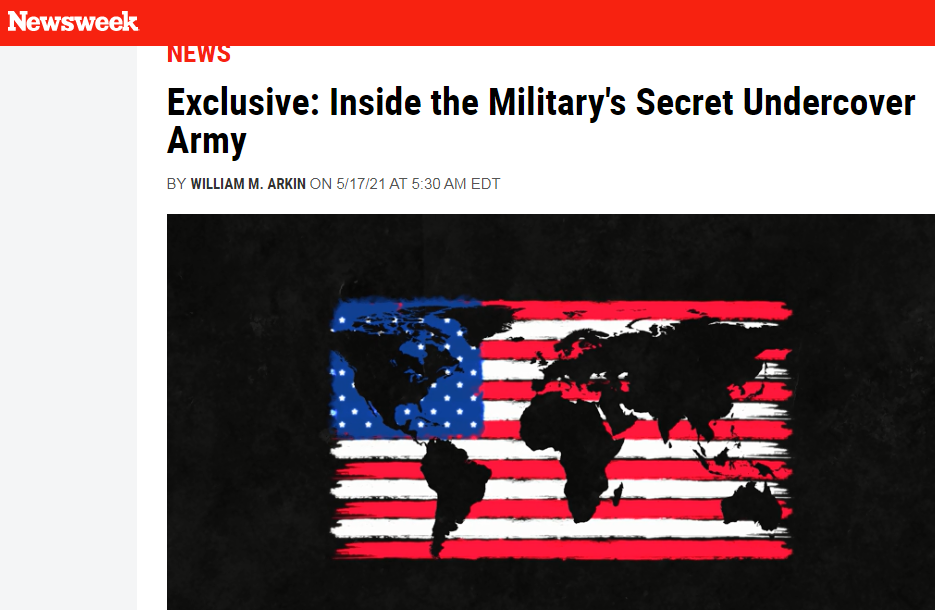 The article "Inside the military's secret undercover army". /Screenshot via Newsweek.com

The article "Inside the military's secret undercover army". /Screenshot via Newsweek.com

And, as Arkin indicates, there are now deployed tens of thousands of operatives in the country, who will be available for looking for those "fifth columnists" who dare to cast doubt on the "America First" under its new guise as "leader" of the "alliance of democracies."

The situation is reminiscent of the McCarthy era during the 1950s, but it has all the potential of becoming something far more serious. During that period, you also had the terrorization of the general population. Those who came back from World War II were encouraged to keep quiet if they wanted to keep their jobs, maintain their positions, or avoid jail. And, for the most part, they became quiescent and retreated into a suburban "lull" and the goals for which they were fighting under Franklin Roosevelt's leadership, realizing the "Four Freedoms" or industrializing the world, and eliminating poverty, were quickly forgotten in the frigid regime of the Cold War.

Today the situation is even more acute. The concerted efforts by the Biden Administration to sabotage China's industrial development, a development which was not supposed to occur in any "communist" country, is pitting the United States against a country that is one of the most important economic powers in the world today. As the battle on the economic front becomes more intense and clear victory is not seen on the horizon, this rivalry can quickly lead to military conflict, since the question of development for China is, for them, a real existential issue. And the increased military activity of the U.S. and its allies in the South and East China Sea can easily lead to an incident that will be difficult to control, particularly since there is still little to no communication between the two countries' militaries at the present moment.

If people don't wake up soon and react to the dirty operations that are being run against them by their own intelligence services, with the support of the U.S. media, many of whom could well be on this clandestine payroll, they may be waking up in a nation that has more similarities to that described by George Orwell than that depicted in our founding documents.