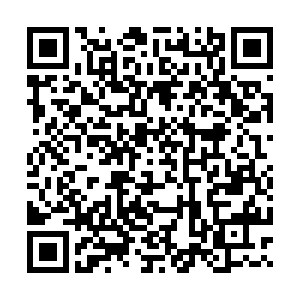 Editor's note: The United States plans to withdraw all forces from Afghanistan, apart from those guarding its embassy, by September. Despite peace overtures the Taliban say they don't recognize the country's government indicating they may push for a military victory once the U.S. withdrawal is complete. So, can the Afghan government survive and if so what might a potential peace deal between Kabul and the Taliban likely to look like? Jack Barton takes a look at what the future might hold from inside Afghanistan.

Almas raises a battered M-16 assault rifle to his cheek, squints through the sights and fires three rounds into the paper target downrange. Next to him another soldier attempts to fire, but the gun jams and no amount of pulling on the charging handle will clear it.

The soldier looks flustered as the commander of the training center, Colonel Abdul Zahir Barez, steps in to help, as Almas continues to fire calmly in short bursts, hitting the target every time. 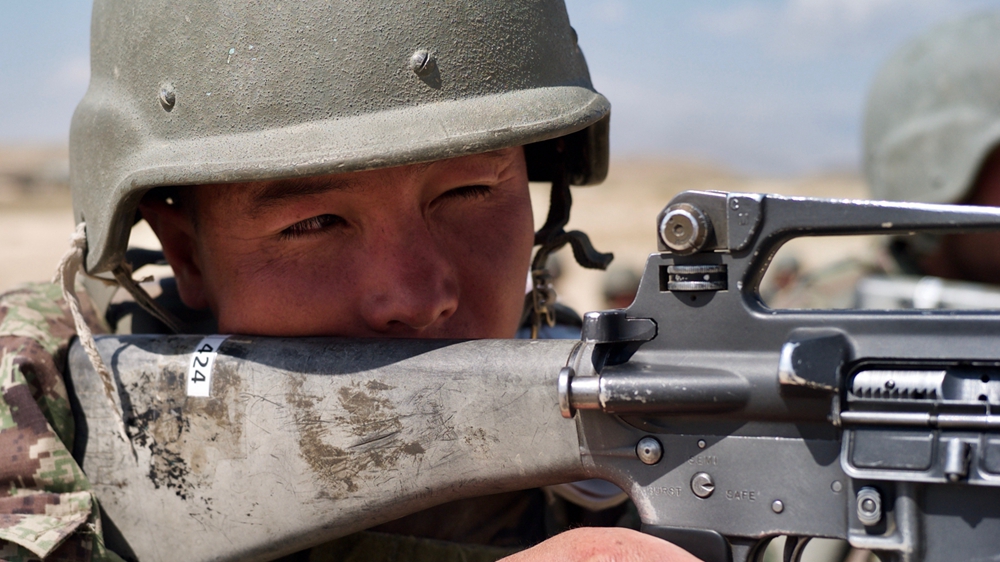 Almas is from Nangarhar, a Taliban stronghold near the border with Pakistan, and like the majority of Taliban fighters he is an ethnic Pashtun, exactly the sort of person the Afghan National Army (ANA) has, until recently, been struggling to recruit.

"I've come here to defend my country. It's our mother," said Almas, as he and other troops gather beside the range to begin a mock ambush of Taliban fighters in a nearby ravine.

Poverty and patriotism ensure ANA training centers are always busy, despite an uptick in violence and a high casualty rate among Afghan troops. 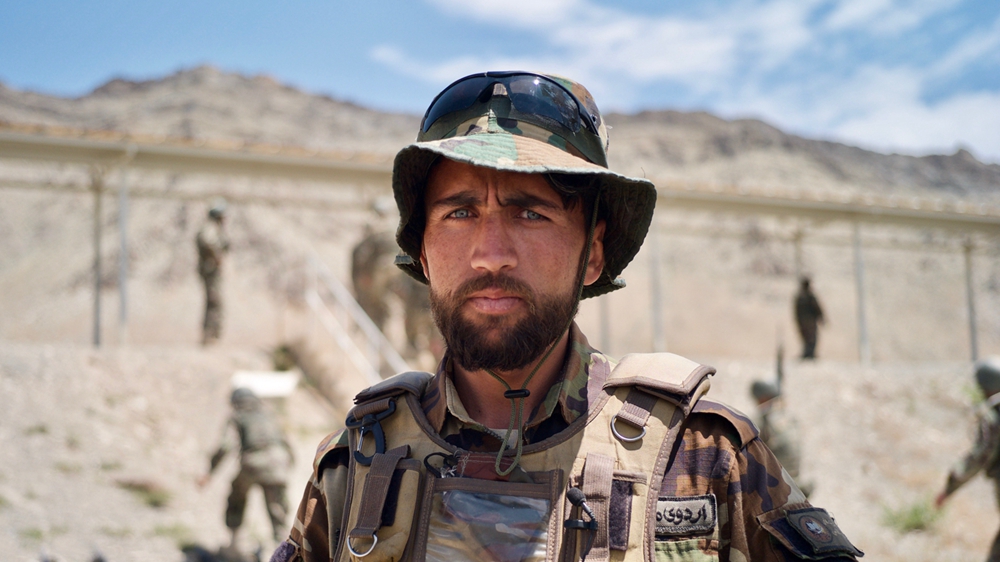 "There are more recruits nowadays than in the past. There're more volunteers that come to our recruitment centers," said Colonel Abdul Zahir Barez, Kabul training base commander.

Thanks to two decades of training by U.S. lead forces, the Afghan army has consolidated its grip over all the country's large towns and cities. But the Taliban continues to make gains in rural areas vulnerable to insurgent tactics.

With the U.S. expected to withdraw in September and neither side seemingly capable of an outright military victory the talk is now of a peace agreement that could lead to power sharing between the Taliban and Afghan government. 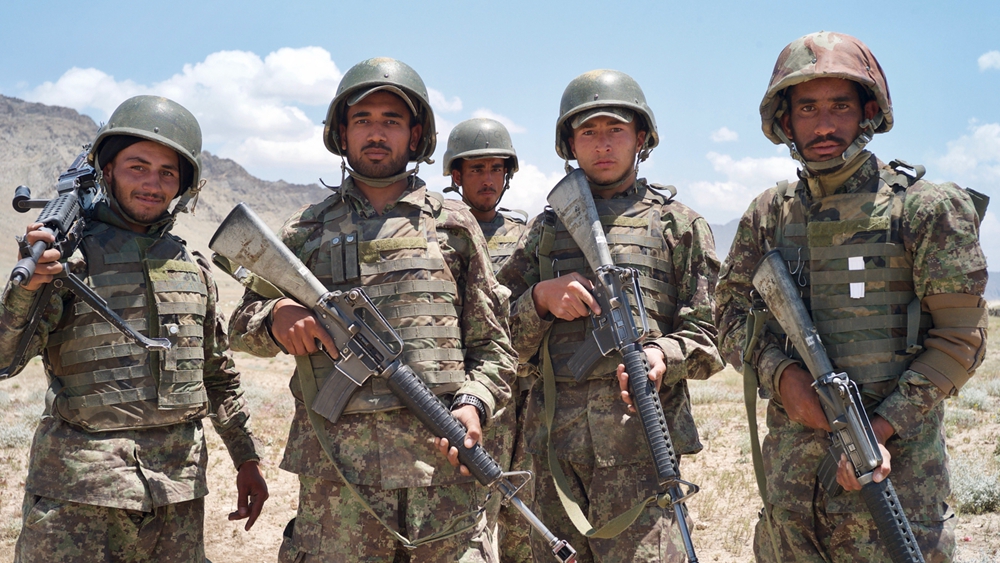 Already the Taliban and Kabul are talking about a system similar to Iran's, involving a leadership council above an elected body.

"I sense that at some point his entire council is going to be handed over to the Taliban so you would have a constitutional monarchy of sorts, but this would not be like a monarchy, this would be like a theocracy so you would have a higher council of religious scholars and a parliament underneath it," said Obaidullah Baheer, a lecturer on Peace and Conflict Resolution at Kardan University in Kabul.

Baheer said no one sees the Iranian example as a perfect solution. "Right now we are in such a bad place, we have to choose the first path that guarantees there is no more violence," he said.

It's a worrying direction for many Afghan women. During the Taliban rule from the mid to late 1990s, women were forbidden from even leaving home unless it was an emergency, in which case they had to wear an all-covering burqa and be accompanied by their husband or a male relative. 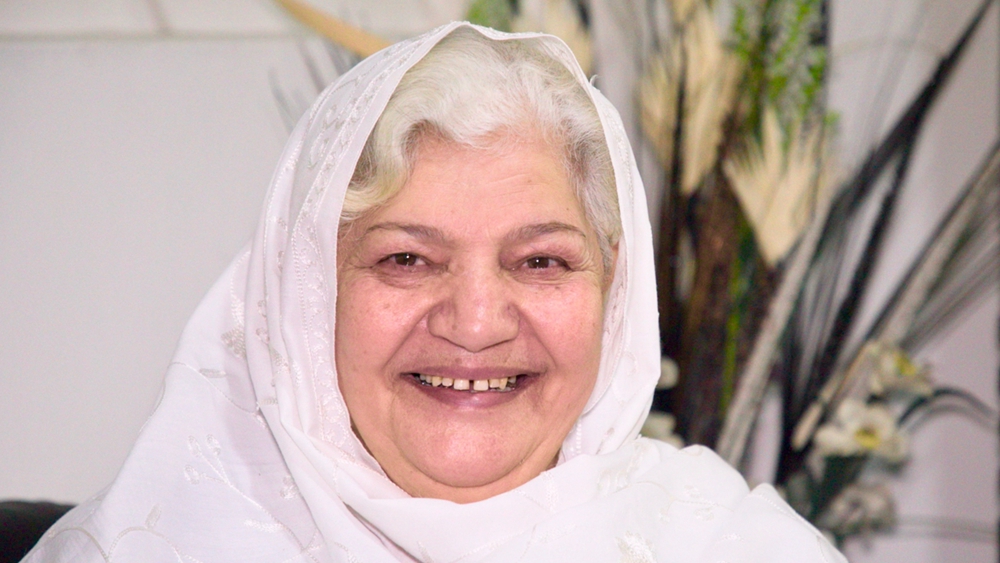 "It's mainly women who suffer and are heartbroken. So, there's a need for a wider presence for them in the peace process. Any decisions must be with the presence of women, otherwise that process will be incomplete," said Zohra Motahhar Ahmadzai, deputy chair of the High National Reconciliation Council, which has been tasked by the government to try to build the framework of a peace deal with the militants.

On a dust-swept hill above Sar-e Pol, a Taliban member, who does not want to be identified, told CGTN that the group is in no rush and will continue fighting until a deal that it likes is on the table.

"It's nonsense when they say Mujahideen are tired of war. We never get tired," he said.

Violence is expected to escalate as both sides seek a stronger hand at the negotiating table, which means until a deal is done there will only be more heartbreak in a country that has already endured four decades of brutal war.