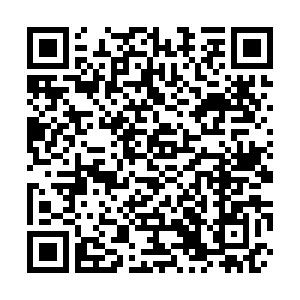 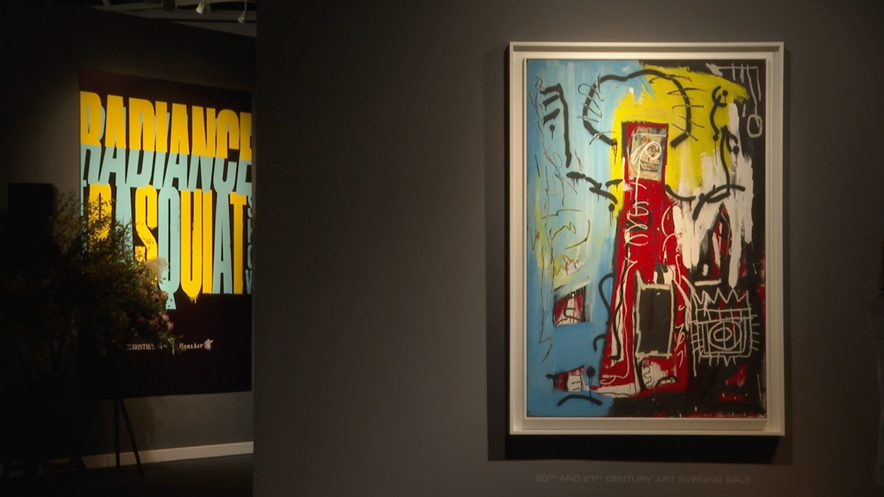 Christie's Hong Kong Spring Auctions featured a wide array of art this May, with one of the most popular pieces auctioned at the 20th and 21st Century Art Evening Sale.

"Untitled (One Eyed man or Xerox Face)" by Jean-Michel Basquiat became the top lot, selling for $30.3 million (all prices in U.S. dollars), far beyond its estimated range of $18-22 million.

Featuring Basquiat's trademark crown, the art piece is part of a series of 11 equally-sized artworks that the artist created in 1982, a prime year for him.

This came just two months after another one of his works, Warrior, set a new record by becoming the most expensive Western artwork ever sold at an auction in Asia.

Notable mentions include "Temple at the Mountain Peak," a Chinese painting by Zhang Daqian which fetched $27 million, and "Potted Chrysanthemums" by Sanyu, which sold for $15.3 million.

Sanyu created only five paintings that feature the unique blue stem and pink blossom color combination, and "Potted Chrysanthemums" is the largest of the five. 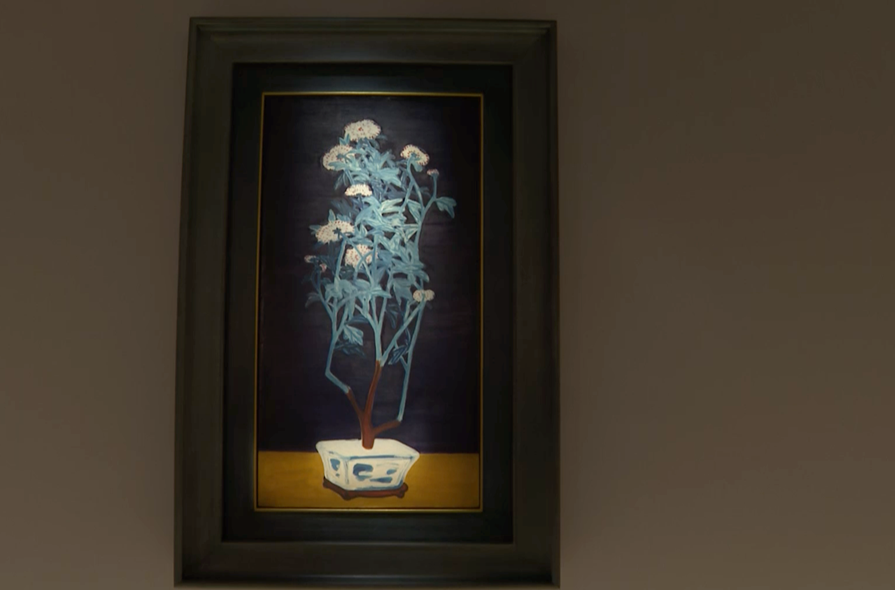 "Potted Chrysanthemums" by Sanyu, is one of only five paintings that feature the unique blue stem and pink blossom colour combination. /CGTN

"Potted Chrysanthemums" by Sanyu, is one of only five paintings that feature the unique blue stem and pink blossom colour combination. /CGTN

But, the event wasn't without surprise. The highly anticipated "Slave and Lion" painting by Xu Beihong, didn't get sold. With an estimated value of around $45 million, the painting is the highest-estimated Asian artwork ever offered at an auction.

Meanwhile, other works made headlines for different reasons. An auction was held for 30 selected pieces, from "Mr Doodle: Caravan Chaos." They were originally part of an actual caravan, that was later segmented into many different panels. Before the segmentation, Mr Doodle had created the artwork by spraying paint onto the caravans' aluminum panels.

All 30 lots were then successfully sold, in what's described as a white glove sale, a rarity in the auction world. 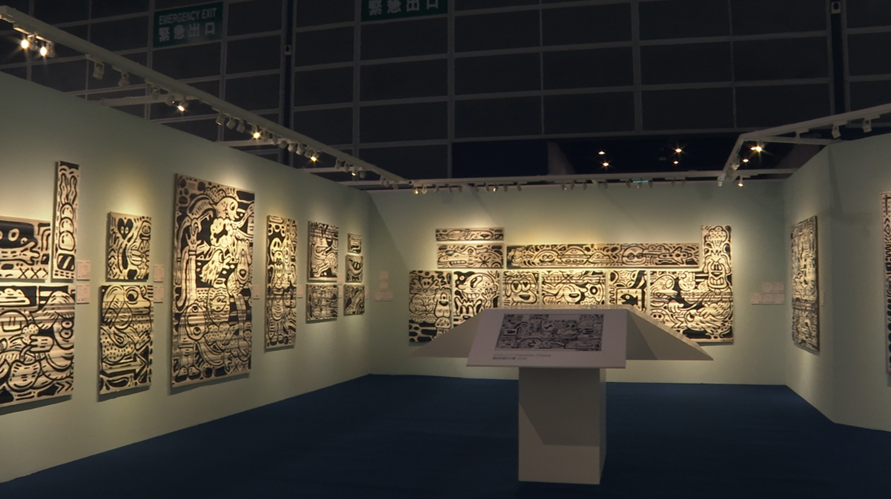 Thirty selected pieces from "Mr Doodle: Caravan Chaos" on display, which were all parts of one caravan that was later segmented into different pieces. /CGTN

Thirty selected pieces from "Mr Doodle: Caravan Chaos" on display, which were all parts of one caravan that was later segmented into different pieces. /CGTN

Luxury items, like jewelry, were also on offer at this year's event and made quite the splash.

The previous record was set by "The Spirit of the Rose," a 14.8 carat purple pink diamond, which sold for over $27 million at Sotheby's in Geneva.

"The record price for pink diamond is $2.8 million per one carat, but 'The Sakura' now is $1.8 million per carat, so it's very good for an investment point of view," said Vickie Sek, Chairman of Jewellery at Christie's Asia Pacific. "The Sakura," a 15.81-carat diamond ring, set the world record price for the most expensive purple pink diamond to sell at auction. /CGTN

"The Sakura," a 15.81-carat diamond ring, set the world record price for the most expensive purple pink diamond to sell at auction. /CGTN

Sales for the jewelry auction as a whole totaled $76.8 million, the highest sale total for its category in four years.

With buyers from 58 different countries, the week-long event concluded with 38 new world auction records and a total sale of $458 million.

The sell through rate was 88 percent, with more than half of all lots sold above high estimates. The auction house also had a year-on-year growth of 22 percent for new buyers.

It's an indicator that the demand for art in China's Hong Kong Special Administrative Region, during the coronavirus pandemic, has remained largely unhampered.

"Not just on the past few days, but I comment on the past few months, and even on last year – we've seen the global art market being resilient," said Francis Belin, president of Christie's Asia Pacific. "Whether it's for Asian art or for Western art, and we've seen the participation of Asian buyers being really outstanding and surprisingly strong. So we see that the dynamic forces at play in that strong global art market. We see that Asia is definitely playing a very strong role."

And while Christie's used to rely heavily on physical presentations and bids, Belin said the pandemic has encouraged his team to move promotions and transactions into different online platforms to reach clients better.

The auction house reported a 26 percent year-on-year increase in online registrants, from the over 5.5 million global viewers that tuned in for the live-streamed auctions.

And of the buyers from 58 different countries, a solid 20 percent were millennials. "The emergence of a new group of young buyers is a key reason behind this resounding buying force here in Asia," said Belin. "These young, well-educated buyers are tech savvy, follow the market trends closely online and on social media, and they are particularly passionate in acquiring contemporary art, especially works by international emerging artists."

Christie's maintains a positive outlook for the rest of the year.