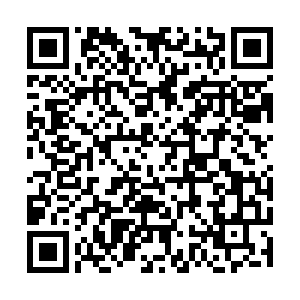 Germany's annual inflation rate jumped in May to its highest level in a decade, preliminary data showed Monday, driven by surging energy prices and one-off effects linked to the pandemic.

Consumer prices in Europe's top economy rose by 2.5 percent year on year, the Destatis statistics agency said, as Germany mounts a recovery from the coronavirus outbreak. The last time that rate was reached was September 2011.

German inflation has ticked up steadily since the start of the year, partly because of the introduction of a carbon tax and the end of a six-month sales tax cut aimed at mitigating the economic damage from the pandemic.

The May spike was mainly driven by a 10-percent hike in energy prices year on year, Destatis said, up from nearly eight percent in April, when inflation grew 2.0 percent year on year.

Food prices were up 1.5 percent while the services sector marked a 2.2-percent hike.

ECB chief Christine Lagarde has repeatedly said that higher inflation in the eurozone lately was mostly the result of "temporary factors" linked to the pandemic and would not prompt the bank to tighten its ultra-loose monetary policy anytime soon.

Analyst Elmar Voelker of LBBW bank said the fresh jump in inflation in May was "not a total surprise" and that the rate could clear the three-percent mark this summer to an extent that consumers feel it.

He said the ECB would nevertheless "continue to point to the temporary nature of many price effects and very moderate core inflation, particularly in the euro area."

"This will clear the way for a clear continued drop in inflation next year," he said. "Prospects for a change in interest rate policy thus remain very distant."