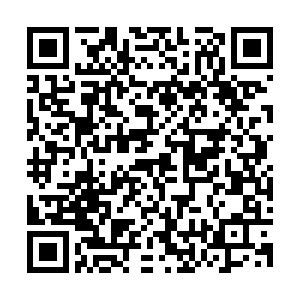 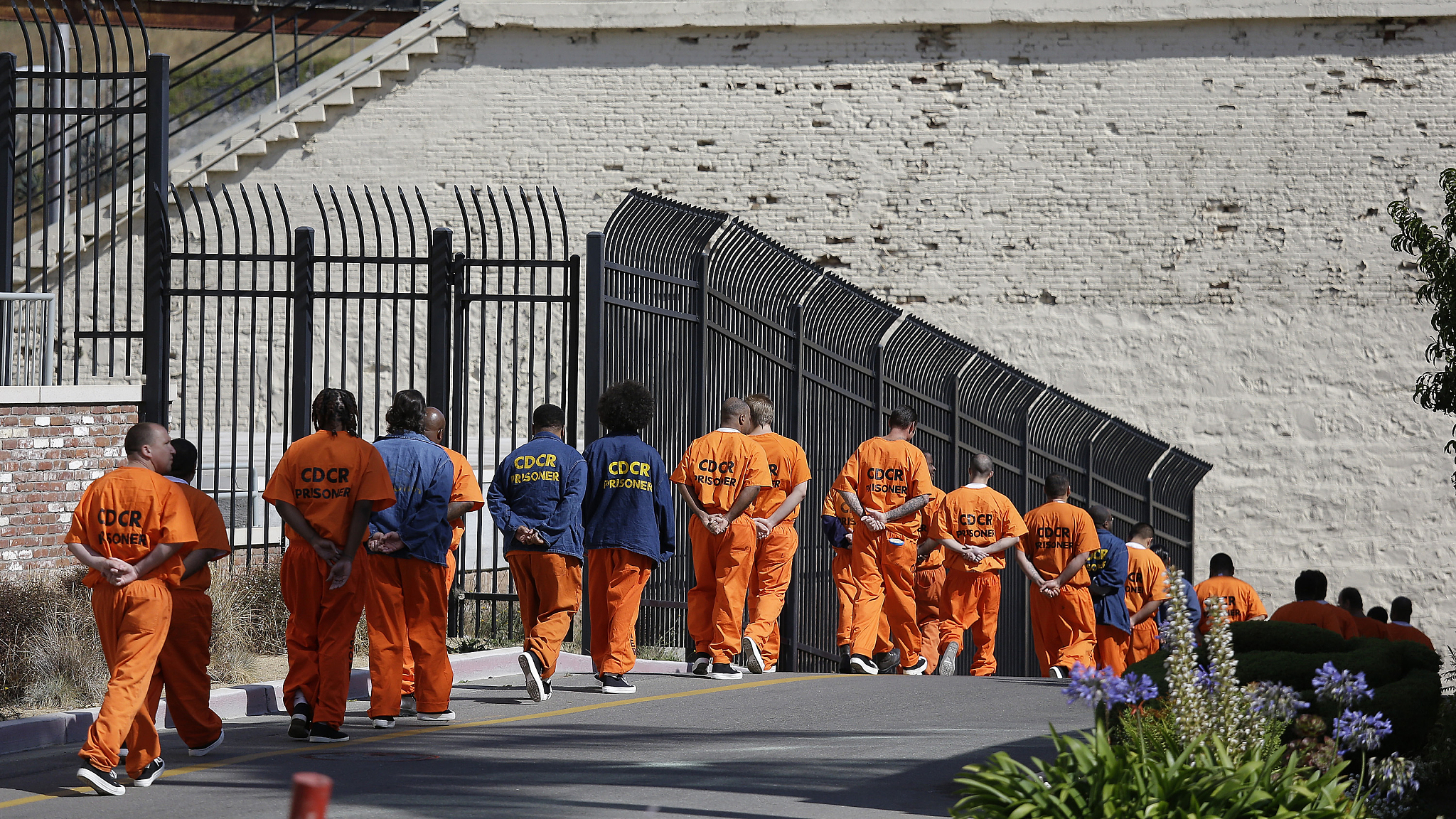 On Saturday, the U.S. Customs and Border Protection announced an import ban on 32 Chinese fishing vessels belonging to the Dalian Ocean Fishing Co Ltd, accusing them of engaging in "forced Labor" with reference to Indonesian workers.

Although the move is economically inconsequential, it nonetheless represents a growing trend of the United States using the "forced labor" card in reference to discrediting Chinese industries and companies in the pursuit of strategic or protectionist ends, which have usually revolved around China's Xinjiang Uygur Autonomous Region, ranging from cotton to solar panels. The politics sets the principles, as opposed to the principles setting the politics.

Unsurprisingly, the United States does not act from a good faith or clean position when it talks about "forced labor," and little do people often realize that America itself is in fact the world's largest proliferator of "forced labor"- orientating an entire incarceration system not on the premise of rehabilitation or punishment, but heavily influenced by the pursuit of private profit and economic gain, of which disproportionately impacts ethnic minority groups.

In America, imprisonment is an industry.

While the term "Military-Industrial Complex" is widely known in describing the influence of arms manufacturers on foreign policy decisions, the "Prison-Industrial Complex" is a similar phenomenon detailing how the private sector similarly exerts a negative impact on the U.S. criminal justice system in favor of promoting incarceration. Putting people in prison, as opposed to reforming them, makes big money in a number of fields, including: surveillance equipment and contracting companies, but most especially the dramatically underpaid and unskilled Labor of U.S. prisoners themselves whom are contracted out often for what the Guardian reported as 12 to 40 cents an hour. 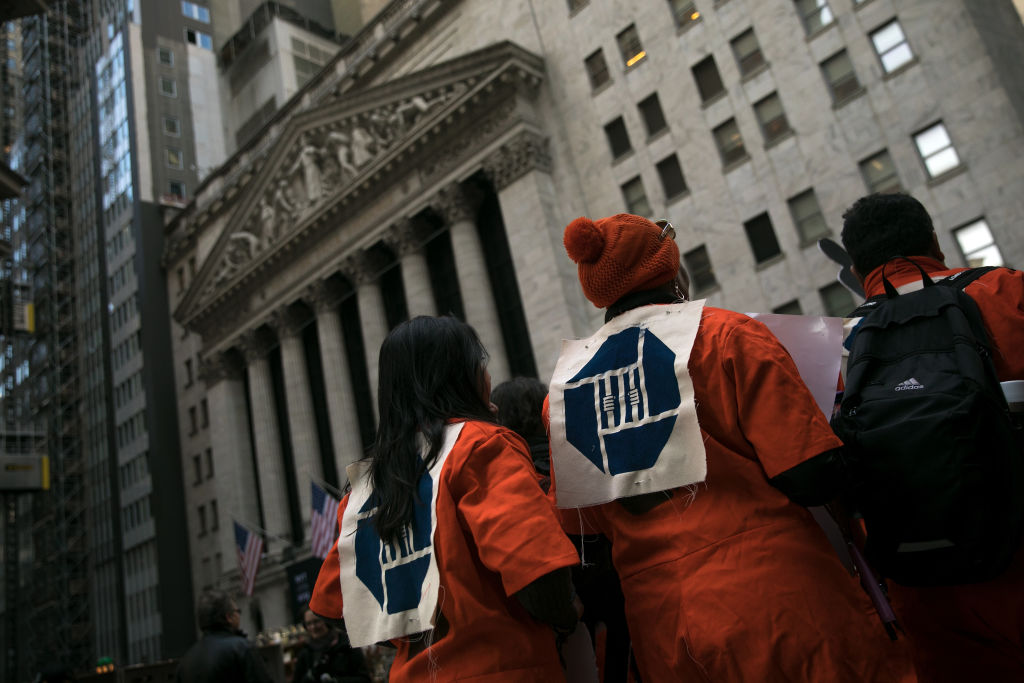 Activists rally against financial institutions' support of private prisons and immigrant detention centers, as part of a May Day protest near Wall Street in Lower Manhattan, May 1, 2018 in New York City.

Activists rally against financial institutions' support of private prisons and immigrant detention centers, as part of a May Day protest near Wall Street in Lower Manhattan, May 1, 2018 in New York City.

As Eric Schlosser wrote in 1998: "The 'prison-industrial complex' is not only a set of interest groups and institutions; it is also a state of mind. The lure of big money is corrupting the nation's criminal-justice system, replacing notions of safety and public service with a drive for higher profits. The eagerness of elected officials to pass tough-on-crime legislation – combined with their unwillingness to disclose the external and social costs of these laws – has encouraged all sorts of financial improprieties." According to the MR Online, companies including Boeing, Starbucks and Victoria’s Secret all have used U.S. prison labor.

It stands to reason that the United States has an estimated 2.2 million prisoners, the highest out of any country in the world. Its size surged in the 1970s when the U.S. unleashed the "war on drugs" and tougher sentencing, all of which with the era of NeoLiberal economics, consolidated the prison "industry."

The biggest burden has been placed on ethnic minorities. As of 2018, Black Males constituted 34% of the U.S. male prison population and Hispanics 24%, with whites at 29%. As Canada's National Post quoted in 2013 on the American system: "millions of these people are non-violent men who have been swept up in the war on drugs, insanely strict mandatory sentencing rules, gimmicky three-strikes policies and other products of "tough on crime" voter hysteria." The MR online further observes "migrants detained for violating immigration laws are one of the fastest growing segments of prison labor."

National Post further notes, "In a bid to save money, many states have outsourced prison operation to private firms, for which prisoner care is a bothersome budget line item"- Several notable companies who operate the prison industry include the GEO group and CoreCivic, both of who have a revenue of 2.4 and 1.9 billion U.S. dollars respectively and are traded on U.S. stock markets, unsurprisingly when Trump was elected their stock surged.

On the foreign policy stage, the United States claims that it opposes forced labor and uses this to smear China. However, America is a country wherein the practice of prison forced labor and incarceration for profit has in fact, been normalized on a grand scale, which ultimately serves to question the country's true commitment to the rule of law.

While the United States proclaims itself to be a champion of classical liberty, from the beginning all this has truly meant in practice is "liberty" for the country's capitalist and landowning classes, as opposed to those who are penalized by an unequal order that creates a perpetuating cycle of poverty, crime and subsequent imprisonment. America is ultimately a "bourgeoise democracy"- and in turn, the bid to feign such concerns against China are likewise economically and politically motivated.