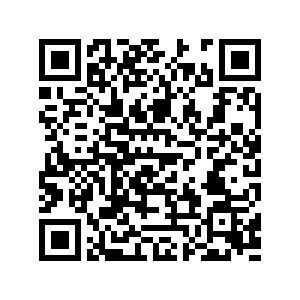 The Organisation for Economic Co-operation and Development (OECD) raised its 2021 global GDP growth forecast Monday but warned that "too many headwinds persist" as not enough COVID-19 vaccines are reaching emerging economies, making the world vulnerable to variants.

The world economy will expand by 5.8 percent this year, the highest since 1973 and up from a previous estimate of 5.6 percent, the Paris-based OECD said in a report, which forecasts Chinese economic growth of 8.5 percent in 2021 and 5.8 percent in 2022.

Most economies should return to their 2019, pre-pandemic levels next year, the OECD said.

This follows a massive global recession last year that was caused by lockdowns and travel curbs imposed by governments to slow the spread of COVID-19.

"It is with some relief that we can see the economic outlook brightening, but with some discomfort that it is doing so in a very uneven way," OECD chief Laurence Boone said in the report.

The recovery is uneven so far, with the United States and China returning to pre-pandemic levels and forecast to have much stronger growth than other major economies such as Japan and Germany.

A screenshot of the Organisation for Economic Cooperation and Development

A screenshot of the Organisation for Economic Cooperation and Development

While the U.S. and South Korea are back to their pre-pandemic income levels, it could take an additional year for much of Europe and three to five years for Mexico and South Africa to catch up.

The 38-nation organization, whose members account for 60 percent of global gross domestic product, applauded the rapid reaction of governments to prop up the economy.

"Never in a crisis has policy support – be it health, with the record speed of vaccine development, monetary, fiscal or financial – been so swift and effective," Boone said.

"Yet, too many headwinds persist," she warned.

Boone said it was "very disturbing" that not enough vaccines were reaching emerging and low-income economies.

"This is exposing these economies to a fundamental threat because they have less policy capacity to support activity than advanced economies," she said.

The warning comes as the emergence of more contagious coronavirus variants has raised concerns around the world, with India battling a strain that has caused a surge in cases and deaths.

"As long as the vast majority of the global population is not vaccinated, all of us remain vulnerable to the emergence of new variants," Boone said.