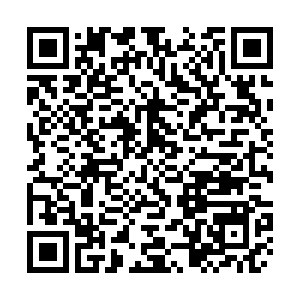 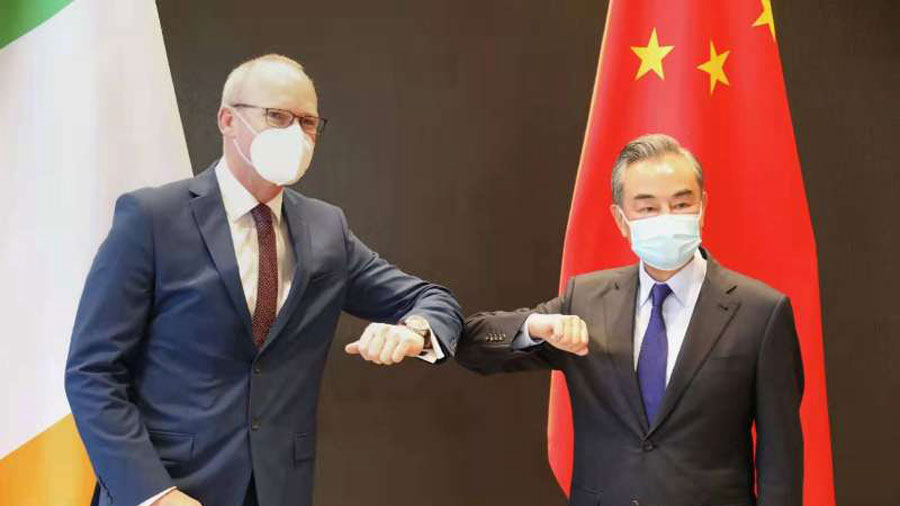 Chinese State Councilor and Foreign Minister Wang Yi hailed the healthy and sound development of China-Ireland relations, saying the key lies in respecting differences, as he met with Irish Minister for Foreign Affairs and Defence Simon Coveney on Sunday in the southwestern Chinese city of Guiyang.

Wang stressed the importance of mutual respect for each other's development path and the differences in the two countries' histories, cultures, stages of development and social systems.

He said he wished the two sides can acknowledge the differences while working jointly to broaden consensuses and cement mutual trust so as to contribute to bilateral cooperation as well as international peace and stability.

The pragmatic cooperation between China and Ireland is built on mutual benefits, said Wang, noting that Ireland is one of the few EU member states that have had a trade surplus with China for over 10 consecutive years.

Noting that China is Ireland's second most important export market for both dairy products and pork, the Chinese foreign minister reiterated China's commitment to multilateralism and opening-up and called for exchanges and cooperation in technical innovation, high-quality agriculture, higher education and culture. 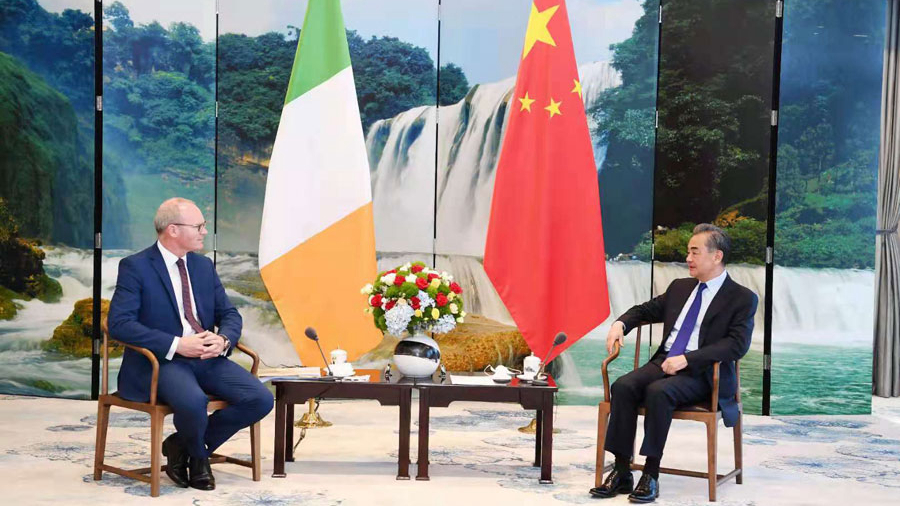 Regarding the global fight against COVID-19, Wang called on the two sides to enhance international cooperation and give full play to their strengths to support the stable operation of the industrial and supply chain and to contribute to the global economic recovery.

China has always been an upholder of multilateralism, Wang stated, adding that all countries stand equal, no matter how large or small, strong or weak, rich or poor.

He reiterated China's commitment to the UN-centered international system and the basic norms of international relations based on international law, while pointing out that the rules set up by a small number of nations are not real multilateralism.

China highly values Ireland's unique role and influence in international and regional affairs, and is willing to strengthen coordination and cooperation with the Irish side under multilateral frameworks such as the UN Security Council to jointly practice and uphold multilateralism, said Wang. 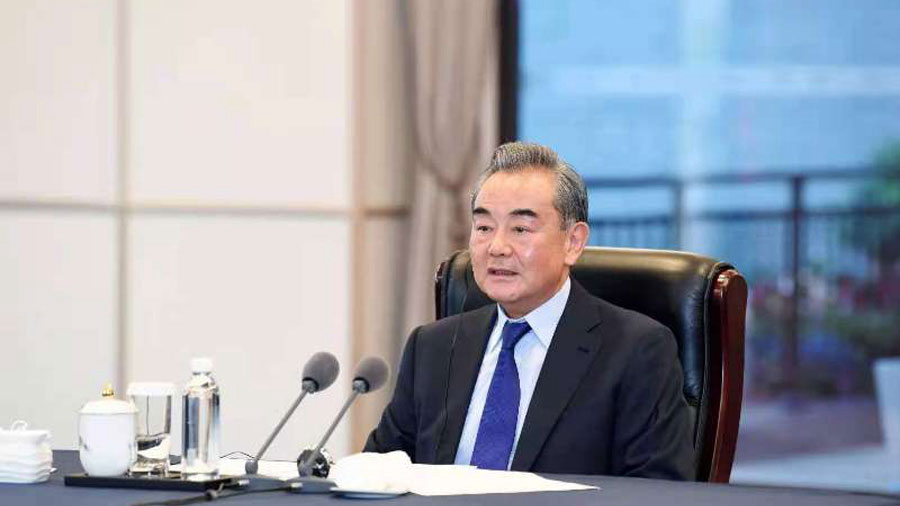 Wang Yi speaks during a meeting with Simon Coveney in Guiyang, China, May 30, 2021. /Chinese Foreign Ministry

Wang Yi speaks during a meeting with Simon Coveney in Guiyang, China, May 30, 2021. /Chinese Foreign Ministry

Speaking of China's relationship with the EU, Wang stressed that the two sides are comprehensive strategic partners rather than rivals as they have more cooperation than competition, more agreements than differences.

He added he hopes Ireland, as an important member of the EU, will contribute to the sound development of China-EU relations.

Coveney, for his part, thanked China for its assistance in the fight against COVID-19.

He spoke highly of the two countries' bilateral ties and said Ireland is willing to deepen cooperation with China in internet security, aviation, as well as on climate change and peacekeeping. He added that Ireland welcomes Chinese investment and wishes to be the gateway for Chinese enterprises entering the EU market.

Coveney praised China's firm stance on multilateralism and spoke highly of China's role as rotating president in the UN Security Council this month.

He noted that the China-EU Comprehensive Agreement, which is still awaiting ratification, was in the interest of both sides and added that he hoped the two sides could overcome current difficulties through frank dialogue.

Ireland is an honest friend of China in the EU and is ready to be a reliable partner, Coveney assured Wang. Enhancing cooperation with China is a common wish of European countries, he added, calling for further development between China and the EU.