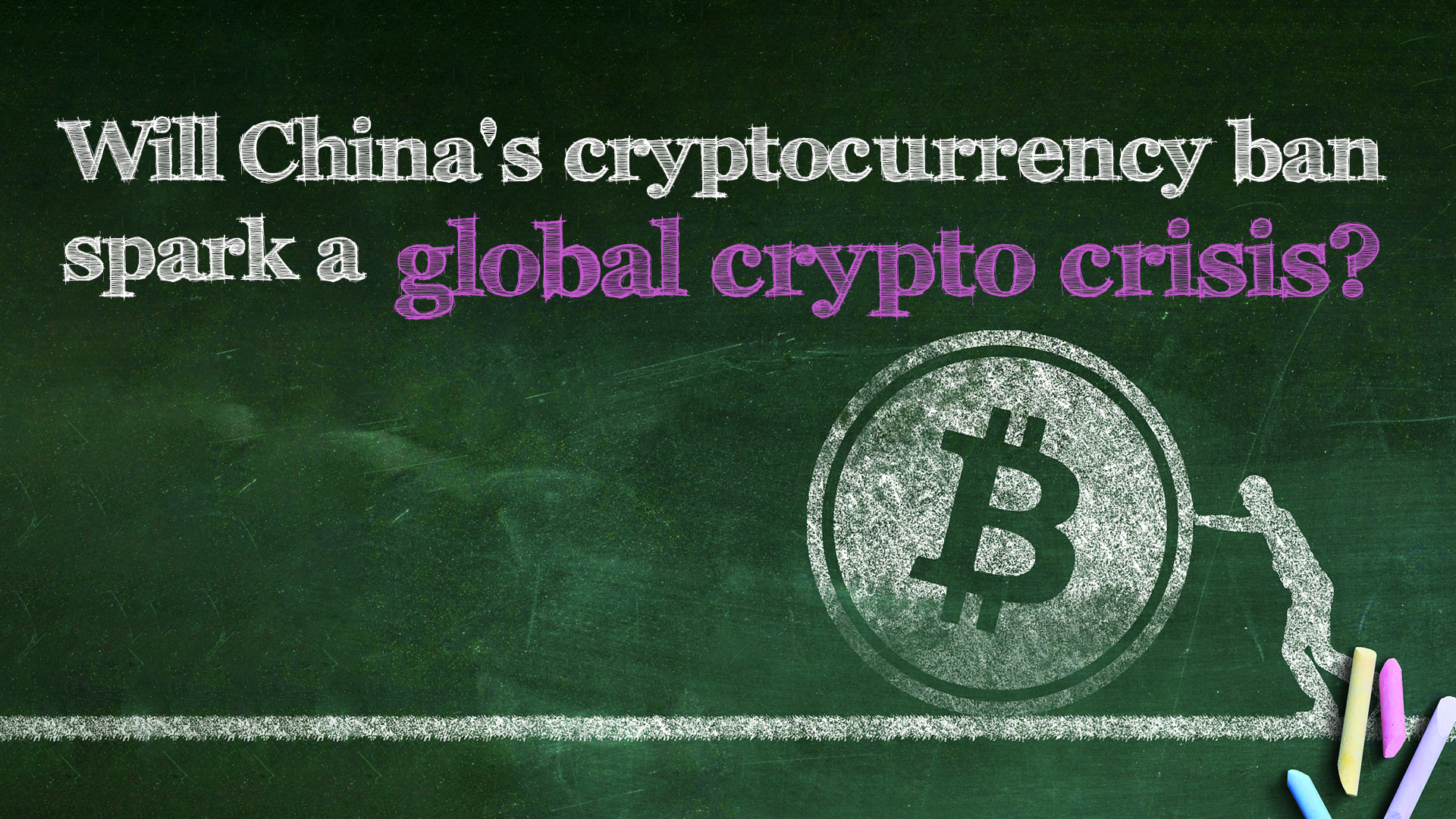 Editor's note: China has been tightening its regulation over cryptocurrencies. A recent move has been its ban on financial institutions, including banks and online payment channels, from providing services related to cryptocurrency transactions. What does China's crackdown mean for crypto in the country? Why has China tightened its regulation of cryptocurrency? How might China's ban affect the world cryptocurrency market? Tsai Wei-Tek, a blockchain expert, a professor from Beihang University shared his views.The views expressed in the video are his own and not necessarily those of CGTN.

CGTN: What does China's crackdown mean for crypto in the country？

Tsai: The announcement means that China is trying to significantly reduce the relevant activities in the country. And this includes any crypto transactions and mining. So practically, it shuts down the whole industry.

CGTN: Why has China tightened its regulation of cryptocurrency?

And many countries may not want that.

The International Monetary Fund has published a report in October 2020 that said that these cryptocurrencies are international activities and many countries will be under stress or influence of them.

There is also another scenario. An article in the United States stated that the cryptocurrency such as Bitcoin may become the world reserve currency. If this happened, the whole financial market structure will have to be changed.

It means that we will have a new Bretton Woods. We will have to go back to 1944 and reconstruct the new world financial structure. I'm not sure the world is ready for it. It's too complicated and have too much stress. The world is not ready for any of this.

CGTN: How might China's ban affect the world cryptocurrency market?

Tsai: If the Chinese government bans mining and then the transactions, it will certainly put a significant damage to the acceleration or the growth of these cryptocurrencies.

First of all, in 2008, when the U.S. was having a financial crisis which eventually became a global financial crisis, many banks may have failed, or would have failed. But the government said that these banks are too big to fail. If you look at the current bitcoin market cap, it is about double of the JP Morgan market cap. JP Morgan is the largest bank in the U.S.

So, if Bitcoin market cap becomes zero, practically we have two banks, the two biggest banks in the U.S. completely collapse. And the economic consequence of that is too serious. And it will damage a lot of things. So I do not expect that the crypto world will collapse totally due to this.