Download
'So proud of you': Sports world reacts to Naomi Osaka's withdrawal from French Open
CGTN

On the eve of the 2021 French Open, Naomi Osaka, one of most recognizable names in sports world, caused a storm when revealing she would not attend any press conferences at Roland Garros due to health concerns.

On Sunday, the four-time Grand Slam winner comfortably won her opening match against Romania's Patricia Maria Tig in straight sets and made good on her promise to skip her post-match press conferences. The 23-year-old was subsequently fined $15,000 for failing to fulfill her post-match media duties and warned by the French Open that she could face expulsion from the tournament if she continued to shirk her responsibilities.

By Monday, the storm had grown into a formidable hurricane as Osaka stunned almost everyone by announcing that she has no choice but to quit.

In her withdrawal statement, the world's highest paid female athlete framed the stunning decision as a mental health issue, saying she has suffered from "long bouts of depression" since the U.S. Open final in 2018, when she defeated Serena Williams to win her first grand slam title. 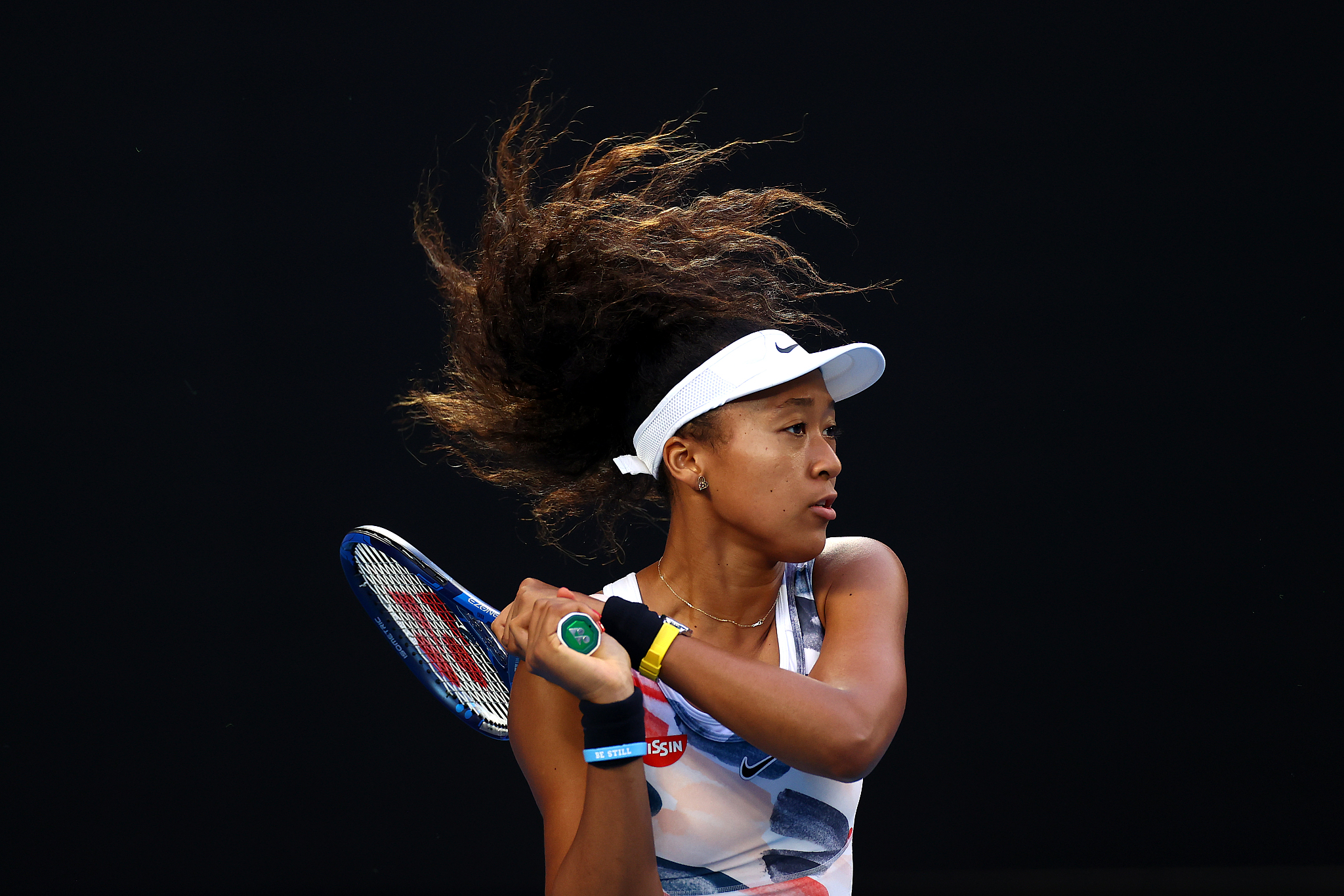 Naomi Osaka catapulted into the global spotlight in 2018 with her U.S. Open win over Serena Williams and continued her fine form ever since. /CFP

Naomi Osaka catapulted into the global spotlight in 2018 with her U.S. Open win over Serena Williams and continued her fine form ever since. /CFP

The unexpected turn of events have apparently caught the French Open off guard and and Gilles Moretton, president of the French Federation of Tennis, called her withdrawal "unfortunate."

"We are sorry and sad for Naomi," Moretton observed. "We wish her the best and quickest possible recovery, and we look forward to having Naomi at our tournament next year."

"As all the Grand Slams, the WTA, the ATP and the ITF, we remain very committed to all athletes' well-being and to continually improving every aspect of players' experience in our tournament, including with the media, like we have always strived to do."

Osaka has received firm support from plenty of prominent sports figures since her announcement.

Fellow tennis star Venus Williams tweeted, "So proud of you. Take care of yourself and see you back winning soon!" Her sister Serena added, "The only thing I feel is that I feel for Naomi. I feel like I wish I could give her a hug because I know what it's like." Teenage sensation Coco Gauff beamed, "Stay strong. I admire your vulnerability."

Eighteen-time Grand Slam singles winner Martina Navratilova also rallied behind Osaka by tweeting, "I am so sad about Naomi Osaka. I truly hope she will be OK. As athletes we are taught to take care of our body, and perhaps the mental & emotional aspect gets short shrift. This is about more than doing or not doing a press conference. Good luck Naomi, we are all pulling for you!" 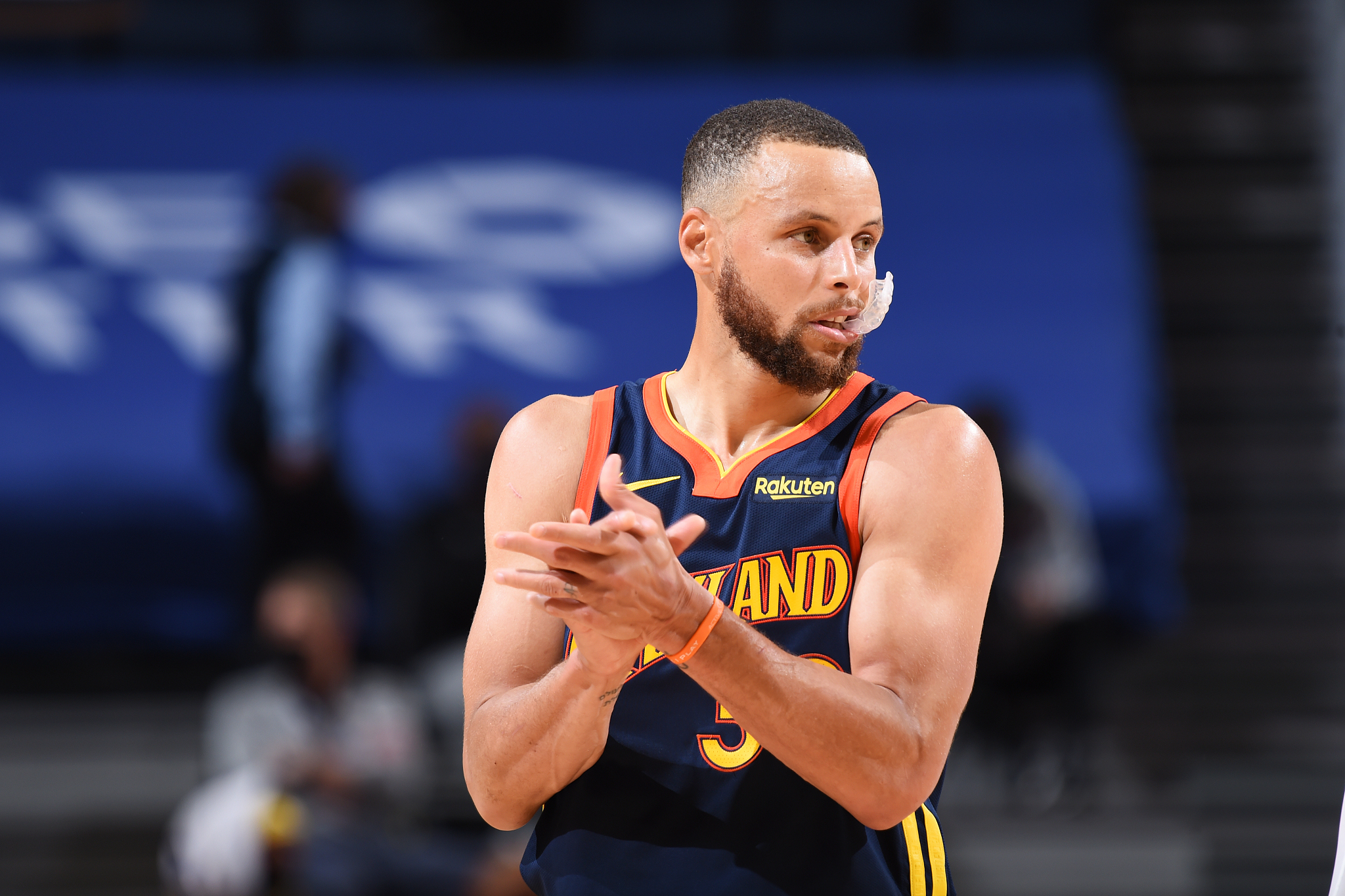 Two-time NBA MVP Stephen Curry has expressed his support to Naomi Osaka in the wake of her decision to withdraw from the French Open. /CFP

Two-time NBA MVP Stephen Curry has expressed his support to Naomi Osaka in the wake of her decision to withdraw from the French Open. /CFP

The sentiment was echoed by tennis legend Billie Jean King who commented, "It's incredibly brave that Naomi Osaka has revealed her truth about her struggle with depression. Right now, the important thing is that we give her the space and time she needs. We wish her well."

NBA veteran Stephen Curry also weighed in. "You shouldn't ever have to make a decision like this, but so damn impressive taking the high road when the powers that be don't protect their own. Major respect @naomiosaka," he wrote on Twitter.

Stan Van Gundy, head coach of the New Orleans Pelicans asked, "Just a question for the tennis authorities – is it better for your sport to have Naomi Osaka playing and not speaking to the media or not playing at all?"

British heptathlete Katarina Johnson-Thompson added, "She's so brave to speak out and protect her well-being. Mental health, especially in sport, is such a risky topic to be open about. Hopefully change will come off the back of her withdrawal and it will open up conversations around depression in sport to break down the stigma." 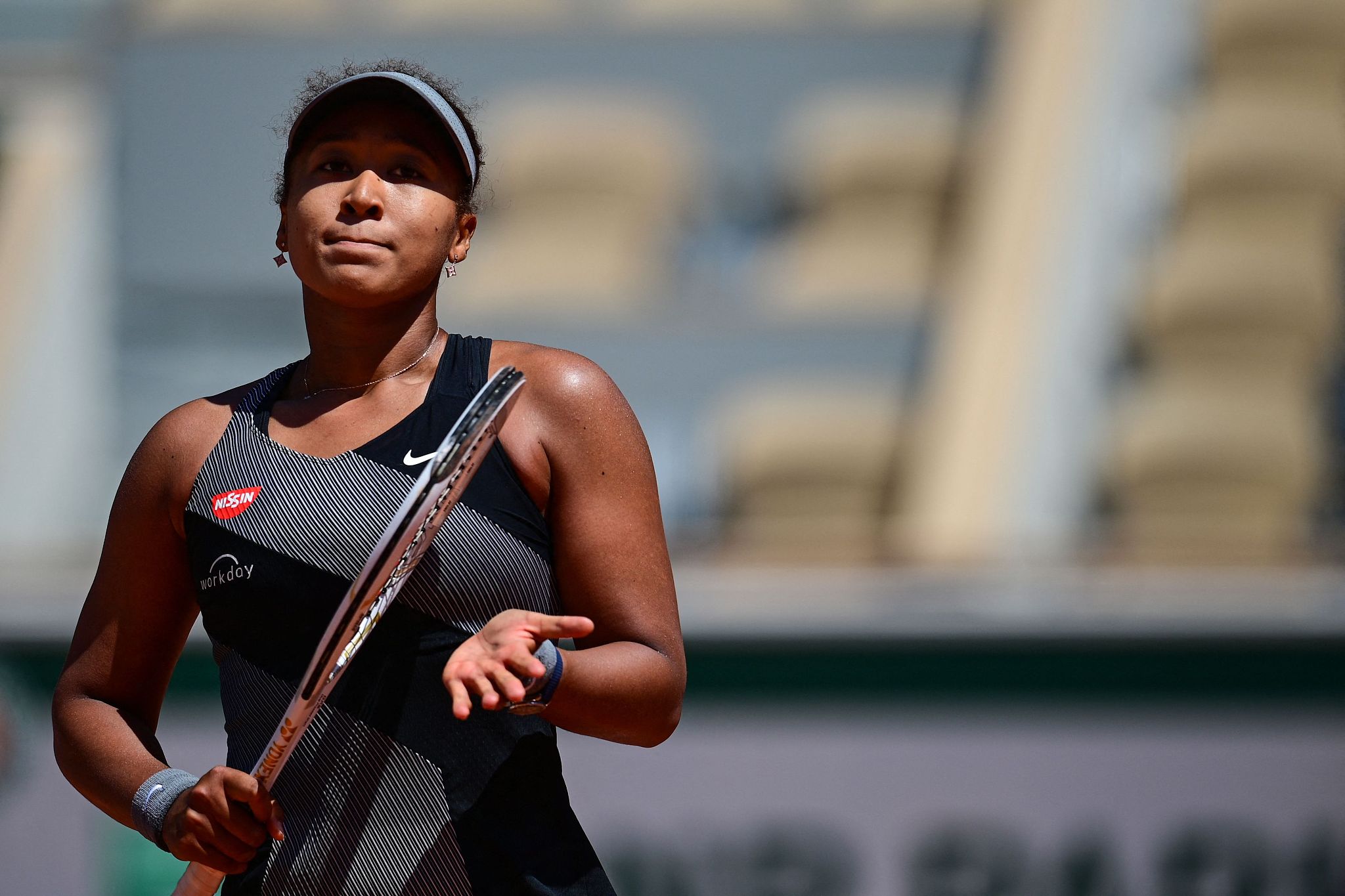 Naomi Osaka has never been past the third round on the French Open's red clay. /CFP

Naomi Osaka has never been past the third round on the French Open's red clay. /CFP

It still remains unclear whether Osaka would play in the next Grand Slam, Wimbledon, which starts in just four weeks. But the Japanese talisman's current emotional state was arguably best summed up by her boyfriend, rapper Cordae.

"No need to apologize to ANYBODY!" he tweeted.