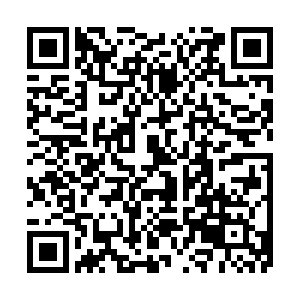 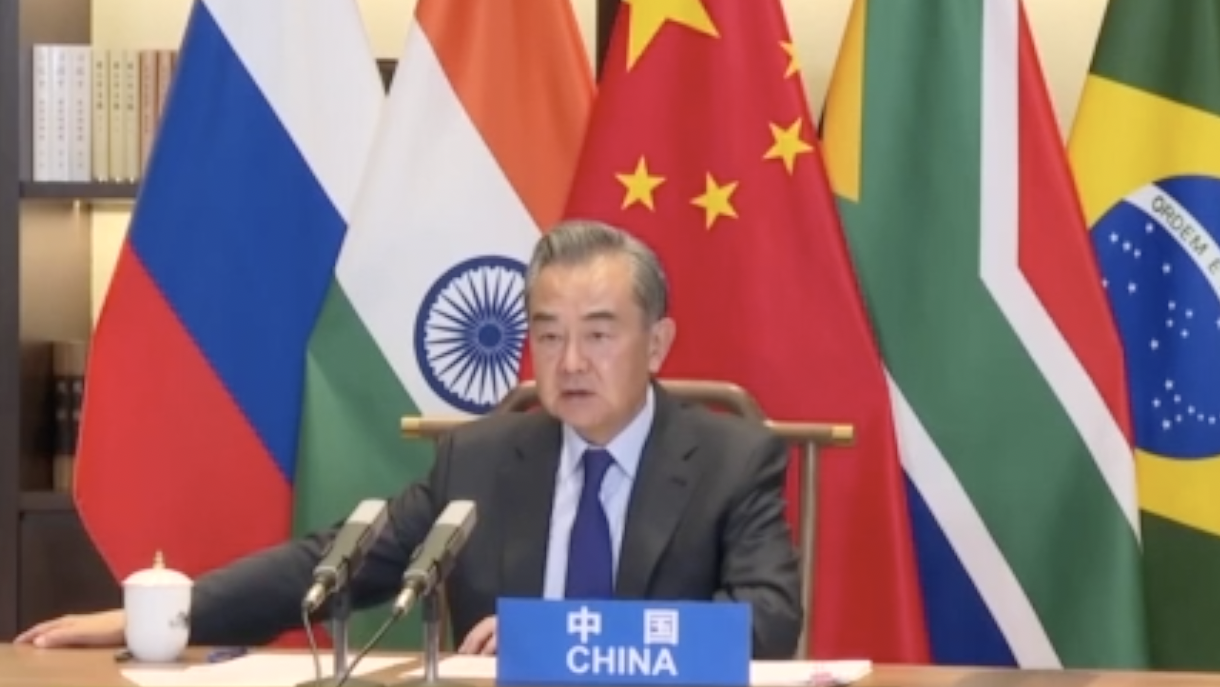 BRICS countries should work together to advance the global cooperation and fight against the COVID-19 pandemic, Chinese State Councilor and Foreign Minister Wang Yi proposed at the bloc's foreign ministers' meeting on Tuesday.

It is hoped that BRICS countries should maintain the nature of COVID-19 vaccines as global public goods, stick to the principle of fair and reasonable distribution, support the World Health Organization's COVAX plan, and support the World Trade Organization to decide on a waiver of intellectual property rights of the vaccines at an early date, said Wang, who attended the meeting via video link at the invitation of Indian External Affairs Minister Subrahmanyam Jaishankar.

Wang put forward four suggestions for cooperation among the five major emerging economies. First, he expects BRICS to become guards for the health of mankind by contributing to the global fight against COVID-19.

Noting that China has provided more than 350 million doses of COVID-19 vaccines to the international community, Wang said it is hoped BRICS will continue to make vaccines global public goods, adhere to the principle of fair and reasonable distribution, support the World Health Organization in accelerating the implementation of COVAX, and support the World Trade Organization in making an early decision on an IPR waiver for COVID-19 vaccines.

Wang also highlighted the necessity to accelerate the construction of the BRICS vaccine research and development center, support domestic vaccine companies to transfer technology to other developing countries, carry out cooperative production, and provide assistance for the global elimination of the "vaccine divide."

China proposed to establish an international forum for vaccine cooperation, with the participation of BRICS countries and companies welcomed, according to Wang.

Second, Wang called on BRICS countries to practice true multilateralism and be the defenders of the international order. 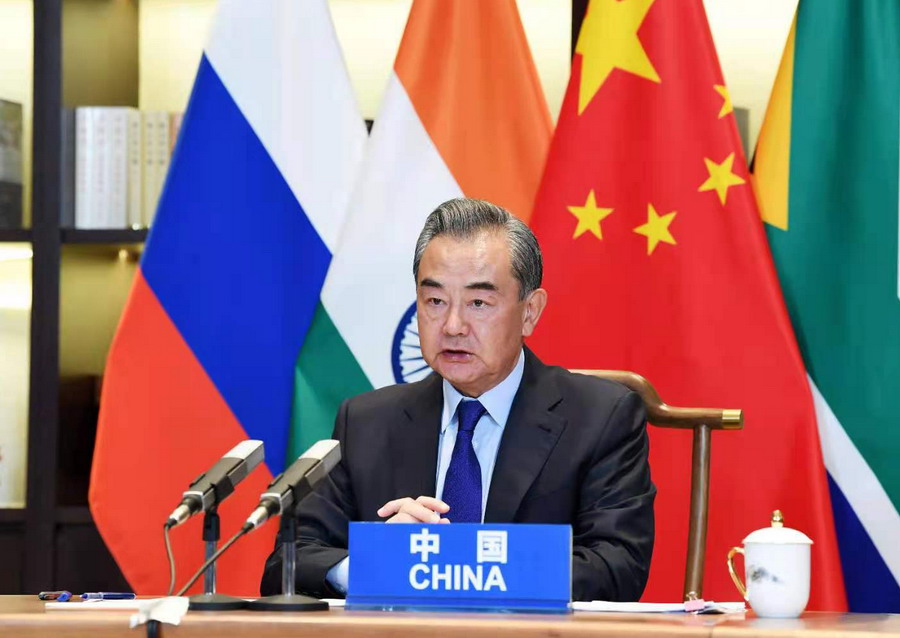 Viewing digital economy and green economy as the future trend for development, the Chinese foreign minister stated that China supports the formulation of an action plan for BRICS cooperation in science and technology innovation and eyes deeper cooperation with other BRICS countries in this regard.

Wang said, China has established an innovation base for the BRICS partnership on the new industrial revolution in the city of Xiamen, Fujian Province, and looks forward to the active participation of the BRICS.

Speaking highly of the green economy, Wang said BRICS countries should strengthen cooperation in the green industry, green technology, and green financing to jointly build a community of life between man and nature while calling for expanding the "BRICS+" cooperation model and the BRICS New Development Bank.

Four, the Chinese foreign minister called on that group of countries to resolve regional conflicts and confrontations, and become peacekeepers of world peace.

Wang urged countries to resolve differences through dialogue and consultation, and carry out more preventive actions to avoid further deterioration of problems.

He also mentioned recent issues of concern such as the Palestinian-Israeli conflict, the Iran nuclear deal, Afghanistan, the disposal of nuclear contaminated water from the Fukushima nuclear power plant in Japan, saying BRICS countries should work to facilitate the political settlement of these issues.

Reiterating terrorism is a common threat for the mankind, Wang called on the group to support the UN as a center for coordination, discard double standards and their own political interests while to fight against all terrorist groups listed by the Security Council and firmly oppose any interference made in the name of counter-terrorism. 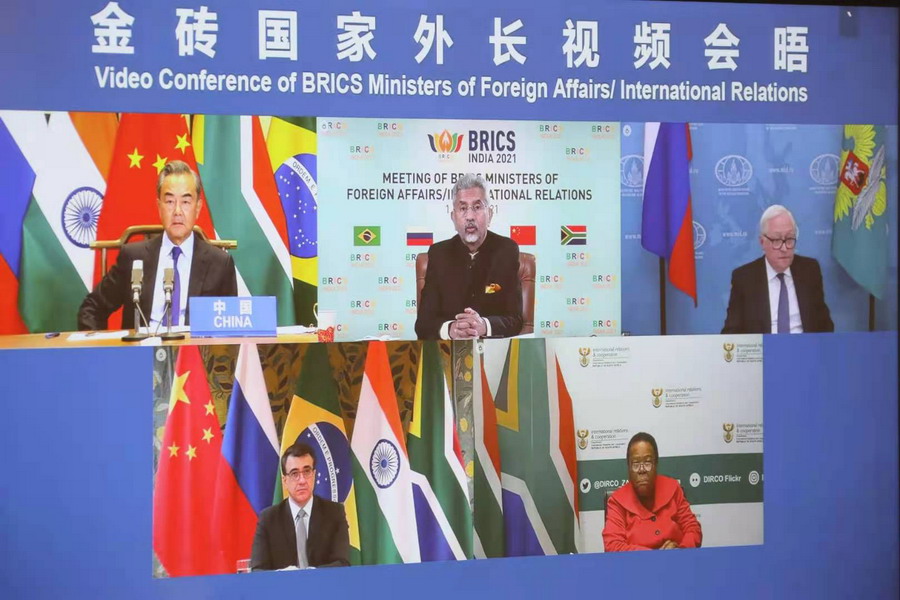 A joint statement was released shortly after the meeting in which the BRICS foreign ministers expressed grave concern over the continuing public health, societal and economic impact of the COVID-19 pandemic globally.

They called for better international preparedness to fight the COVID-19 pandemic and other current and future health challenges.

They stressed the need for mobilization of political support, necessary financial resources, strengthening of local production, transfer of technology, equitable and affordable access to medicines, vaccines, medical products and equipment, diagnostics and therapeutics and strengthening the resolve of citizens.

The ministers also reaffirmed their commitment to the implementation of the Kyoto Protocol and Paris Agreement adopted under the principles of the United Nations Framework Convention on Climate Change (UNFCCC), including the principle of common but differentiated responsibilities and respective capabilities in light of different national circumstances, according to the statement.

They recognized that peaking greenhouse gas emissions will take longer for developing countries, in the context of sustainable development and efforts to eradicate poverty.

According to the statement, Brazil, Russia, China, and South Africa extended their full support to India in hosting the 13th BRICS Summit in September 2021.