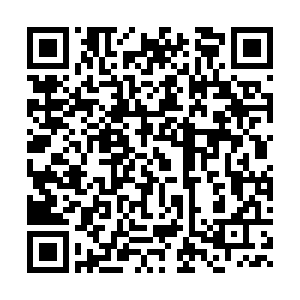 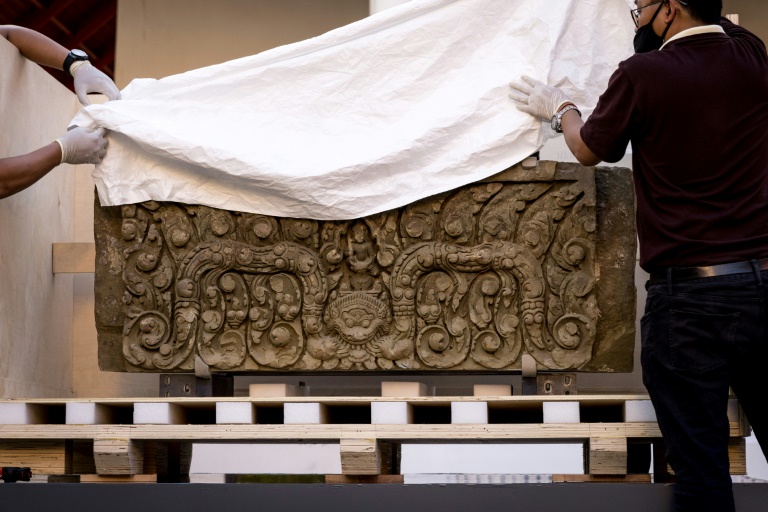 The two ancient sandstone lintels, a sacred late 10th or 11th century sandstone support beam, were returned to Thailand after decades in the U.S. /AFP

The two ancient sandstone lintels, a sacred late 10th or 11th century sandstone support beam, were returned to Thailand after decades in the U.S. /AFP

Two ancient sandstone artifacts believed to have been stolen from Thailand during the Vietnam War were unveiled Monday at a Bangkok museum, greeted with a fanfare of traditional dancers and an elaborate worship ceremony.

The temple support beams, which were returned on Friday, boast exquisite carvings of the Hindu deities Indra and Yama that date back to the late 10th or 11th century.

They had been on display for decades at the San Francisco Asian Art Museum, and their repatriation to Thailand followed a years-long investigation by the U.S. Department of Homeland Security.

On Monday, museum staff carefully unpacked the artifacts under the watchful gaze of Thai Culture Minister Itthiphol Khunpluem as traditional Thai music was being played.

"These two lintels are evidence of our rich and prosperous history dating back many centuries ago," he said, thanking U.S. authorities and the Thai Foreign Affairs Ministry for the "relentless pursuit of the sandstones."

Itthiphol also said the government is still deliberating whether they would be taken to smaller, local museums in the provinces of Buriram and Sa Kaeo, which border neighboring Cambodia.

The lintels have features that mirror famed Cambodian temples - showing the influence and reach of the ancient Khmer Kingdom - and are believed to have been stolen out of Thailand between 1958 and 1969. 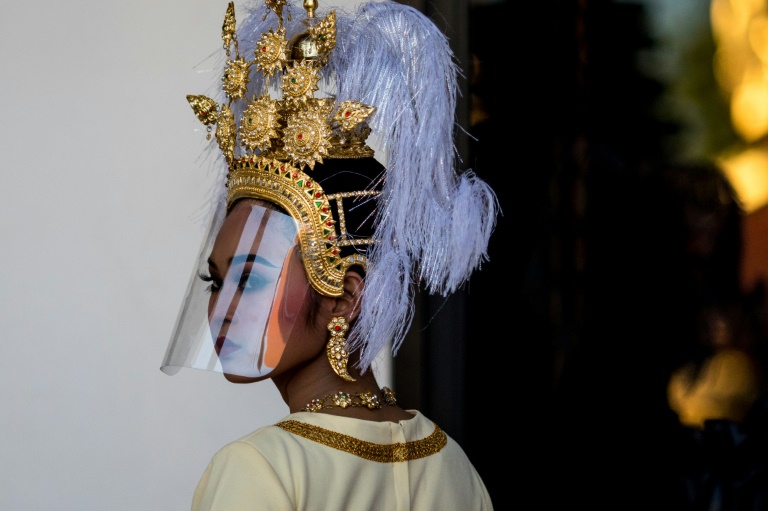 Massive towers of fruit were also on display around flower wreaths - an offering to the gods to protect the lintels.

Itthiphol said there are still "13 more Buddha statues and engraved artifacts waiting to be repatriated from the U.S."

The California museum had disputed investigators' allegations that the artifacts were stolen, and insisted it had long planned to return them.

U.S. museums are not the only ones to be embroiled in art provenance scandals in recent years.

Australia has repatriated at least eight looted statues to India since 2014.

France has vowed to return items taken from Senegal and Benin, while the Netherlands is moving to repatriate artifacts stolen from its former colonies.