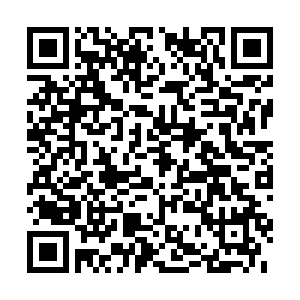 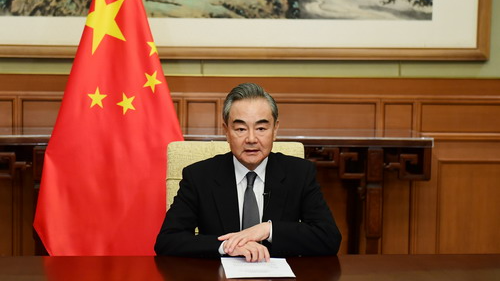 Chinese State Councilor and Foreign Minister Wang Yi said on Tuesday that China is willing to work with Russia to promote bilateral cooperation with a broader scope, covering a wider field and at a deeper level.

Wang made the remarks in a video speech at the China-Russia think-tank forum, which was jointly held by the Chinese Academy of Social Sciences and Russian International Affairs Council.

Wang expressed his congratulations and gratitude to the strategic and academic circles of the two countries that have long been committed to the cause of Sino-Russian friendship on the 20th anniversary of the signing of China-Russia Treaty of Good-neighborliness and Friendly Cooperation.

As China and Russia marked the 70th anniversary of the establishment of diplomatic relations between the two countries in 2019, Chinese President Xi Jinping and his Russian counterpart Vladimir Putin upgraded bilateral relations to a comprehensive strategic partnership of coordination for a new era, which injected new connotation to the treaty, said Wang.

The treaty has laid a solid legal foundation for the long-term healthy and stable development of Sino-Russian relations, Wang said, adding that with adherence to the principle of equality and trust, mutual support and common prosperity, the two countries have promoted bilateral relations at a sustained high level and the cooperation in various fields has been enhanced.

Wang said China is willing to work with Russia to be responsible powers that take the lead in sticking to equality, integrity, and cooperation as well as abiding by the laws.

He called on the two countries to synchronize their efforts towards the great rejuvenation of both countries, and continuously inject new impetus to promote the building of a community with a shared future for mankind.

Wang also expressed his hope that the think tanks of the two countries can carry out extensive and in-depth exchanges and cooperation to provide more intellectual support and actions for consolidating Sino-Russian friendship, enhancing bilateral relations, improving global governance and promoting the building of a community with a shared future for mankind.

Russian Foreign Minister Sergei Lavrov also addressed the forum via video. He said the signing of the treaty between Russia and China by the heads of state 20 years ago opened a new chapter of friendship between the two peoples, promoted bilateral cooperation in the fields of trade and economy, energy, and cultural exchanges, and elevated relations between the two countries to new heights.

Lavrov stressed that Russian-Chinese relations transcend military and political alliances and the significance of the treaty transcends time, allowing the development of bilateral ties to be free from the traditional framework.

At present, some Western countries are trying to replace the international legal system which takes the UN Charter as its core with the so-called "rules-based order," Lavrov pointed out.

In this context, the significance of strategic cooperation between Russia and China, as important forces in maintaining stability and strategic balance in the world, in promoting a more just, democratic and stable multipolar international order has become even more pronounced, he stressed.