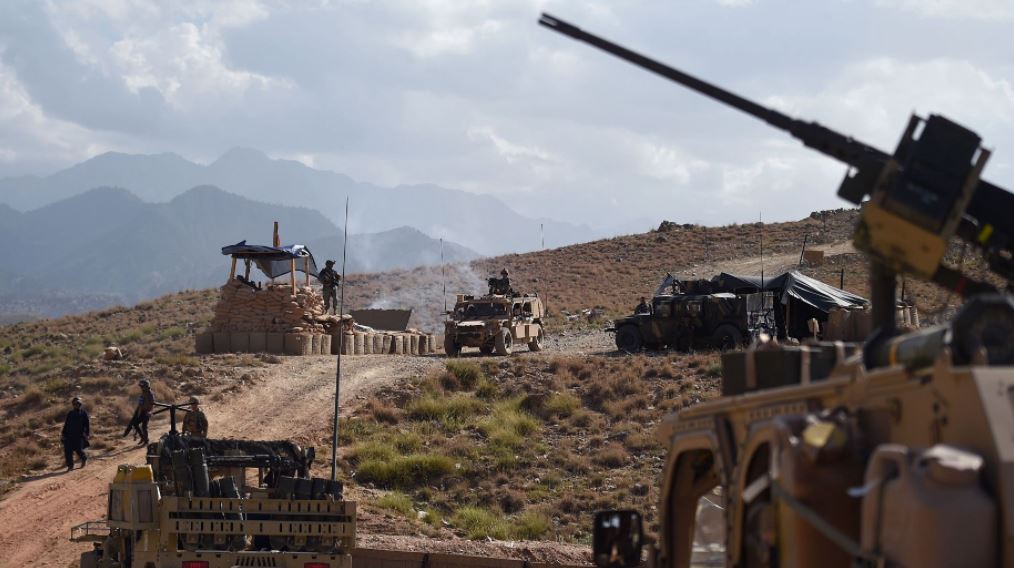 Editor's note: Hamzah Rifaat Hussain is a former visiting fellow of the Stimson Center in Washington, D.C., and serves as an assistant research associate at the Islamabad Policy Research Institute (IPRI) in Pakistan. He specializes in conflict resolution dynamics and bilateral relations between states. The article reflects the author's opinions and not necessarily the views of CGTN.

On June 1, the U.S. Central Command said that 30-44 percent of the planned troop withdrawal from Afghanistan has been complete. Since the formal troop withdrawals began, however, Kabul has confronted a fragile peace process since Doha 2020 remaining elusive, violence perpetrated by the Taliban continuing unabated, and regional security been imperiled as glaring realities with regional implications. Not much has changed for the Afghan population since 2001 and 20 years of the U.S.-led war on terror sanctioned by the George W. Bush administration either.

As far as principles of humanitarianism are concerned, numerous U.S. administrations have sought to authorize military force in theaters of conflict with the purported aim of promoting stability, democracy, and prosperity in other sovereign states. In Afghanistan, since 2001, humanitarian intervention has not translated into material well-being for the war fatigued population which confronts soaring poverty levels, a dilapidated security apparatus, and most importantly, the absence of an everlasting political solution to a decades-old conflict.

As per reports released to the United States Congress by the Special Inspector General for Afghanistan Reconstruction in 2021, the population confronts severe food insecurity with close to 11.2 million people or 36 percent facing an emergency. The same report also suggests that economic recovery prospects having a trickle-down effect on the populations are hampered due to the fragile nature of the Afghan peace process. The future of the country is being defined by the defiance of the Taliban, with no change in their modus operandi as acknowledged by the Wall Street Journal itself.

In truth, a rampant insurgency, skepticism over sustainable peace, rising poverty levels, and security quagmires are the legacy that Washington D.C. is leaving behind in the country. By definition alone, humanitarian intervention is directed towards alleviating the suffering of the population within a sovereign territory which so far has not materialized with the American strategy in the country more in sync with invoking Article 51 of the UN Charter towards self-defense.

There too lies a contradiction in the Afghan case. Aspects such as proportionality and the imminence of the threat govern the right to exercise force yet the 20-year conflict has only resulted in Afghan civilians being disproportionately affected. Furthermore, the imminence of the threat Taliban pose has been complimented with treating them as stakeholders in the Doha Peace Deal of 2020 which is a glaring contradiction with searing implications for Afghan civilians as well.

Post troop withdrawals, the situation is bound to worsen. The mushrooming of Afghan's informal economy has disastrous consequences for the future health of the formal economy and as per World Bank estimates; private sector employment remains narrow, with 44 percent of the total workforce still dependent on agriculture with close to 60 percent of households deriving some sort of income. 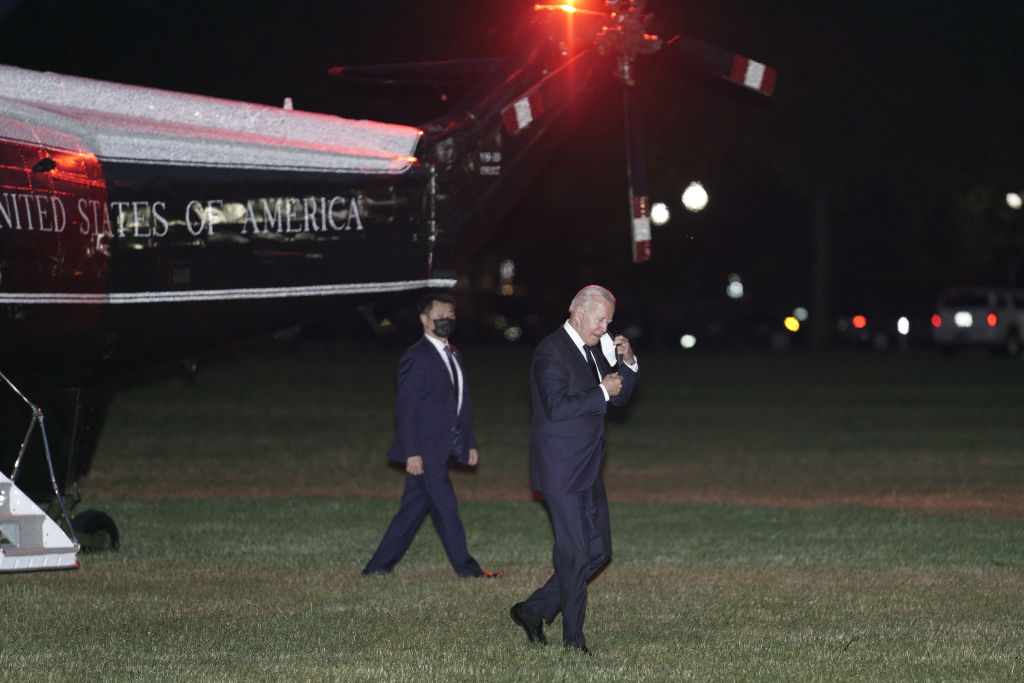 U.S. President Joe Biden removes his protective mask as he walks across the Ellipse near the White House after exiting Marine One in Washington, D.C., U.S., June 1, 2021. /Getty

U.S. President Joe Biden removes his protective mask as he walks across the Ellipse near the White House after exiting Marine One in Washington, D.C., U.S., June 1, 2021. /Getty

This is the state of Afghanistan's economic profile with a collapse in peace negotiations only serving to widen existing deficits, dealing blows to industrialization prospects, and further cementing the illicit economy. For a war fatigued and impoverished population, this is anything but promising.

Then comes the question of security which is not confined to Afghan borders alone. According to the Taliban, U.S. forces and NATO have not abided by the Doha Accord of 2020 which enshrines principles of restraint with power vacuums being brazenly exploited by the former and set to increase in the scope given that troop withdrawals give the Taliban leadership more political clout and influence.

Regional alarm bells have already begun to ring with Pakistan and Afghanistan asking both each other and Washington D.C. to take practical steps instead of hasty decisions on withdrawals given that a breakdown in Afghan peace and the resurgence of the insurgency is both transnational and deleterious. The Joe Biden administration cannot guarantee as the former Donald Trump administration couldn't do after the Doha Peace Deal was struck that the Taliban will renounce violence, disarm or integrate into the political system which leaves the region at the peril of increased instability and turmoil. While the capacity building of the Afghan forces in the post-withdrawal scenario is a policy consideration, it falls short in providing tangible solutions which are cognizant of breakdown scenarios.

In truth, since the commencement of the war in Afghanistan in 2001 upon the premise of humanitarian intervention and the right to self-defense to formal troop withdrawal in 2021, Afghanistan has confronted and continues to confront a dire humanitarian crisis complemented with lingering security quagmires and elusive peace. The legacy that the Biden administration and its predecessors are leaving behind is not of optimism for the Afghan people but that of uncertainty and turmoil.