Download
More or fewer nukes – that is the question
First Voice 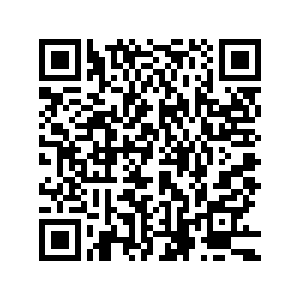 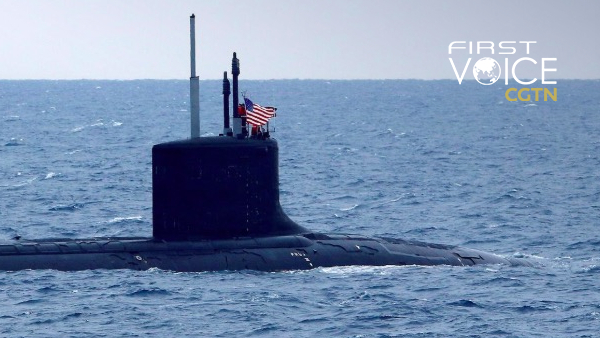 "If future budgets reverse the choices we've made, and pour additional money into a nuclear buildup, it harkens back to the Cold War and will do nothing to increase the day-to-day security of the United States or our allies," then Vice President Joe Biden said in 2017.

So, as president, he made sure the "additional money" is poured subtly and provided with cover.

In the Fiscal Year 2022 Defense Budget, $43.2 billion is requested for nuclear weapons, $1 billion more than 2021. But, according to POLITICO's analysis on June 2, the picture is quite different if one looks at the specifics. The Pentagon wants to keep the W76-2 low-yield warhead – something that's been described as "particularly worrisome because it would have been relatively easy to jettison" – and has allocated $5.2 million for a new sea-launched cruise missile that could carry a nuclear warhead. $10 million was requested for warheads in the National Nuclear Security Administration's budget. $609 million were proposed for the Long Range Standoff Missile program which, according to the report, is $250 million more than the Donald Trump administration's projection for fiscal 2022.

"Now Biden wants to fully fund all of Trump's nukes, which is the real Biden?" asked Tom Collina, director of policy at the leading disarmament group Ploughshares Fund.

Coincidence or not, the Daily Express published an article also on June 2 describing a recently unearthed 1966 study showing that the top echelons of the U.S. government made "concerted plans to drop nuclear bombs" on the Chinese mainland if it uses force against Taiwan. 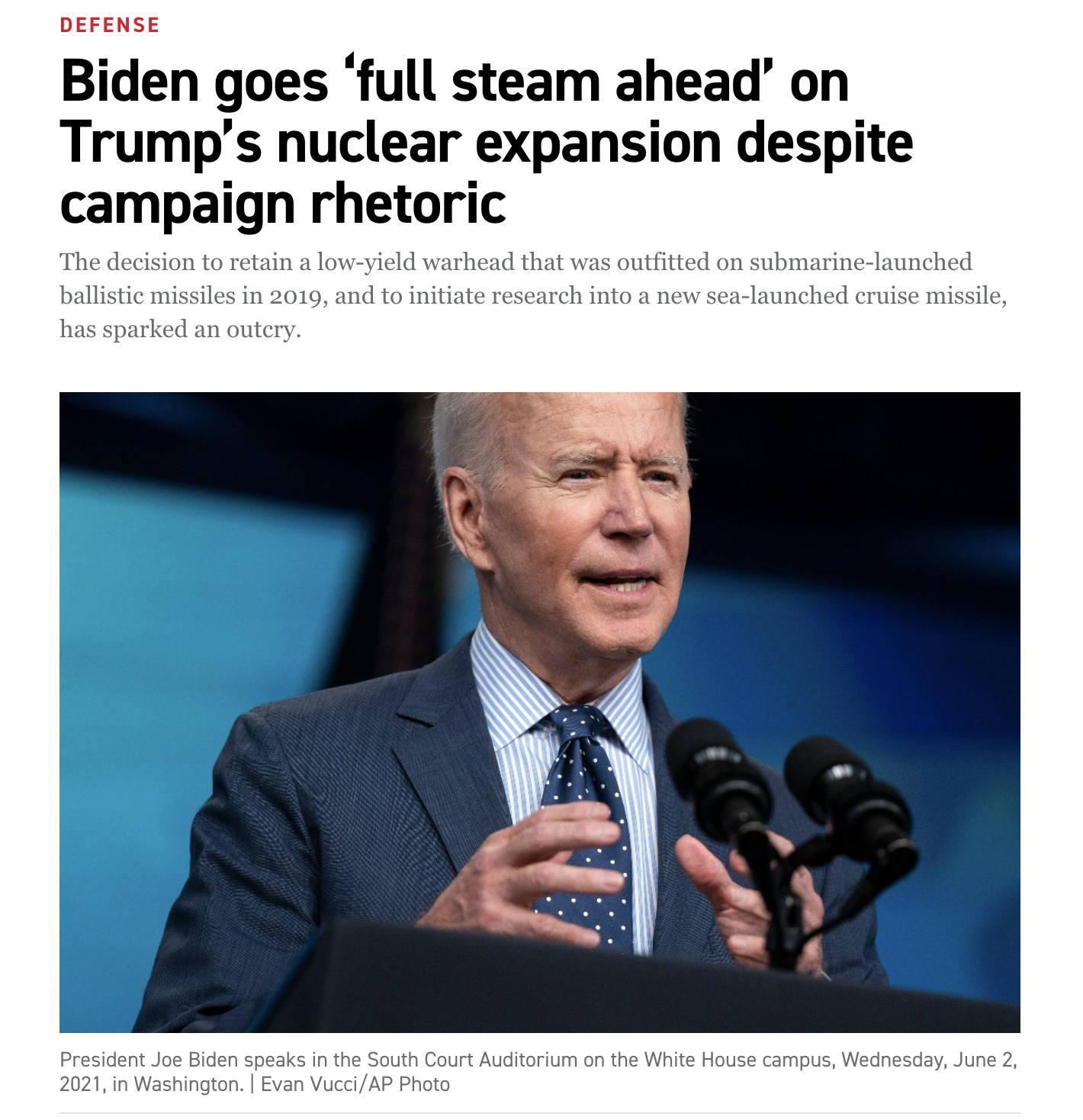 A screenshot of POLITICO's story on Biden's nuclear expansion.

A screenshot of POLITICO's story on Biden's nuclear expansion.

It's not difficult to see the connections here. The United States has recently stepped up its naval presence in the Taiwan Straits. Secretary of State Antony Blinken stated that China threatens NATO security and called for a joint approach to counter its Asian rival in March. The rapidly cementing view of China as America's primary geopolitical and military challenger has become a unicorn-like issue that creates bipartisan cooperation in a highly partisan Washington. Biden, attacked by Republicans as cozying up to China and working with a thinly-controlled Democratic Congress, is far more incentivized to step up the efforts either through personal belief or political expediency – or both.

While the administration increases its effort to achieve nuclear supremacy, the government also seeks to continuously trim China's capability. On the same day as the POLITICO report, Republican Senator Steve Daines unveiled a non-binding resolution demanding that any restrictions on U.S. ballistic missiles are also imposed on Russia and China and should be "subject to consent from the Senate."

China, described as the third largest nuclear force in the world with its number of warheads lagging far behind that of the U.S. and Russia, has long rejected this notion of arms control. Geng Shuang, the deputy permanent representative of China to the UN, said in 2020 that China has always kept its nuclear capabilities "at the minimum level required for its national security" and will not take part in a nuclear arms race. China remains the only P5 member to adhere to a "no-first-use" policy and commits to not use or threaten non-nuclear-weapon states with its nuclear weapons.

Increasing one's own capability while trying to deprive the other of theirs looks eerily like the act of somebody with the prospect of military confrontation in mind. And in a world where relationships between countries are increasingly strained by differences and conflicts, being not-so-subtly aggressive in attempting to gain a nuclear advantage doesn't incite confidence in America's intention or international stability.