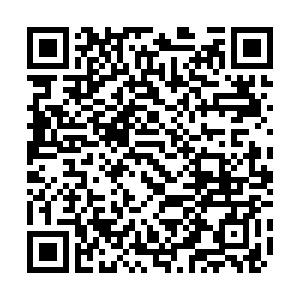 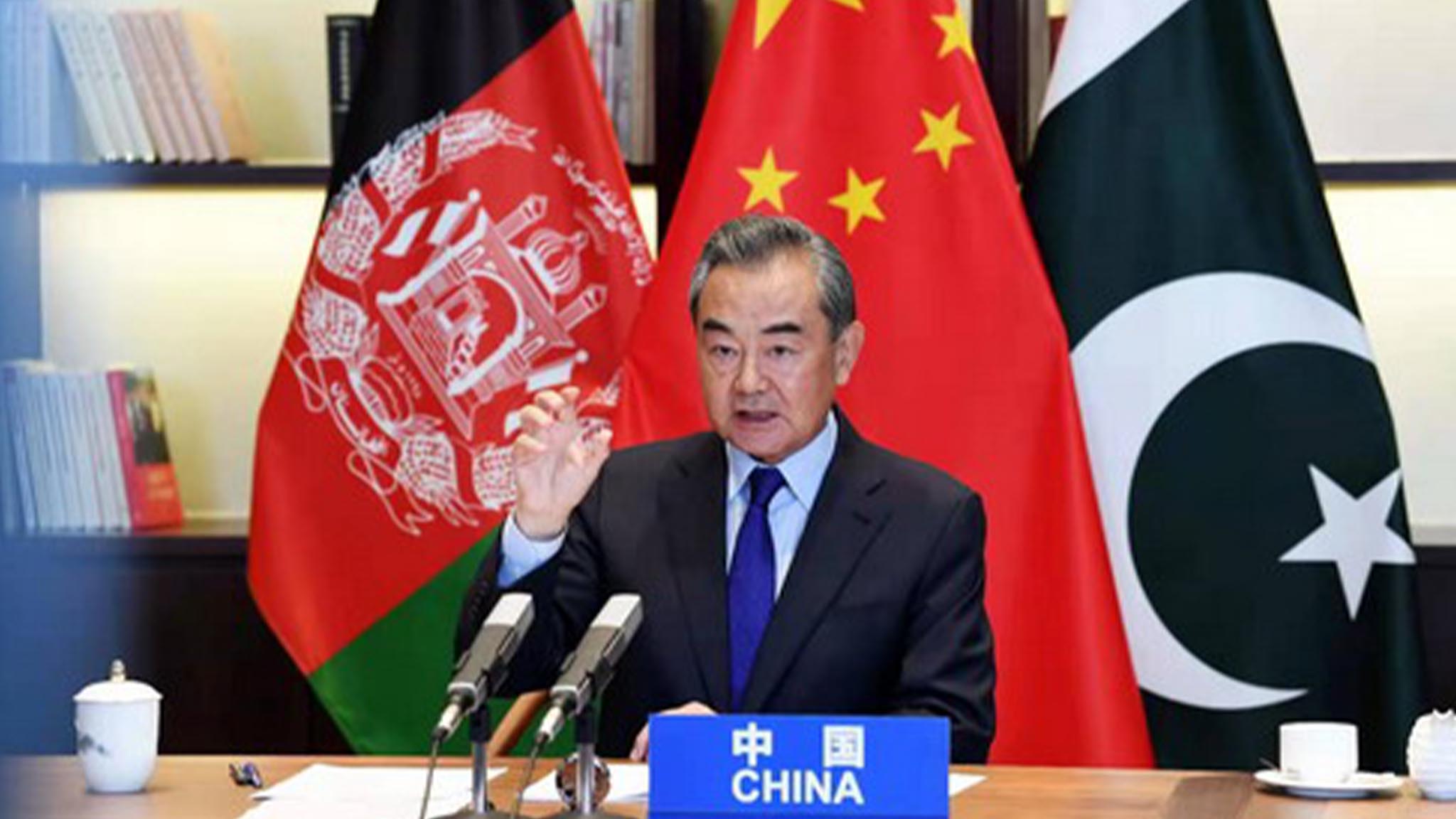 China, Afghanistan and Pakistan on Thursday called for the responsible and orderly withdrawal of foreign troops from Afghanistan to avoid a deterioration in the security situation in the region or giving terrorist forces the opportunity to thrive.

The statement said the ministers underlined the importance of a peaceful resolution to the conflict in Afghanistan and called on all parties in the country to make an early declaration of a comprehensive ceasefire and an end to the senseless violence in order to create the conditions needed for negotiations between Afghanistan and the Taliban.

They insisted that United Nations (UN) Security Council resolution 2513 on securing peace in Afghanistan must be observed and said they look forward to and welcome the early return of the Taliban to the country's political mainstream.

The foreign ministers reiterated that they do not support the establishment of any government imposed by force and they wanted Afghanistan to be an independent, sovereign and democratic state that enjoys security and stability, achieves development and prosperity, and lives in harmony with its neighbors.

The resolution of governance issues should fully reflect the "Afghan-led, Afghan-owned" principle, they said, and the Afghan government could play a leading role in Afghanistan's peace and reconciliation process to draw up a plan with all parties that reflects extensiveness and inclusiveness.

The ministers called on the international community, particularly the UN and the Shanghai Cooperation Organization, to make positive contributions to advancing peace and reconciliation.

They recommended that Afghanistan's neighbors play a more important role in the process.

China and Pakistan reaffirmed their firm support for the peaceful reconstruction of Afghanistan and readiness to expand economic and trade ties with Kabul and support it in enhancing its capacity for independent development, according to the statement. 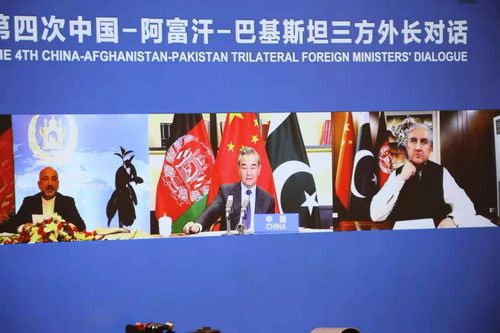 Trilateral cooperation against backdrop of COVID-19

The three sides also agreed to explore ways to deepen trilateral cooperation against the backdrop of COVID-19 and substantively expand the Belt and Road cooperation in Afghanistan to bring more benefits to the people of the region.

They reiterated the consensus of jointly fighting all terrorist groups, such as the East Turkistan Islamic Movement, Tehrik-e-Taliban Pakistan and ISIL.

China emphasized its readiness to continue to play a constructive role in facilitating the improvement of relations between Afghanistan and Pakistan, said the statement.

The three sides reaffirmed that they will deepen cooperation under the Belt and Road Initiative, and the Regional Economic Cooperation Conference (RECCA), "Heart of Asia" Istanbul Process (HoA/IP) and other regional economic initiatives, and support the extension of the China-Pakistan Economic Corridor to Afghanistan, as well as work to make it a flagship project of the trilateral cooperation.

They commended the progress made by Afghanistan in the area of connectivity and in carrying out trades through Gwadar Port, and other seaports in the region, and expressed readiness to further tap cooperation potential to raise the level of connectivity among the three countries and in the region.

As a long-term objective, and as the next logical progression in the trilateral cooperation, larger-scale projects in infrastructure and development including railways will be considered at an opportune time, the statement said.

They also agreed on further cooperation in the fight against COVID-19 with China, saying it is ready to continue to provide vaccine and anti-epidemic materials to the other two countries.