Download
Does the CPC work for China?
Zhang Weiwei 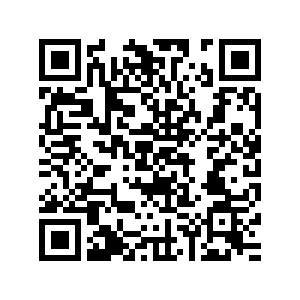 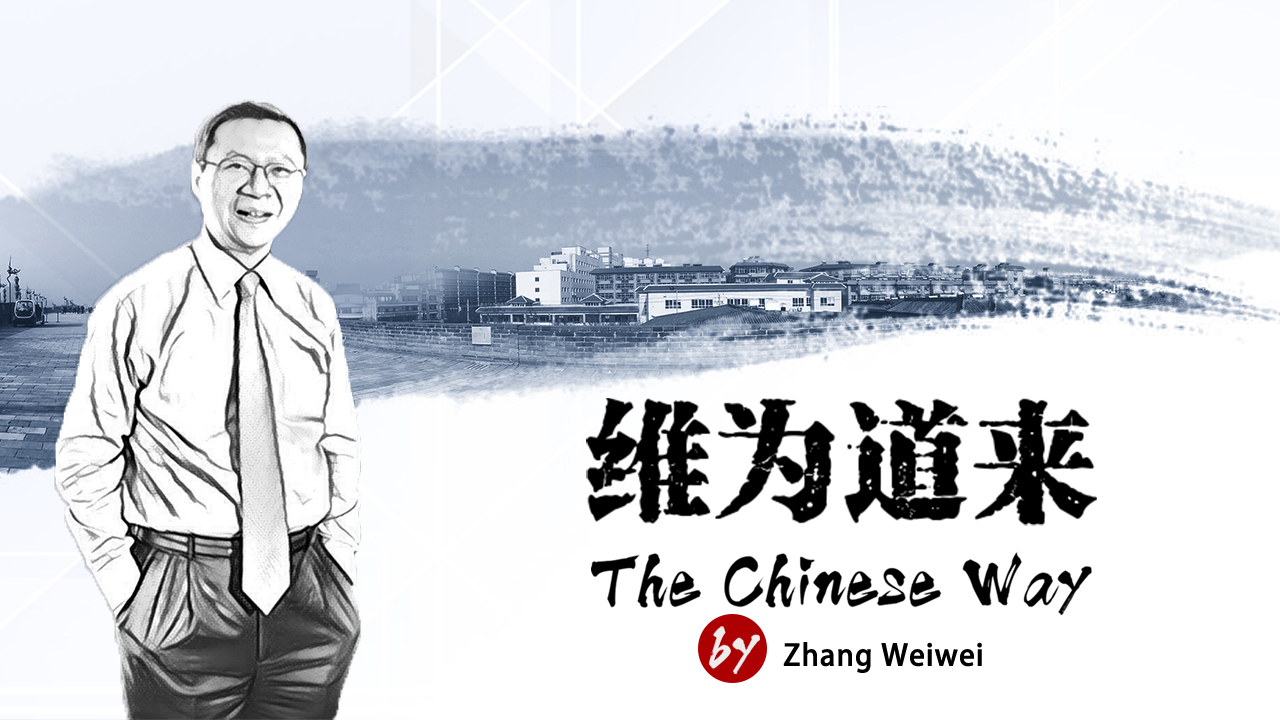 Editor's note: Zhang Weiwei is a Chinese professor of international relations at Fudan University and a senior research fellow at the Chunqiu Institute. He is the author of "The China Wave: Rise of a Civilizational State." As July 1, 2021, which marks the 100th anniversary of the founding of the Communist Party of China, is approaching, we've re-posted an episode of Professor Zhang's The Chinese Way series, in which he identifies why China's system of one-party governance is an important factor in the country's success. Opinions expressed in this video are his and not necessarily those of CGTN.

- The CPC is not an equivalent of Western political parties

- Selection and election reconnects China's past with its present

The dominance of the Communist Party of China (CPC) sometimes raises eyebrows from those outside the country. Chinese scholar Zhang Weiwei argues that the "all under heaven" system is an important factor in the country's success.

Many observers in the West have questioned China's system of one-party governance. This question may well be misplaced. In fact, there is nothing new about one-party governance in China – for most of the past two millennia, since the country's first unification in 221 B.C., China has almost always practiced a kind of one-party rule, or rule by a unified ruling entity with officials selected through competitive public exams (the Keju). 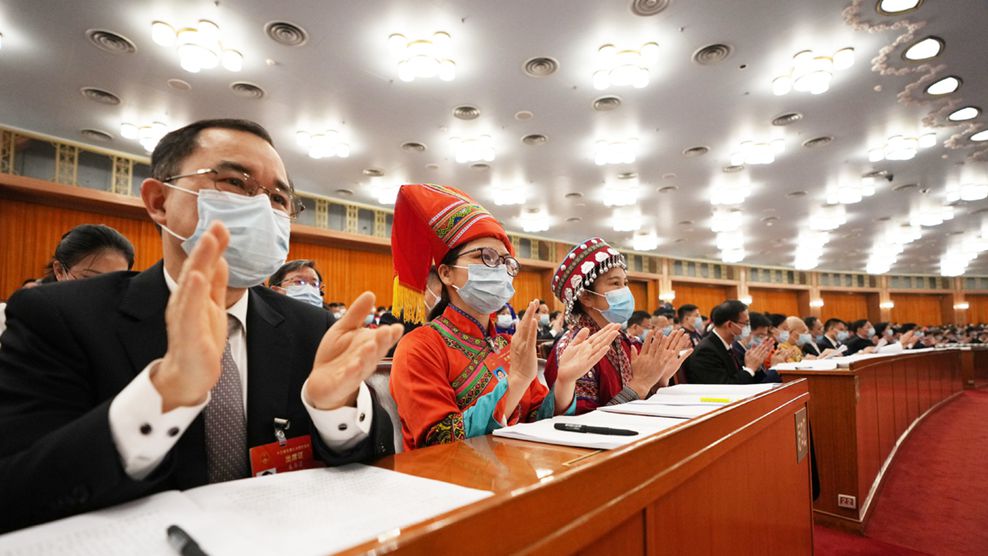 The fourth session of the 13th National People's Congress opens at the Great Hall of the People in Beijing, China, March 5, 2021. /Xinhua

The fourth session of the 13th National People's Congress opens at the Great Hall of the People in Beijing, China, March 5, 2021. /Xinhua

Furthermore, during most of the one-party rule eras, China was by far a better governed country, and a more peaceful and prosperous country than European states in the same epoch.

In this context, the word "party" may be a misnomer for the CPC, as it bears no similarity to the types of political institutions in the U.S., such as the Republican or Democratic parties, which openly represent the interests of certain social groups, and then compete with each other to get elected. In the eyes of many educated Chinese, Western political parties should be described as "partial interest parties."

The CPC is vastly different. It has been trying, in China's own political tradition, to represent the interests of the overwhelming majority of the people or "all under heaven." In this sense, the CPC should be described as a "holistic interest party" or a "state party."

Within this kind of party, fresh ideas are encouraged, competence valued, consensus reached and the can-do spirit prized.

China is not an ordinary country. It is a civilizational state, an amalgam of the world's longest continuous civilization with a huge modern state, a product of hundreds of states merged into one over its long history. 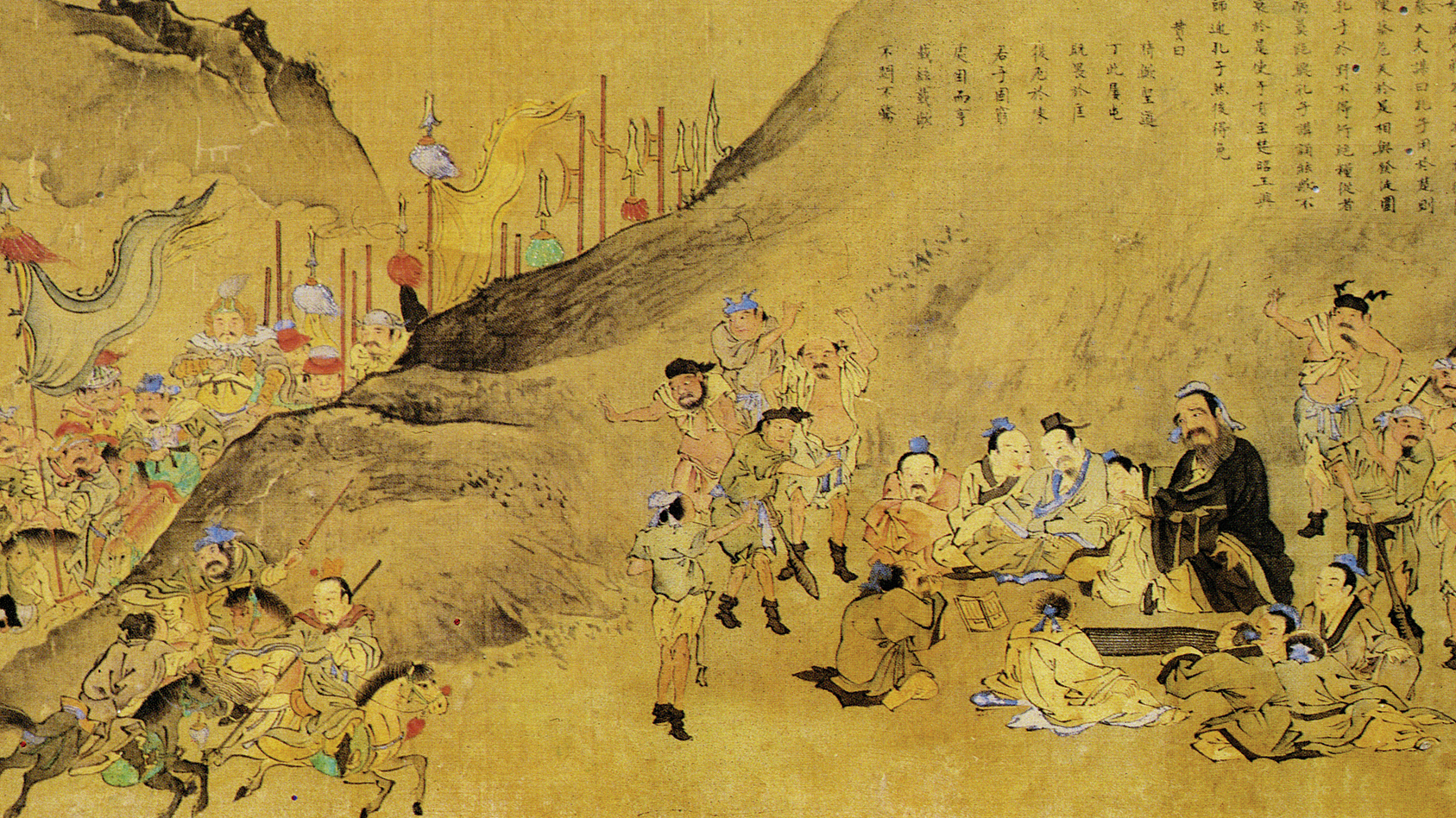 A Chinese painting shows the conversation between Confucius and his disciples. /VCG

A Chinese painting shows the conversation between Confucius and his disciples. /VCG

This kind of state would become ungovernable if the adversarial political model were applied, as in the case of China's 1911 Republican Revolution, when the country copied the American model and degenerated into warlords fighting each other with tens of millions of lives lost in the decades to come.

As a civilizational state, China's political governance is strongly influenced by its own long political tradition. For instance, the idea of the Mandate of Heaven (天命) or what I call "performance legitimacy."

Confucius, China's most famous ancient sage, warned Chinese rulers that "water can carry a boat but also overturn it," which means that unless rulers work with diligence to ensure good governance (良政善治), people could rise up and rebel in the name of "heaven." This Chinese idea of a "social contract" preceded Jean-Jacques Rousseau's theory by over two millennia.

Chinese leaders today have adapted this idea into a sense of mission to realize the Chinese Dream of restoring the country's premier world-class status, and creating a more just and prosperous society for all.

The same is true with the Chinese tradition of meritocracy, where only the most competent and experienced were selected to govern the country through the Keju system. Today's system of "selection and election" in many ways reconnects China's past with the present, and the Chinese with the Western. To a great extent, this reconnection explains China's great success today.