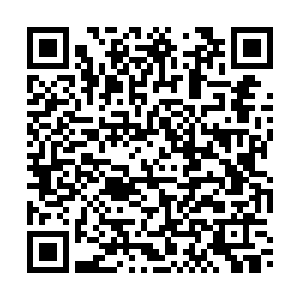 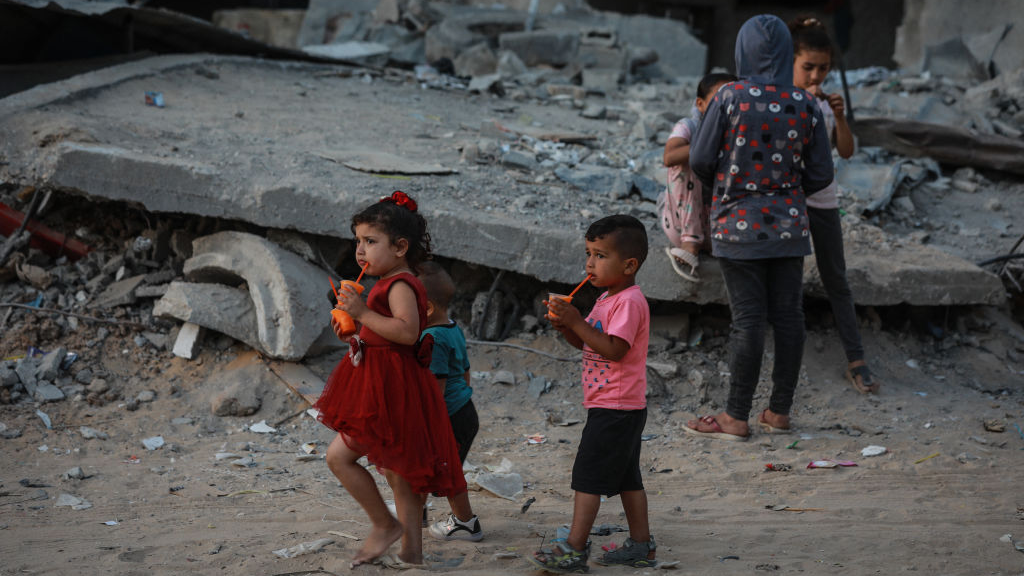 Editor's note: Xin Ping is a commentator on international affairs. The article reflects the author's opinions and not necessarily the views of CGTN.

On June 1, balloons, ribbons and flowers are usually put up to celebrate the carefree happiness of children all over the world. But such joy is unreachable for 10-year-old Nadeen from Gaza and 11-year-old Eden from Dekel, Israel. Both have recently survived 11 days of crossfire between Israel and Palestine. Part of Nadeen's community was reduced to rubble under heavy bombing, and what kept echoing in Eden's head was the sound of flying rockets.

For many children in Palestine and Israel, a happy Children's Day is only a luxury to dream about on war-ridden nights on the brink of life and death.

The international community has been called upon to do something to bring back peace in this much-troubled region and save a better future for the next generation. But the efforts are often hindered by one country – the United States. After having vetoed four times a UN Security Council draft resolution or statement aiming at an immediate ceasefire before the truce, the U.S., yet again, attempted to block the open-ended commission of inquiry established by the UN Human Rights Council.

The U.S. seems unabashed in bringing up its commitment to lasting peace in the Middle East over and over again and boasts about its "ongoing diplomatic efforts" for the goal. What does that mean exactly? "America's ironclad commitment" towards Israel? The four vetoes it has cast at the Security Council? Or the effort it never spares to ratify many "biggest-ever-in-history" military aid packages to its allies in the region?

As a "genuine" ally of Israel, the U.S. is accustomed to abusing its power in the multilateral arena. According to UN data, the U.S. has so far wielded its veto power 53 times with respect to resolutions critical of Israel – as an absolute minority or even by itself. Each of the failed multilateral political efforts has resulted in a wave of escalated violence, leading to more Palestinian casualties.

Almost the whole world has rejected the recognition of Jerusalem as Israel's capital and the location of the U.S. Embassy announced by President Trump. But the new U.S. administration seems to have inherited the policy so far, leaving a source of instability in place. The latest outburst happened at the Al-Aqsa Mosque, triggering the crossfire that consumed 256 lives, including 69 children. 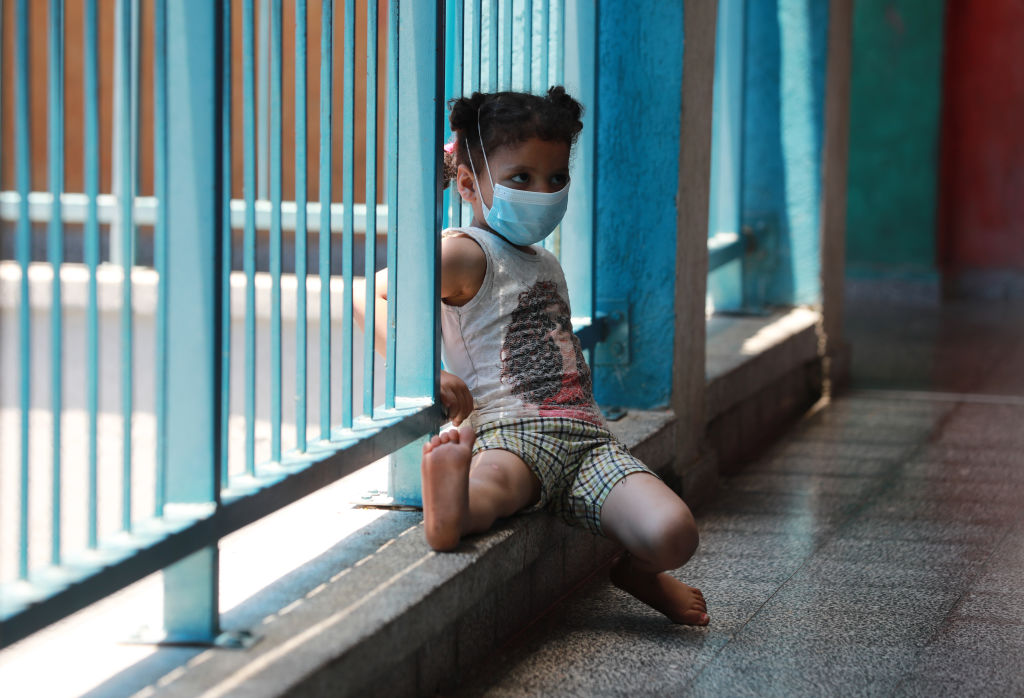 A child is seen at a school run by the UN Relief and Works Agency for Palestine Refugees and where they will be living temporarily after their homes were damaged during the recent Israeli bombing in Gaza City, June 1, 2021. /Getty

A child is seen at a school run by the UN Relief and Works Agency for Palestine Refugees and where they will be living temporarily after their homes were damaged during the recent Israeli bombing in Gaza City, June 1, 2021. /Getty

It is hypocritical for the U.S. to advocate for "greater dignity, freedom, or prosperity for either Palestinians or Israelis" since the country itself is exactly the cause of a nightmare for Palestinians and other Muslims in the Middle East.

Of the civilian death toll in the wars in Iraq, Syria and Yemen, a large portion is taken up by children. There has been a 300% increase in the number of children killed and maimed since 2010, according to a record of incidents verified by the UN. Children in the Middle East are most likely to live in a conflict zone, where two in every five live within 50km of the site of a battle or other fatal attacks.

People cannot forget these heartbreaking images: Syrian toddler Alan Kurdi found drowned on the Mediterranean beach, five-year-old Omran Daqneesh covered in blood and dust sitting numbly in an ambulance in Aleppo, and a terrified girl raising her hands in surrender when facing the lens of a camera – mistaking it for a gun.

But none of these could make the U.S. reflect its Middle East policy. What the U.S. really cares about is its strategic and economic interests to counter-balance its rivals, to control global energy supply and to experiment with its new weapons, to name just a few.

It seems paradoxical that a country boasting about its "human-rights-centered" foreign policy always turns a blind eye to violations of children's rights. But this should not be surprising at all. This is a country that keeps faith in "might makes right," that speaks and acts from "a position of strength" instead of equality and justice, and that gangs up with allies to defend their selfish interests at the expense of the wider world. To countries like this, human rights abuse is just a tool to defame any other country that acts against its will.

The U.S. is a true believer and committed practitioner of the law of the jungle. If those are the unspoken words behind the "rules-based international order," the global community must stay highly vigilant.

Children are our dearest treasure and the legacy for the future. They deserve to live in a world where freedom, justice and peace prevail, not the law of the jungle.