Download
Graphics: What you should know about U.S. troop withdrawals from Afghanistan
Pan Zhaoyi 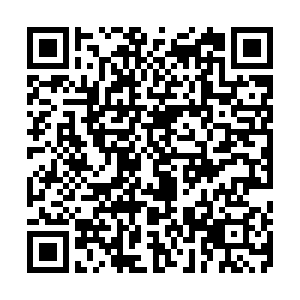 The final phase of the withdrawal of U.S. and NATO troops from Afghanistan has been ongoing for a month. Up to a quarter of American troops have been pulled out, according to the latest data released by the U.S. Central Command last week.

On April 14, U.S. President Joe Biden announced all American forces would leave Afghanistan by September 11, the 20th anniversary of the 9/11 terrorist attacks. And the exit is likely to be accelerated by early to mid-July, military officials told The New York Times.

However, since Biden's announcement, violence has seen a dramatic increase around the country, with attacks reported in 27 of the 34 provinces. At least 140 members of the security forces and 44 civilians were killed in the second week of May – the highest death toll in a single week since last October, data from the Afghan War Casualty Report shows. 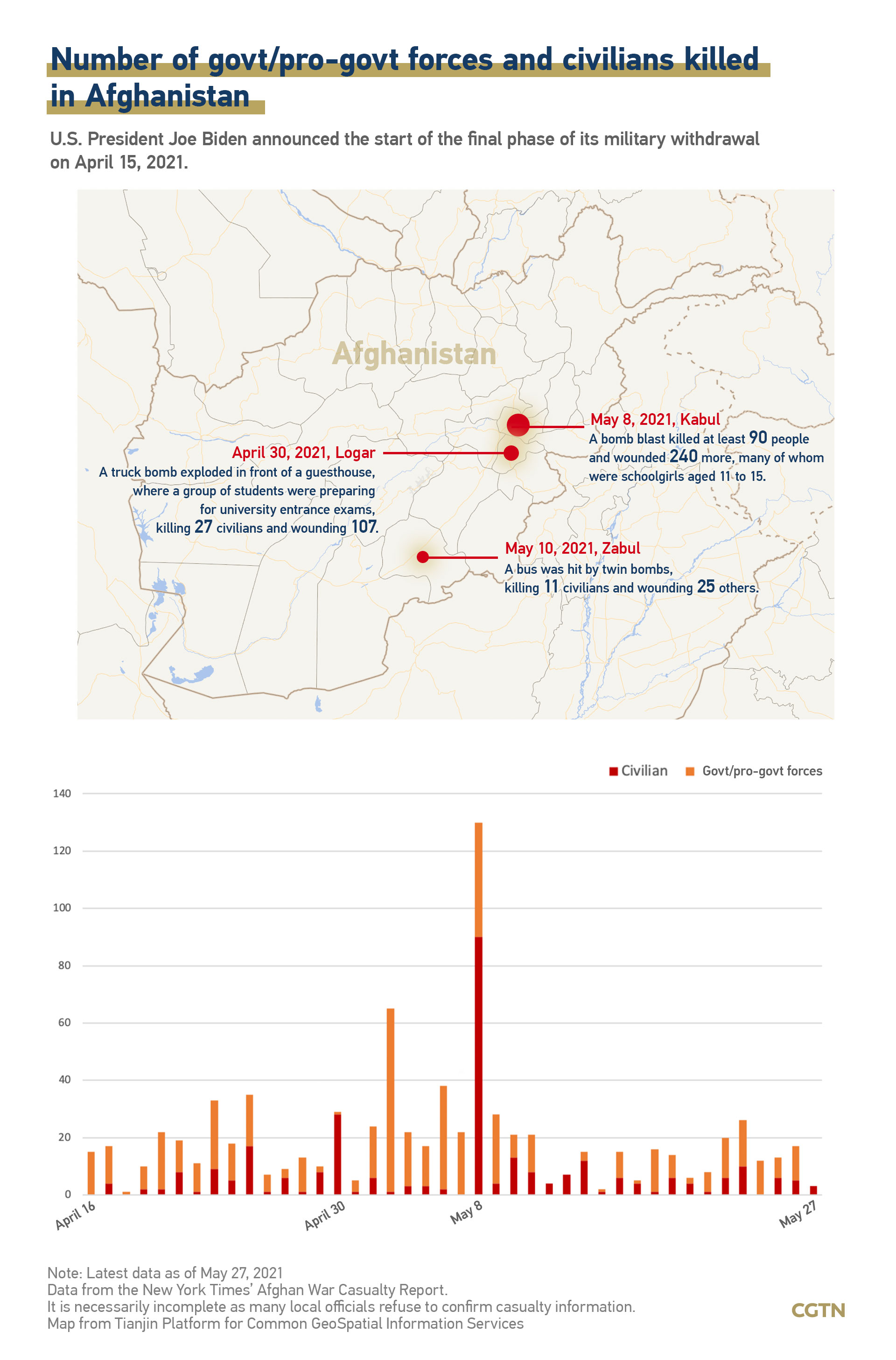 On the eve of the start of the formal withdrawal, a truck bomb killed 27 civilians and wounded 107 more. The explosion occurred in a place where some of the students were preparing for their university entrance exams. Just a week later, a similar tragedy occurred with at least 90 civilians dead and over 240 injured in a bomb blast that targeted schoolgirls.

Although the Afghan government blamed the Taliban for the attack, the group that has waged a 20-year insurgency since being ousted from power by U.S.-led foreign troops in 2001 denied responsibility.

A senior Afghan official told Reuters that the Taliban is putting on a show of force and seeking to gain territory as foreign forces pull out. Afghan chief of intelligence Ahmad Zia Siraj said the Taliban has increased violence "to the highest level" in recent days.

In April, a U.S. intelligence report forecast that the Afghan government will struggle to hold the Taliban at bay if the coalition withdraws support, and a peace deal between the two parties is unlikely to be reached. 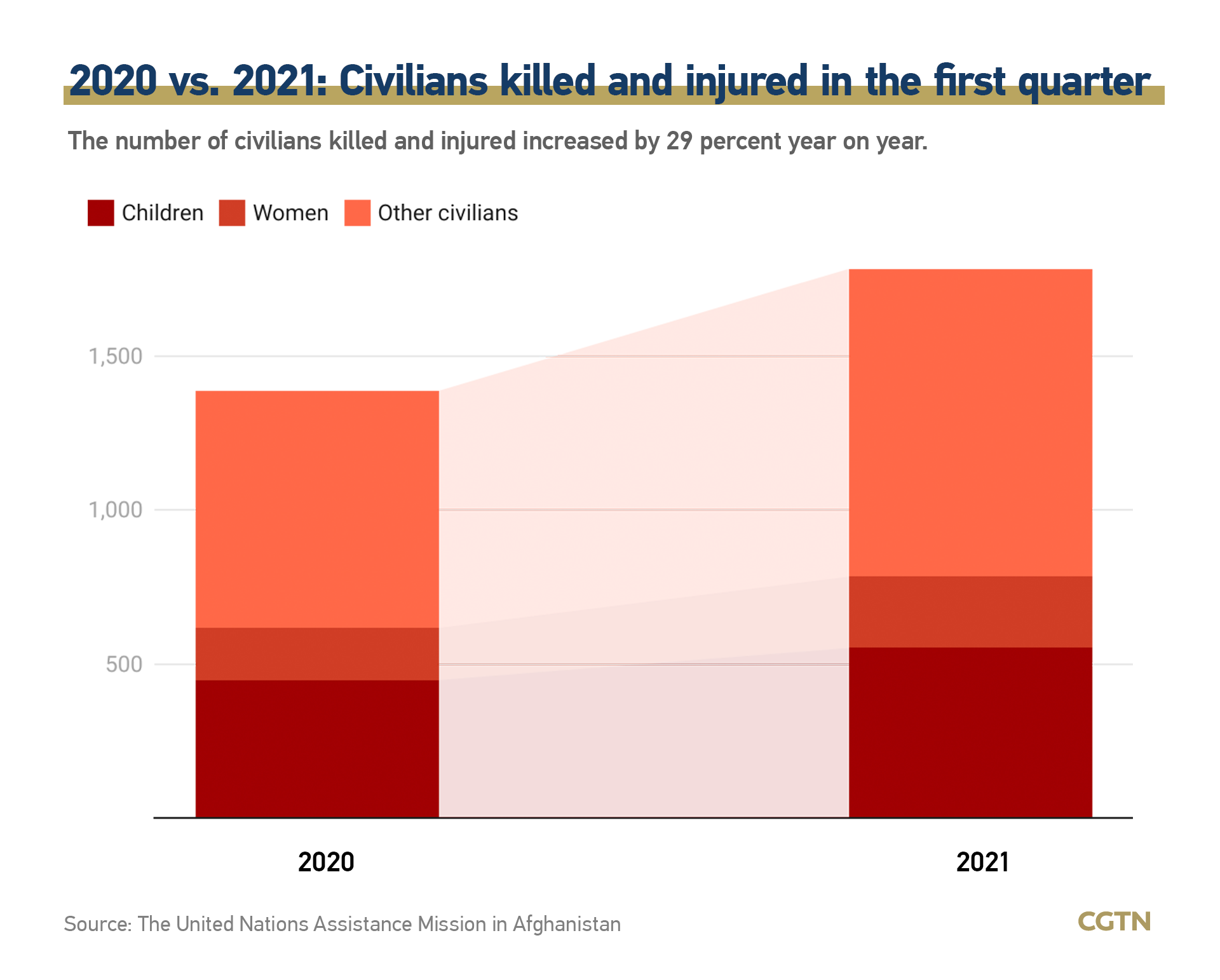 Two decades after the U.S. launched the war in Afghanistan, the security situation is getting worse as the foreign troops exit. According to the latest report released by the United Nations Assistance Mission in Kabul, the number of civilians killed and injured increased by 29 percent compared with the first quarter of 2020.

A total of 1,783 civilian casualties, including 575 fatalities, were recorded in the report, highlighting the urgent need for measures to reduce violence and reach a lasting peace agreement.

However, what is even more staggering is the loss of lives of women and children. Among the total civilian casualties, 552 of them are children, a 23-percent increase compared with the same period in 2020, while for women, the number is 37 percent.

"The people of Afghanistan as the victims of the so-called U.S.-led war on terror had suffered in war during the 20 years old presence of the huge military and would continue to suffer even after the troops' pull out as the militants are still very much active in the country," Nazari Pariani, an Afghan political expert, told Xinhua News Agency. 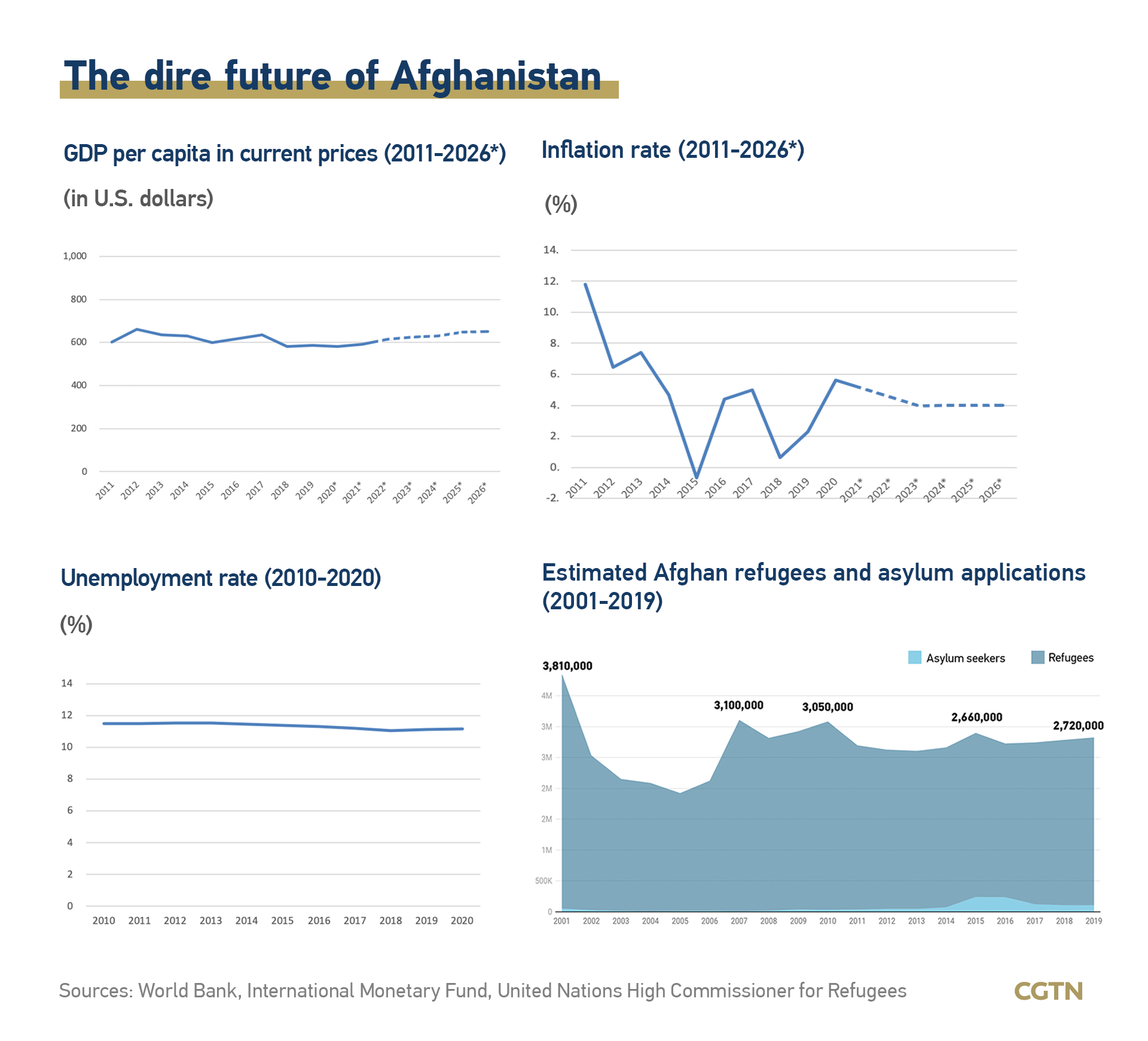 As one of the world's poorest nations, Afghanistan has gone into further decline as a result of an increase attacks in the country. The country's per capita GDP is about $500. Even in the long run, the number is projected to see a very slight increase, according to the data published by the World Bank.

On the other hand, its unemployment rate has remained almost unchanged at a high level for a decade. There are about 2.7 million registered refugees from Afghanistan, comprising the largest protracted refugee population in Asia.

The Brookings Institution, a Washington-based think tank pointed that the political prospects in Afghanistan are not pretty. The existing civil war can easily intensify into a far bloodier, fragmented, and protracted one.