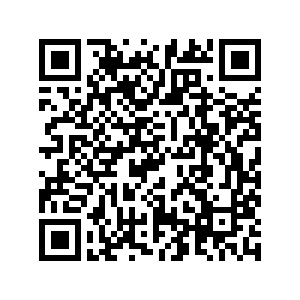 June marks the second anniversary of China and Russia upgrading the relations to a comprehensive strategic partnership of coordination for a new era.

Communication between the two presidents

In 2020, due to the pandemic, the two presidents kept their conversations mainly via phone calls. 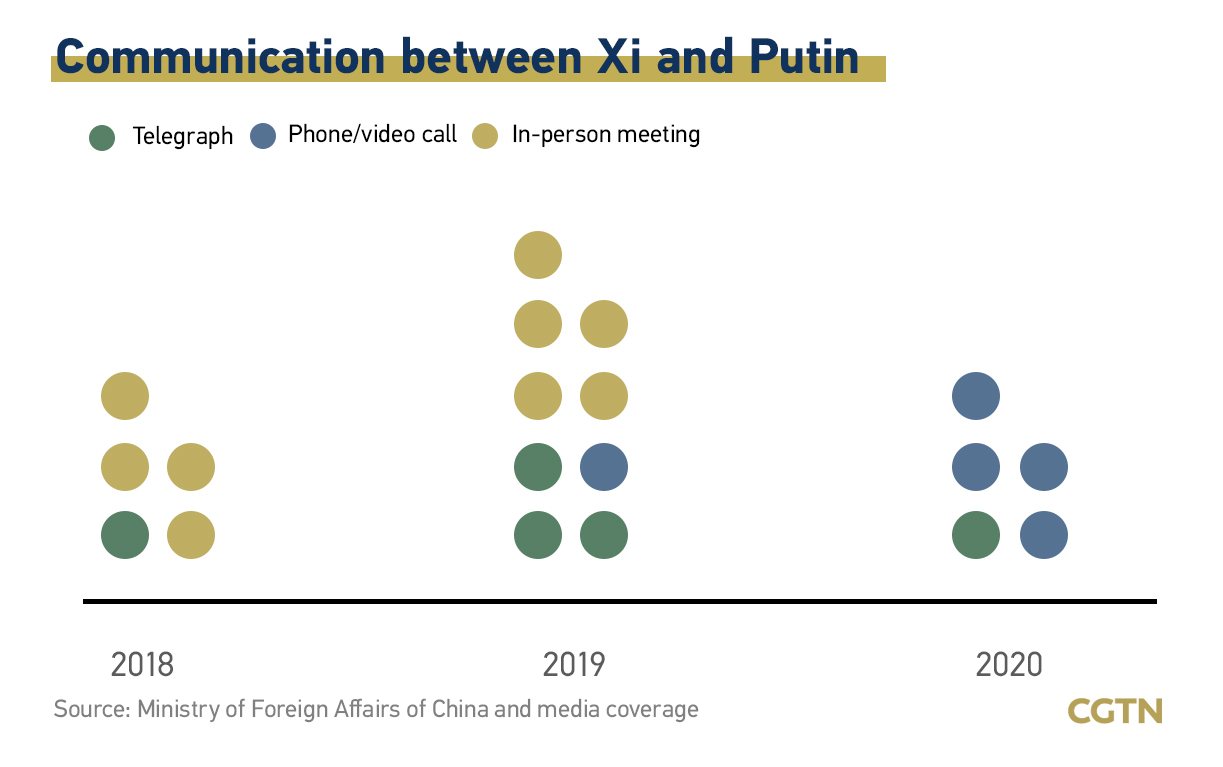 "You've successfully placed your order." With only minutes of browsing, a few clicks, and days of waiting, a package from China will sit on the doorstep across the border in Russia.

In 2020, with the onset of pandemic, Tmall, a Chinese e-commerce platform, saw a surge in cross-border orders from Russia. During the shopping spree of Singles' Day (Double Eleven), more than 130 chartered flights carried and shipped more than 16 million parcels from China to Russia. 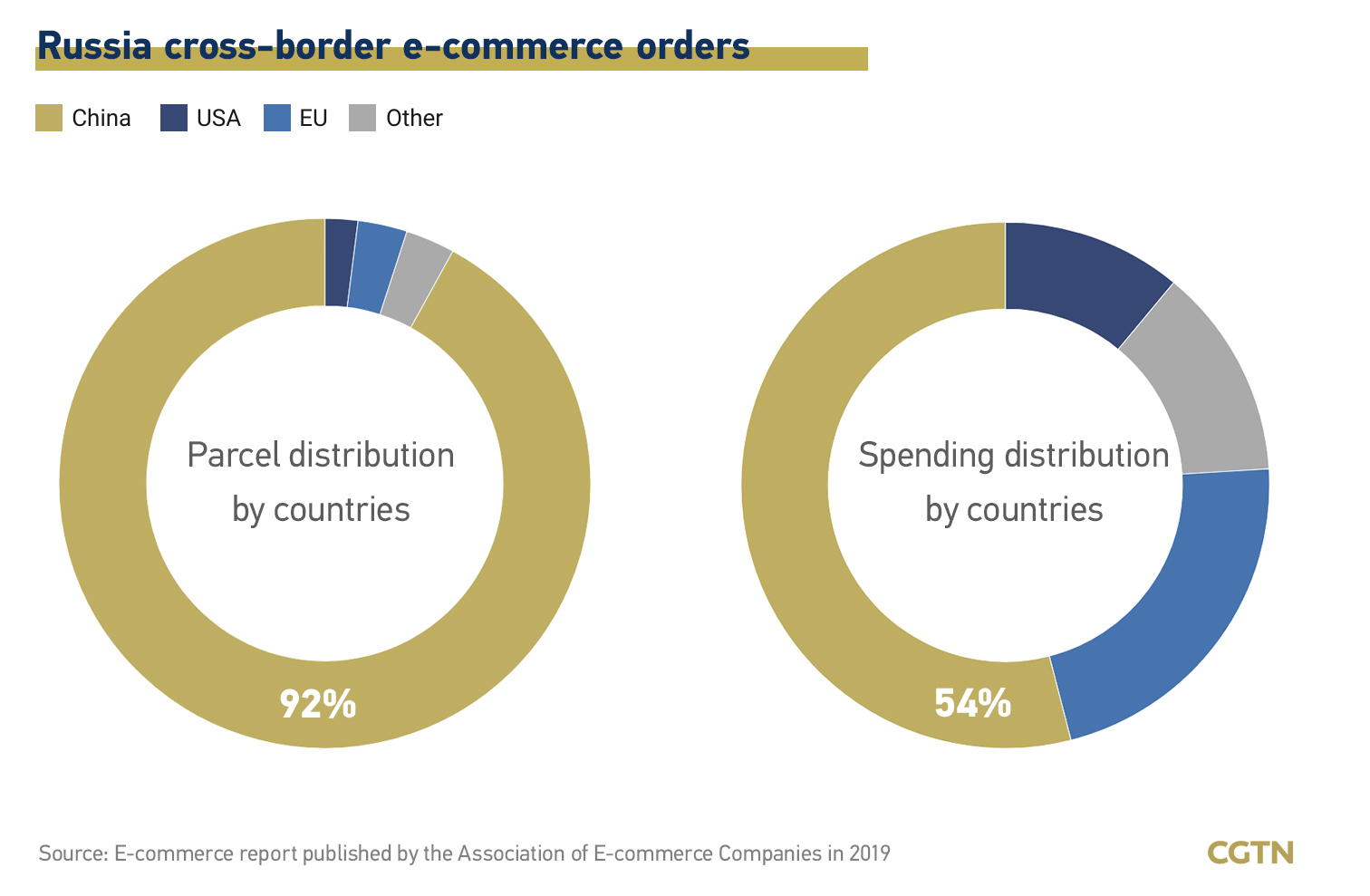 Cross-border e-commerce trade between China and Russia is booming and has become a new growth point for bilateral economic and trade relations.

The overall bilateral trade between the two countries stayed at levels above $100 billion, particularly in 2020, despite the impacts brought by the COVID-19 pandemic. 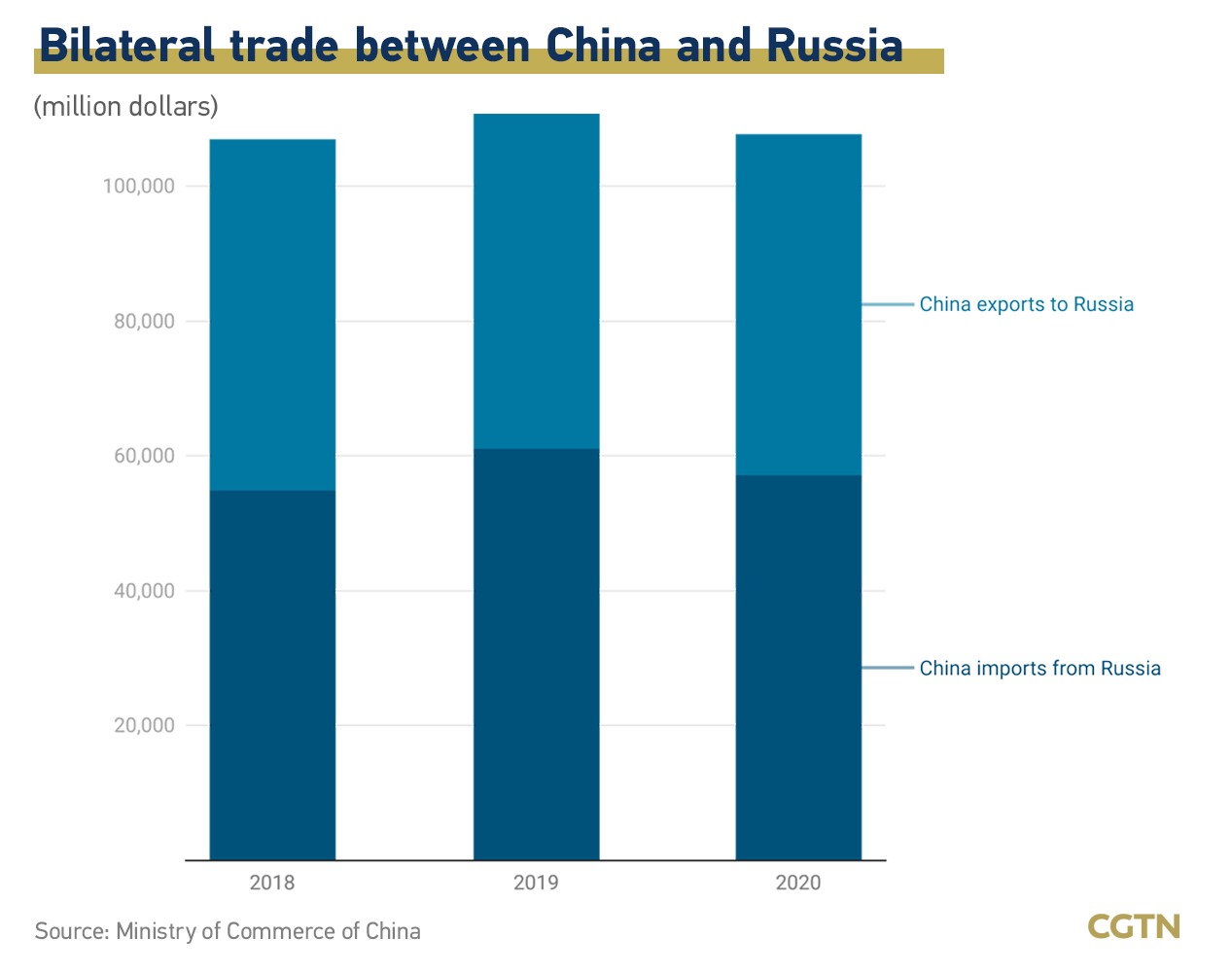 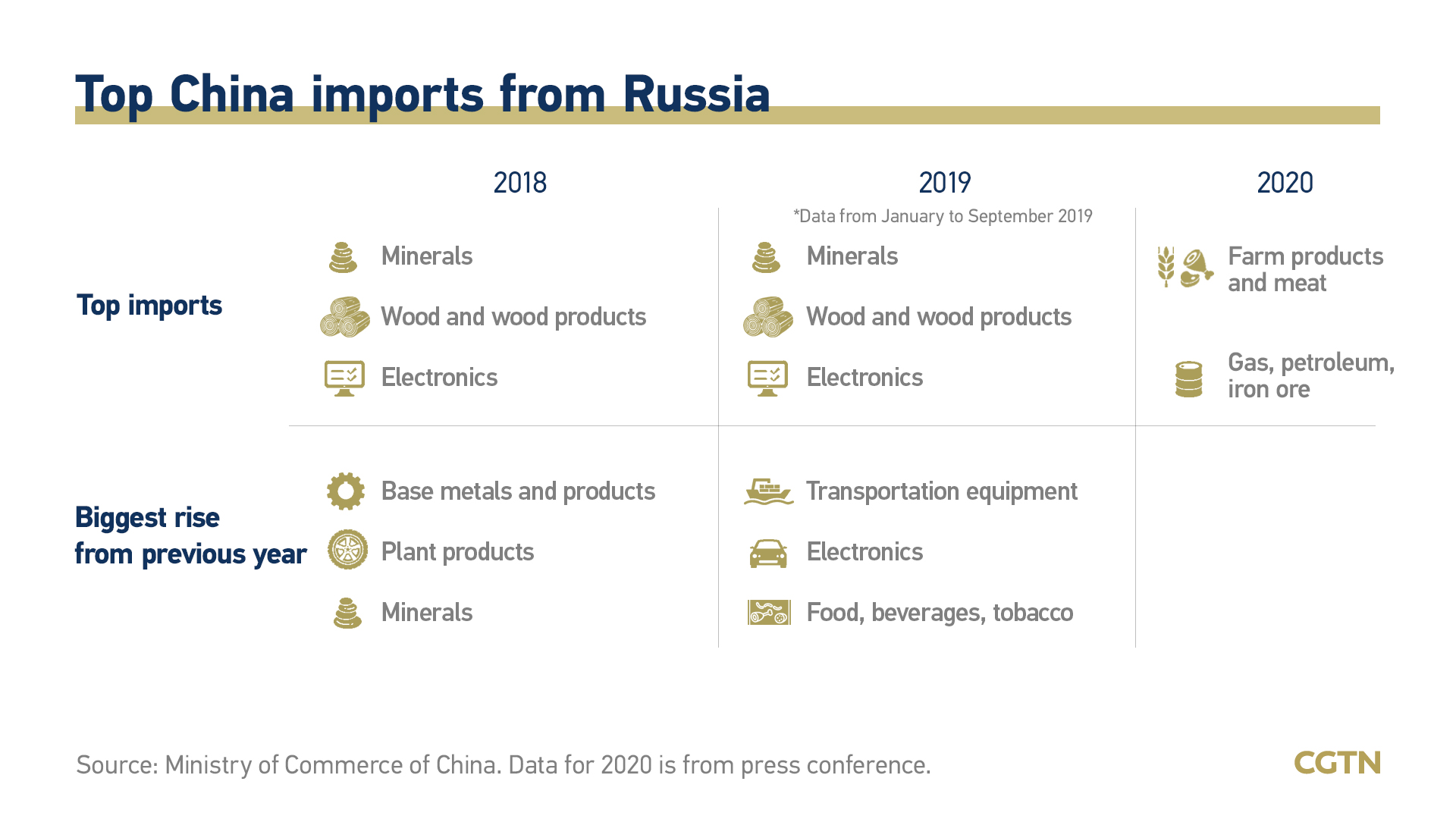 China's imports of bulk commodities such as oil, gas and iron ore from Russia also increased significantly in the second half of 2020, as trade gradually picked up from the impact of COVID-19. 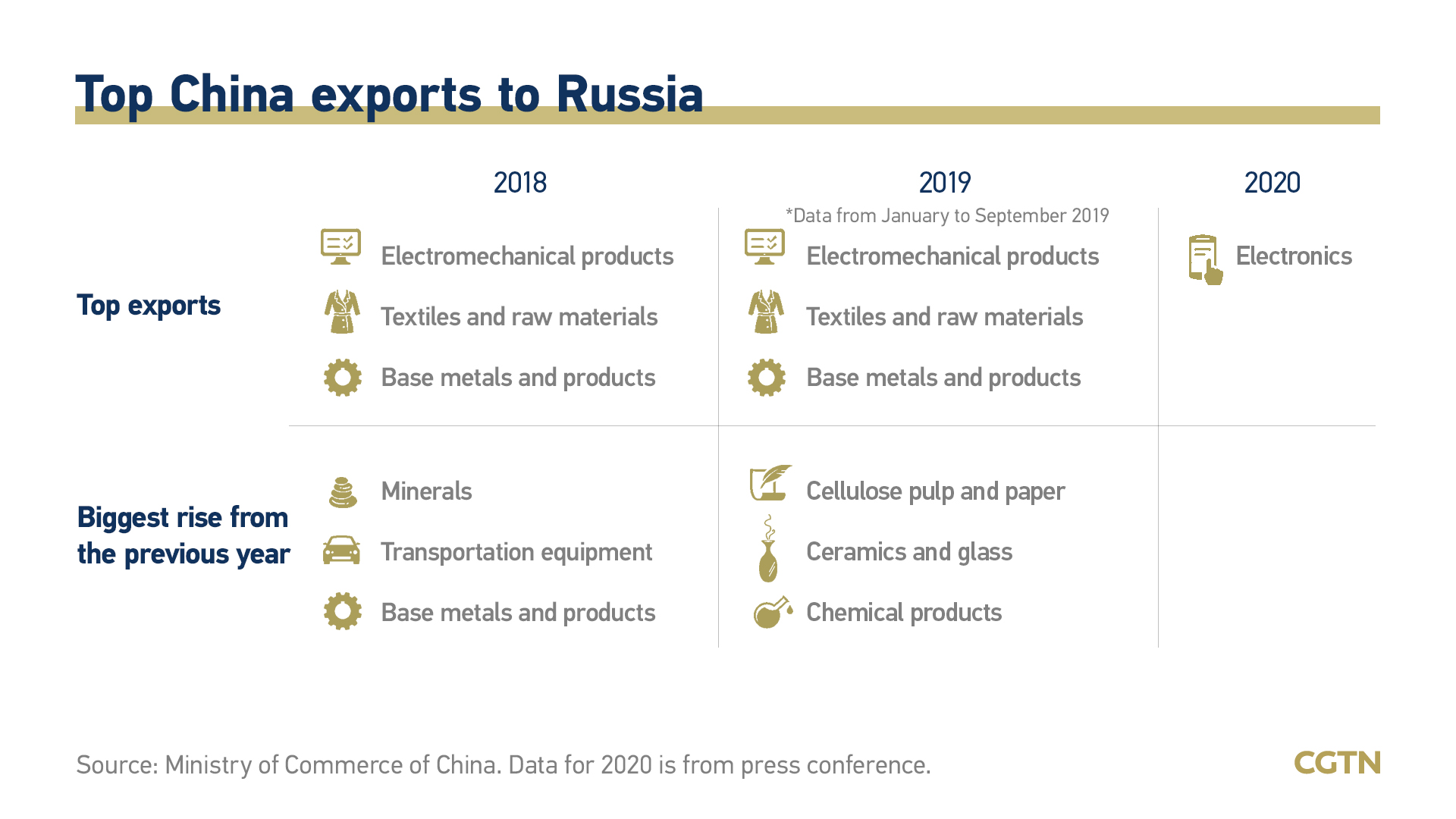 Electromechanical products have always been China's top exports to Russia. In 2020, its exports of electronic devices to Russia grew rapidly. 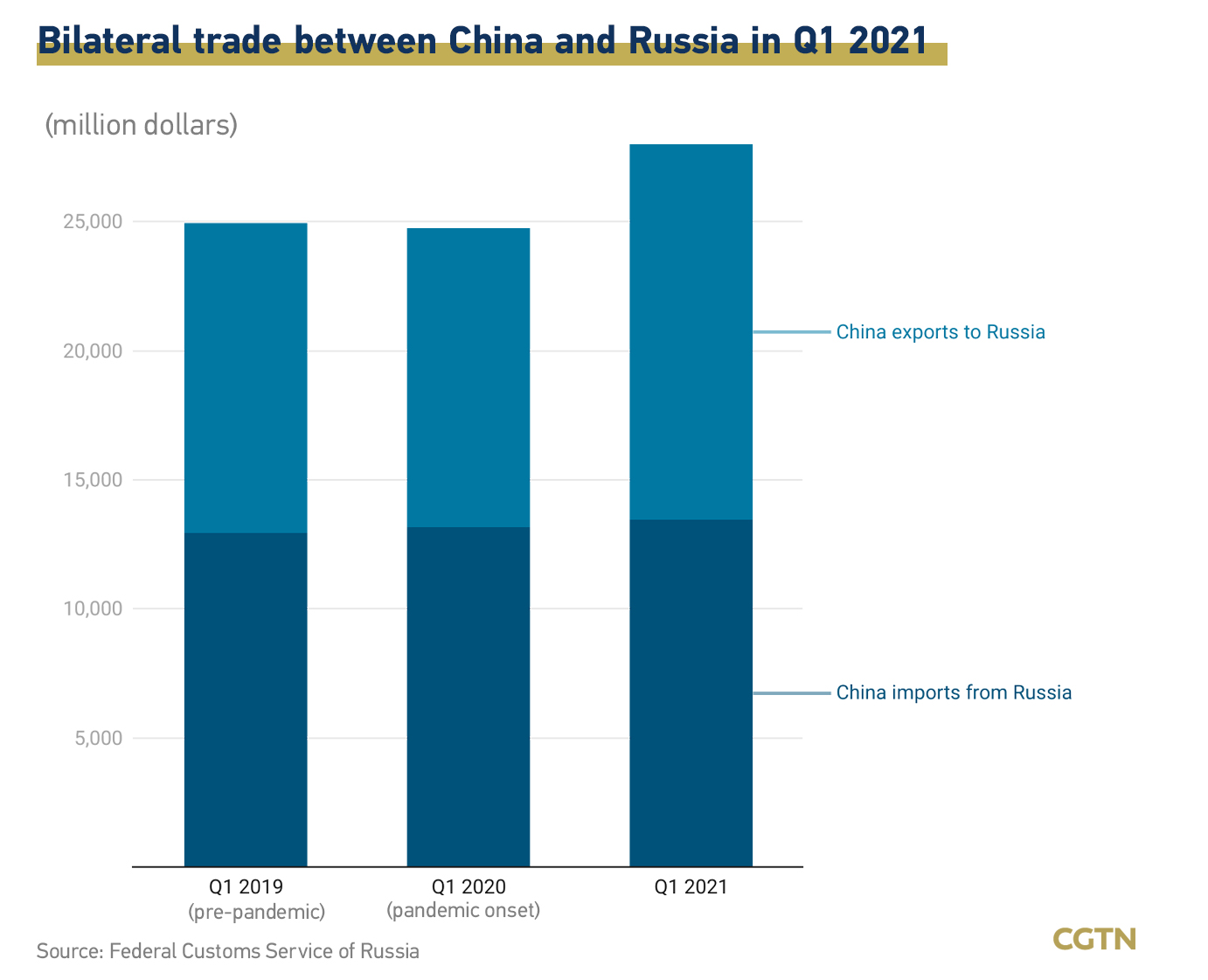 In the first quarter of 2021, as the bilateral trade of the two countries gradually recovered from the pandemic, the total value of bilateral trade reached $28 billion—a 12-percent growth from Q1 2019, the pre-pandemic era, according to the Federal Customs Service of Russia.

During the phone conversation between Chinese State Councilor and Foreign Minister Wang Yi and Russian Foreign Minister Sergey Lavrov on Friday, Wang noted that with the all-round China-Russia comprehensive strategic partnership of coordination for a new era, the bilateral pragmatic cooperation has got off to a good start and moved forward despite headwinds, demonstrating a strong momentum of development.

Bilateral trade volume exceeded $40 billion in the first four months, up by 19.8 percent year on year and on track to a record high for the whole year, he added.

Military relations stand as a bright spot and an important supporting force of the strategic cooperation between China and Russia, the Chinese Ministry of National Defense said in March.

The China-Russia comprehensive strategic partnership of coordination for a new era is a model of new international relations featuring mutual respect, equity and justice as well as win-win cooperation, said the ministry.

Completely different from the military alliances between some other countries, China and Russia uphold a principle of non-alliance and non-confrontation that targets no third party, it noted. 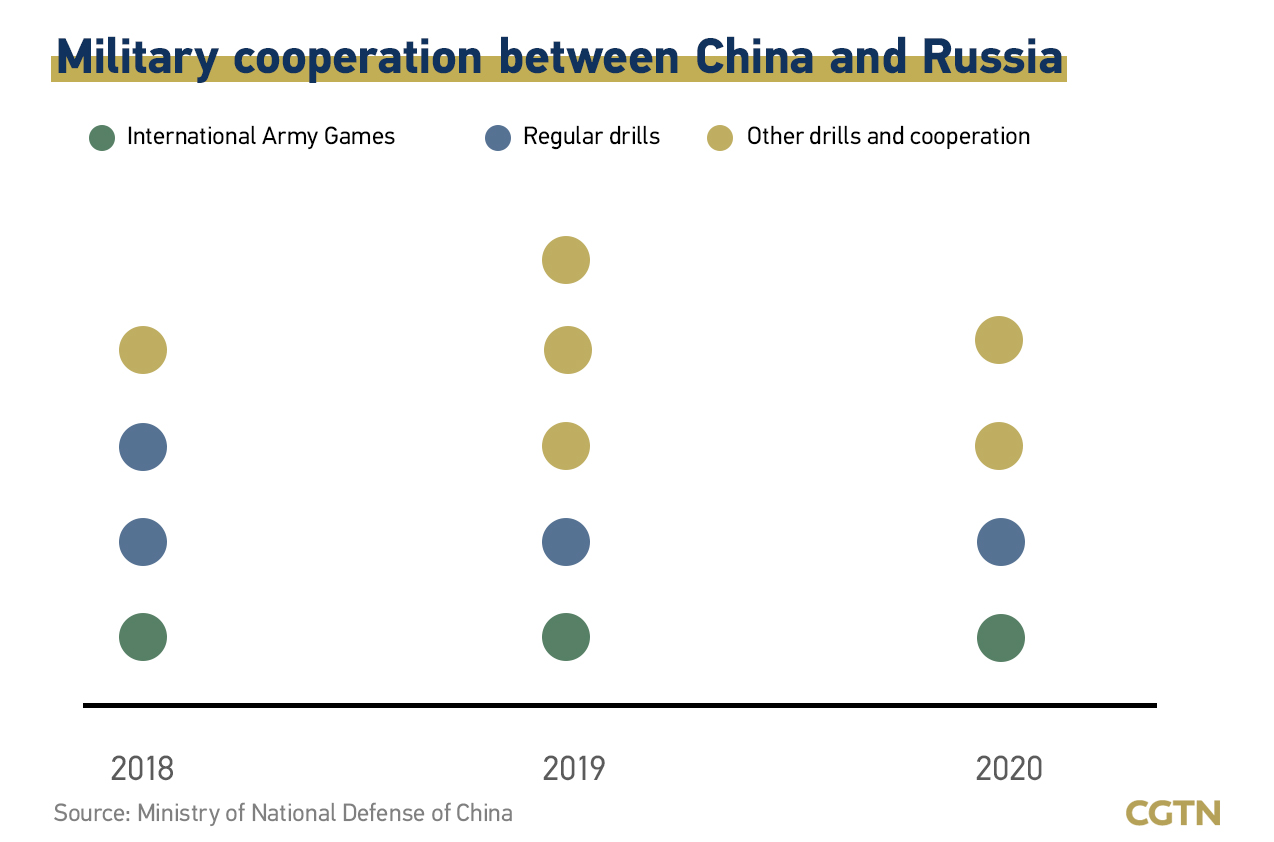 China participates in drills and army sport events with Russia to deepen practical cooperation in military training between the two militaries. China has participated in the International Army Games for seven consecutive years and hosted for three years.

To enhance the capacity of multinational forces to jointly respond to security threats and safeguard regional peace and stability, China participated in drills including "Peace Mission" and "Joint Sea" regularly.

In 2019, China and Russia held a joint aerial patrol for the first time, and the second time by the end of 2020.