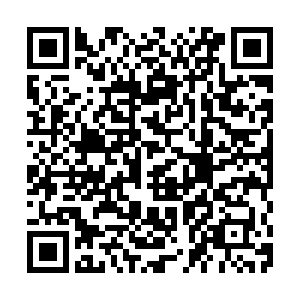 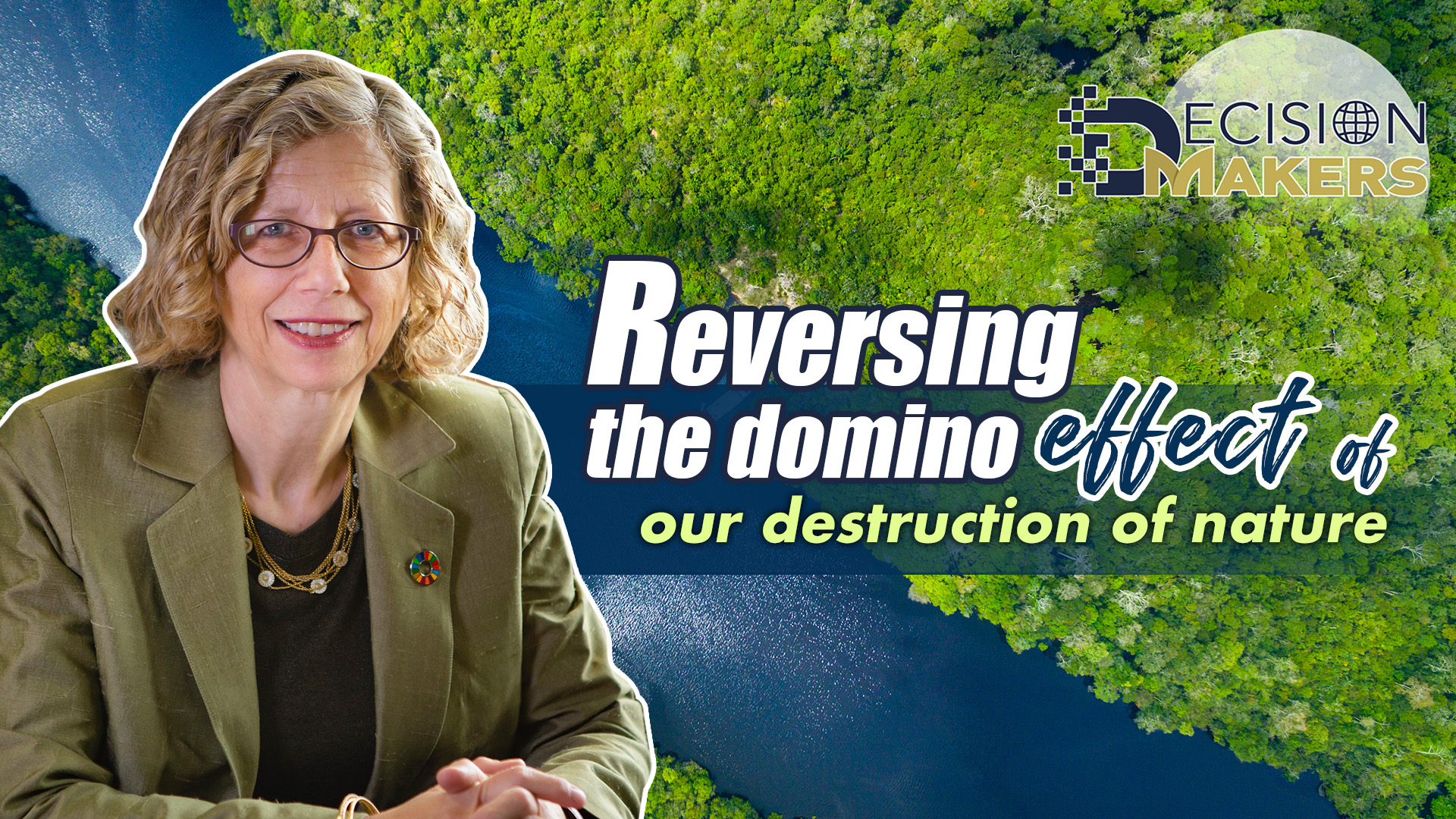 Editor's note: Decision Makers is a global platform for decision-makers to share their insights on events shaping today's world. Inger Andersen is the executive director of the UN Environment Programme. The article reflects the author's opinions and not necessarily the views of CGTN.

Since the start of the industrial revolution, humanity's relationship with nature has been celebrated as a triumph. Through innovation, we light up countries, build industries and travel overseas with unprecedented speed. With agricultural developments, a record number of people are being fed, and in some parts of the world, life expectancy has more than doubled.  Increasingly, however, it is looking like a pyrrhic victory.

Burning of fossil fuels is emitting greenhouse gases, triggering a chain reaction of climate change, toxic levels of air pollution, and extreme weather events such as floods, heatwaves, droughts and uncontrolled fires. Rapid destruction of habitats of wildlife through deforestation and industrial farming is also responsible for the emergence of three out of four new infectious diseases. These include zoonotic viruses such as the avian flu, SARS, MERS, Ebola and likely COVID-19, which the world continues to battle more than a year since it emerged.

This is the domino effect of environmental degradation. Conservation alone won't get us to where we need to be. The eight major ecosystem types – farmlands, forests, freshwaters, oceans, mountains, grasslands and savannahs, peatlands and cities – are all being degraded. And just like dominoes, the deterioration of one ecosystem has a cascade effect on the rest.

At least two billion people directly depend on croplands and pastures, yet one-third of land is highly degraded due to the use of pesticides and fertilizers and the creation of monocultural landscapes. This, in turn, increases food insecurity and leads to the degradation of other ecosystems to create new farmlands. Agricultural expansion and logging have led to a global decrease of 178 million hectares of forest area in the past three decades – an area five times the size of Germany.

Over the past half-century, freshwater use has increased by about 600 percent and four billion people regularly face water scarcity. Oceans and the life in them, provide up to 80% of the oxygen in the atmosphere, but fish stocks are rapidly collapsing, growing plastic pollution is making oceans toxic, while bleaching and acidification could make all coral reefs worldwide disappear by the year 2100. 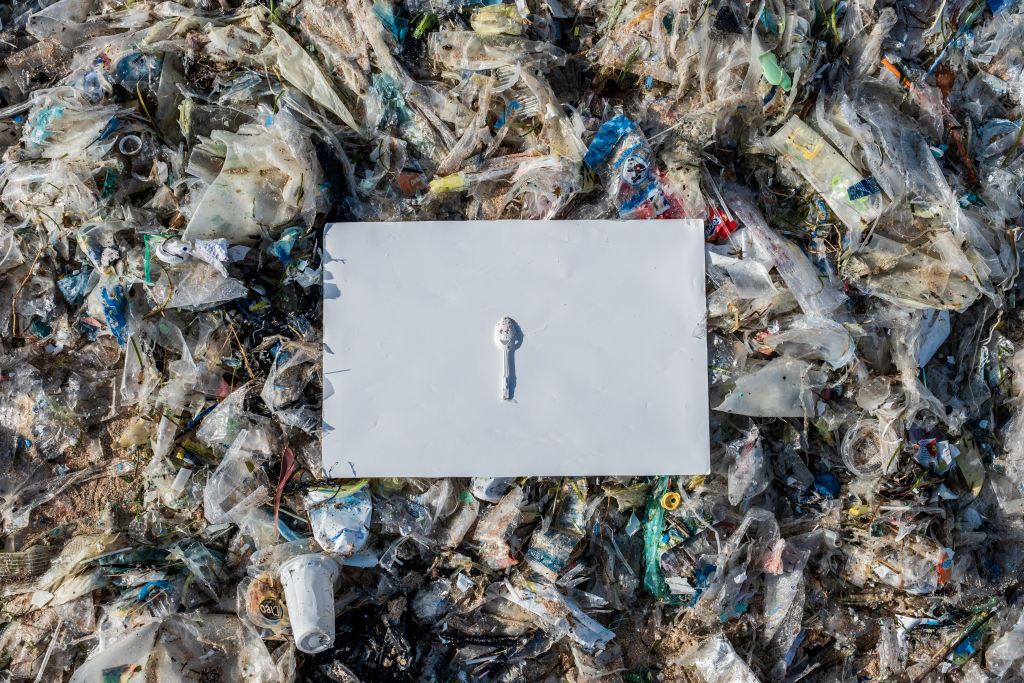 A small spoon which was found washed ashore on Kedonganan Beach and collected in Kedonganan, Bali, Indonesia, February 02, 2021. /Getty

A small spoon which was found washed ashore on Kedonganan Beach and collected in Kedonganan, Bali, Indonesia, February 02, 2021. /Getty

Similar patterns of degradation in other ecosystems are toppling more and more of our environmental protection, making us more vulnerable to the triple threat of climate change, loss of nature, pollution and waste. We must invest in ecosystem restoration – reforestation, afforestation, rewilding, and regenerative agriculture, among other efforts. It is essential, as UN Secretary-General António Guterres said, to finally making peace with nature.

Restoration is possible on a massive scale, as detailed in a joint report issued by the UN Environment Programme (UNEP) and the Food and Agriculture Organization (FAO). Countries need to deliver on their commitments to restore one billion hectares of degraded land and add similar commitments for marine and coastal areas. Governments and private sector actors must triple annual investments in nature-based solutions by 2030 and increase four-fold by 2050 from the current investments of $133 billion.

Beyond physical resources, hearts and minds must change. Humanity's game cannot be about winning over nature. Shifting to a positive domino effect on nature involves realizing that we are all part of nature, and shifting from actions that cascade towards the destruction of our planet to a cascade of positive actions that allow nature and future generations to thrive.

While much of the world is experiencing the negative domino effect of ecological breakdowns, in some cases new rules are already being followed. From the successful planting of 200 million diverse trees in the Sahel and Costa Rica's doubling of forest cover since the 1980s, through the low-pesticide Zero Budget Natural Farming program in the Indian state of Andhra Pradesh and the restoration of the Chilika brackish water coastal lagoon on the east coast of the country, to innovations such as alternative proteins (lab-grown meat), restoration investments are reducing poverty and hunger and contributing to human health, peace and security.

This World Environment Day (June 5), global leaders, scientists, civil society members, Indigenous People and community leaders are calling for an acceleration in ecosystem restoration. New rules of the game will need to be written in October and November at the UN Biodiversity Conference in Kunming, China, and at COP26 in Glasgow, the UK. There, governments from all continents will assemble to forge consensus and declare commitments on how to prevent, halt and reverse ecosystem degradation.

Yes, the required investments are significant. But the costs of inaction would be ten-fold greater. If embraced globally, the next Decade on Ecosystem Restoration will be remembered as a historic turning point in how we engage with nature and how we tackle the environmental threats we face.