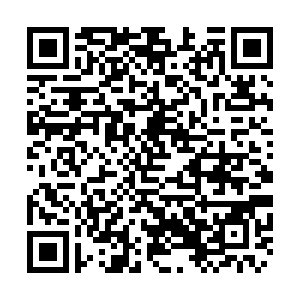 There are systematic violations of rights in the U.S., which has a poor record among major developed countries, according to a 2020 survey by the International Trade Union Congress.

There are as many as 22,000 clothing sweatshops in the United States, where workers' wages and related benefits are far below the statutory standards, and there is no corresponding pay for working long hours or overtime, according to data from the U.S. Department of Labor.

According to estimates by the U.S. Department of State, there are between 50,000 and 100,000 people trafficked from abroad to engage in forced labor in the U.S. each year.

The website of the University of Denver disclosed that there are currently at least 500,000 people living under modern slavery and forced labor in the United States.

Online sex information transactions reached more than 9,000 times in 2018, with a transaction value of $2.5 billion, it added.

Although the 13th Amendment to the U.S. Constitution abolished slavery, it allows prisons to force prisoners to work.

At the same time, the U.S. is home to the world's largest number of prisoners, with roughly 2.12 million behind bars in 2020, Statista data showed. Besides, prisoners' families must also pay for video calls.

The U.S. "Reward for Justice" anti-terrorism program violated human rights, according to a joint statement issued by UN human rights experts, including Alena Douhan, the United Nations special rapporteur on the negative impact of unilateral coercive measures on the enjoyment of human rights.

"Many of the people targeted by the Rewards for Justice program have had their due process rights denied," said Douhan. "Those rights entail the presumption of innocence and fair trial, and the United States is obliged by international law to respect them."

The United States remains the only country in the world that has not ratified the United Nations Convention on the Rights of the Child and child labor is still a widespread problem residing in the world's largest economy.

The U.S. ratified the Worst Forms of Child Labor Convention in 1999, which was adopted by the International Labour Organization (ILO) in the same year as ILO Convention No. 182.

However, the Fair Labor Standard Act enacted by the U.S. decades ago allows people aged 16 and older to engage in agriculture.

According to a report by the U.S. Government Accountability Office in November 2018, 5.5 percent of child workers sustained disproportionately heavy work on farms, and half of the fatalities worked in agriculture.

During the 103rd Session of the International Labor Conference in 2014, the Committee on the Application of Standards (CAS) listed the U.S. violation of ILO Convention No. 182 as one of the major country-specific cases for review.

This is the most severe review form over a country's violation of labor conventions among the conventional monitoring methods of international labor standards.

People of color face serious unemployment threats and employment discrimination in the U.S., and the unemployment rate of African Americans is twice as high as that of whites.

A 2019 report by the U.S. Department of Homeland Security showed that as many as 900 immigrants were detained at a Customs and Border Protection facility in El Paso, Texas, which has a maximum capacity of 125 detainees.

The Washington Post reported that shop assistants were required not to wear personal protective equipment at the outset of the pandemic so as not to "scare customers" and cause panic.

Some retail workers were the target of retaliation and forced to leave after calling for store closures to prevent employees from contracting the virus, according to the newspaper.

The U.S. government's poor coronavirus response also led to employees having to work in densely occupied workplaces, such as meat processing plants, increasing the risks related to the spread of the novel coronavirus.