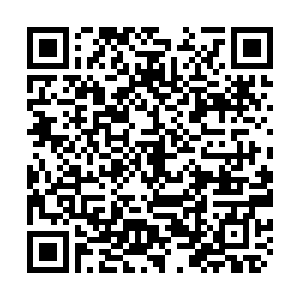 Trade ministers from the 21 economies of the Asia Pacific Economic Cooperation (APEC) on Saturday reached a joint statement and agreed on working together to deal with the COVID-19 pandemic.

The APEC Ministers Responsible for Trade Meeting was held online, which mainly discussed how to cope with COVID-19 and drive the economy to grow sustainably.

According to the statement, APEC members are committed to keeping an open trading environment and call for measures to make trade more convenient and unblock the cross-border flow of vaccines and related products.

The ministers pledged to ensure that vaccines will be accessible, affordable and widely distributed.

China's Minister of Commerce Wang Wentao said at the meeting that China is taking practical actions to honor its commitment – making vaccines a "global public good" and planning to take more actions to help other countries and regions fight the pandemic.

"China has provided more than 350 million doses of vaccines globally. In the coming three years, China will provide another $3 billion worth of international assistance, do its utmost to provide more vaccines and support its domestic vaccine companies in transferring technology to other developing countries and carrying out co-production of vaccines with them."

"China has announced its support for the TRIPS (trade-related aspects of intellectual property rights) waiver for COVID vaccines and supports an early decision by the WTO on this matter. China is willing to work with other APEC economies to explore the equitable and reasonable distribution of vaccines and to promote the building of a global community of health for all," Wang said.

Wang also voiced Beijing's strong support for the multilateral trading system and its views on improving the WTO.

"China believes that the objective of WTO reform is to enhance the authority and effectiveness of the multilateral trading system. The most urgent task of reform is to restore the normal functioning of the Appellate Body and maintain the two-tier dispute settlement mechanism," Wang noted.

China will make a positive contribution to the WTO negotiations, call on others to demonstrate flexibility and push for an agreement on fisheries subsidies at the WTO's 12th Ministerial Conference, according to the official.

"China also supports progress in negotiations on such issues as investment facilitation, e-commerce and public stockholding for food security purposes," he said.

Wang's view was echoed by other ministers and reflected in the joint statement as well.

The communique also highlights support for the rules-based multilateral trading system. The member economies agree to cooperate to further boost the role of the WTO to create a trade and investment environment that's free, fair, predictable, non-discriminatory, transparent and open.

He also stressed that APEC members should take pragmatic measures to help industries and businesses to go through this tough time.

Responding to CGTN at the press conference of the meeting, Wang said that China has further opened up its market access, continuously strengthened the institutional construction, optimized the business environment, and actively participated in developing regional free trade.

He added that China is willing to work with other member economies to maintain the stability of the regional industrial and supply chains and propel the economic recovery of the region.

Other ministers said that as an important component of the global economy, Asia Pacific is playing an important role in global economic recovery, and the APEC members should firmly support the multilateral trading system and ensure medical and vaccine supplies for the COVID-19 to benefit the people in the region.