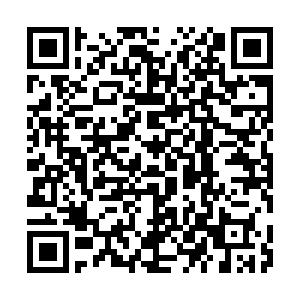 Editor's note: June 5 marks World Environment Day. It's a special occasion to encourage global awareness and action to protect our environment. The Gaoligong Mountains in southwest China are home to a wide range of endangered flora and fauna. Dubbed the "world's species gene pool," the region has experienced remarkable ecological improvements since a nature reserve was founded there. CGTN visited the area to explore the changes there. 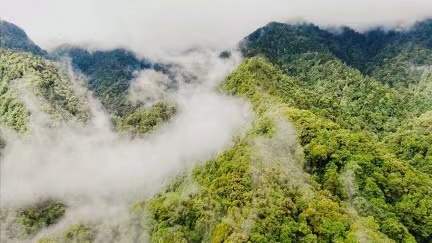 Infrared cameras have captured dozens of endangered, wild animals in the Gaoligong Mountains in southwest China's Yunnan Province, footage released by local authorities in late May show. It's considered the latest proof of improved ecology in the region.

More than 30 kinds of animals were recorded by some 70 cameras, including takins, which are on China's top protection list, black bears and stump-tailed monkeys.

Sitting along the Nujiang Grand Canyon that borders Myanmar, the Gaoligong Mountains have been dubbed the "world's species gene pool," or the "world's natural museum" for its rich biodiversity nurtured by diversified climate types. It's also part of the Three Parallel Rivers of Yunnan Protected Areas, a World Cultural Heritage site. 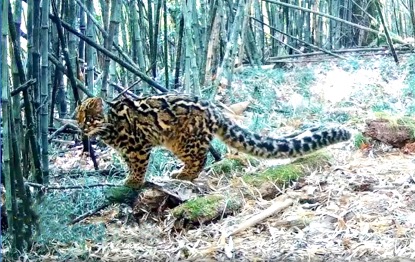 Over the past three decades, governments at different levels have made a great effort to conserve and improve the ecology in the region. A landmark move came in 1986, when a national nature reserve was established, covering Baoshan and Nujiang, home to several unique ethnic groups like Nu, Lisu and Dulong.

"Before the nature reserve was set up, there were rampant human activities, including hunting and deforestation. With extensive advocacy for ecological protection, local villagers' mindset towards nature has changed," said Na' Apu, a member of the Lisu ethnic group, who started working as a forest ranger in 1984.

Routine patrol is a major part of the rangers' job there. They need to stop any behavior that would damage the natural resources and clear up hidden risks for animals, such as various traps set by the ill-intentioned.

"A thorough patrol takes at least three days. We need to bring along simple food and tent with us," Na told CGTN. 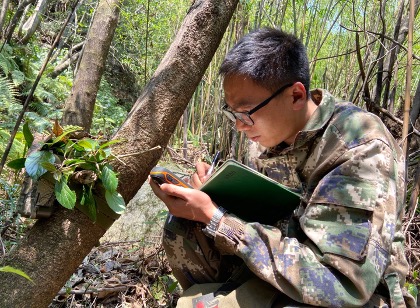 In China's numerous nature reserves, patrolling by rangers has been the principal means of protection, traditional yet proved effective.

"We also actively cooperate with academic institutions to enhance our overall conservation capability. Frequent scientific monitoring and research has been conducted on the flora and fauna in the reserve," said Yang Guiwei, an officer with the Nujiang Management Bureau of the Gaoligong Mountains National Nature Reserve.

A rescue center has also been set up in the reserve, where wounded wild animals are carefully taken care of, including different species of monkeys, bears and birds.

The efforts of the authorities and residents have paid off. In 2000, UNESCO accepted it as a Biosphere Reserve member, further highlighting its important role in maintaining the world's biodiversity.

In 2011, a new type of snub-nosed monkey was discovered in the reserve. It's later named the "Nujiang snub-nosed monkey" and put under China's level-A protected animal. Today, the population of the species has grown to about 200.

In March, a family of capped langurs was filmed. It was the largest group of the species ever recorded in the nature reserve. 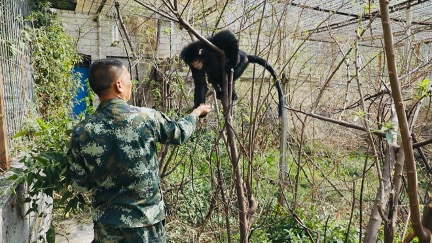 Locals also benefit from the ecological improvements. For example, as the number of various rare birds keeps expanding, many villagers have started bird-watching businesses.

"Locals used to kill birds with slingshots and cook them. In 2018, I started a bird-watching workshop to help combat poverty. It's involved 45 local families, who make money from mother nature by providing filming locations," Zhang Chaojiang, who launched this business initiative, told CGTN in an interview last year.

Along with the achievements are multiple challenges lying ahead. Situated beside one of the world's largest canyons, the vertical altitude difference of the mountain range is as high as some 4,000 meters, posing a big challenge for the rangers.

Nujiang is also one of the country's most impoverished regions due to its special location, which partly impedes the reserve's scientific research and infrastructural development.

As the central government continues to underline its "green development" vision and rigorously pushes ahead with its environmental protection campaign, local authorities are anticipating a more prosperous ecological world.

"I think we need to take further steps to better protect all sorts of resources in the region. It's not just our job as rangers, but the responsibility of the whole society," said Na.