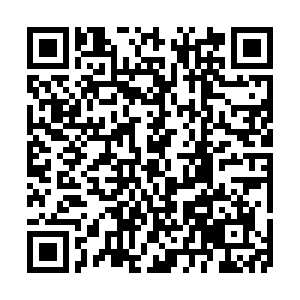 A male greater crested tern courting a female by offering fish was caught on camera on Tuesday at the Xiangshan Jiushan Islands National Nature Reserve in east China's Zhejiang Province.

The greater crested terns look very similar to the Chinese crested terns, but there are tricks to tell the difference.