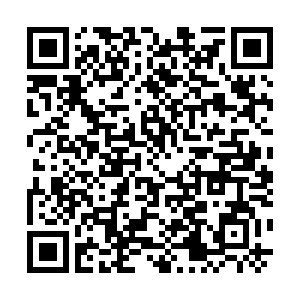 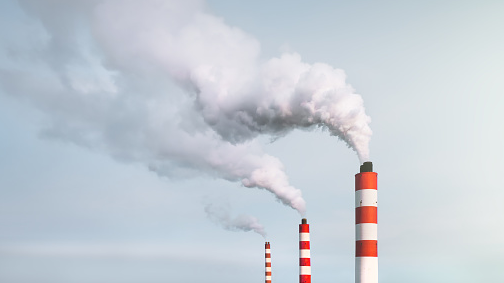 Editor's note: Djoomart Otorbaev is the former prime minister of the Kyrgyz Republic, a distinguished professor at the Belt and Road School of Beijing Normal University and a member of Nizami Ganjavi International Center. The article reflects the author's opinions and not necessarily the views of CGTN.

Today, there is a consensus that humanity urgently needs to reduce carbon dioxide concentration in Earth's atmosphere. Next to reducing its emissions, the application of carbon capture, utilization and storage (CCUS) technologies will be necessary. As suggested in a special report by the Intergovernmental Panel on Climate Change published in 2018, limiting air temperature rises to 1.5 degrees Celsius above pre-industrial levels would require capturing and storing up to 20 billion metric tonnes of carbon dioxide from the air each year, accounting for almost half of current global emissions.

Research published in 2020 showed that the growing carbon dioxide capture industry could compete in volume with fossil fuel production. Annual revenues from carbon removal by 2050 could reach $1.4 trillion, which is about the same as the entire oil and gas sector earns today.

Recently announced, the global four-year XPRIZE Carbon Removal competition invites innovators and teams to create and demonstrate solutions that can capture carbon dioxide and block it permanently. The prize pool for the competition is an unprecedented $100 million Its goal is to collectively inspire and help scale solutions to remove 10 gigatonnes of carbon per year by 2050. One gigatonne equals 10,000 fully loaded U.S. aircraft carriers.

So far, large energy companies with experience in large-scale gas management have refrained from making significant investments in these techniques because carbon prices are still not high enough to break even carbon capture and storage technologies.

However, this view has been rapidly changing as investors demand from companies to improve their environmental reputations. For example, in January, Exxon Mobil Corp. pledged to spend $3 billion over the next five years in carbon capture plants. However, this amount of investment is minimal and is more of a PR attempt.

According to experts, removing carbon dioxide is likely to have four main routes to capture carbon dioxide: air, land, ocean and rocks. Without dwelling on all the currently discussed carbon dioxide capture projects, I will briefly mention only the most promising ones. 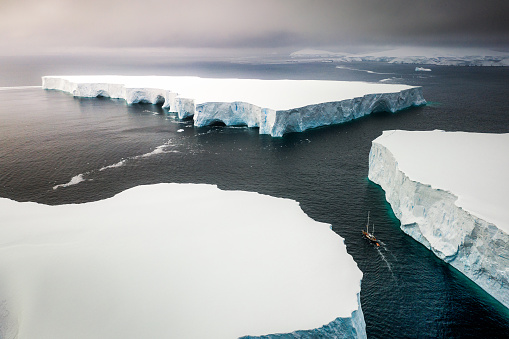 Green removal of carbon dioxide will make sense if the energy for this work is taken from renewable sources that use solar, wind or energy from water currents. To cut costs, one can use special zones on our planet where sun, wind or water flows have the highest power.

The main problem in capturing carbon dioxide from the air is its high cost compared to its direct interception at a source of pollution - a factory or a power plant. Now a typical station for processing atmospheric air and its purification from carbon spends for each ton from $600 to $1,000. But it is necessary to accumulate gigatonnes of gas. Therefore, experts believe that short-term special attention should be paid to removing carbon dioxide from the ocean, more precisely, from its upper layers.

The first project is relatively straightforward in terms of implementation. It can be an automated surface or submarine ship anchored in a stream of water. The ocean current drives turbine blades and generates energy used to capture gas from the atmosphere or water. Onboard the same vessel, carbon dioxide is converted into a non-volatile form – for subsequent disposal or sale. In the decomposition of dioxide into carbon and oxygen, the pressed blocks of carbon black can be dumped overboard as biologically harmless and buried on the ocean floor.

As a source of energy, it is advantageous to use, for example, the Gulf Stream ocean current. Note that the installation in the Drake Passage, which is the narrowest passage around Antarctica, is 4.6 times more gainful than in the Gulf Stream. However, due to storm waves and icebergs passing through the strait, it is advisable to place the vessel underwater with the ability to adjust the diving depth.

It is not difficult to establish that Antarctica is an ideal place to place power-generating equipment for carbon dioxide captures. It is the windiest and coldest place on Earth, with wind speeds of up to 20 m/s or more. In addition, in some areas of the continent, the average annual temperature can reach minus 60 degrees Celsius, making it easier to freeze carbon dioxide from the air.

Another promising method of carbon dioxide fixation is to drain fertile soils to gain access to soil air with its high concentrations, sometimes ranging from 5 to 20 percent. Preliminary analysis shows that the gas drainage of 1 square kilometer of an area can cost $200,000-300,000. Considering the 50-year service life of the plastic elements of the drainage system and capturing up to 800 tonnes of carbon dioxide annually, the unit cost of gas evolution will be $5-7.5 per tonne. At a high concentration of carbon dioxide in the air, the prices of its release would become 10 times less than at an equilibrium concentration.

It has now become clear that to stabilize the content of carbon dioxide in the atmosphere, in addition to limiting its emissions, special efforts will be needed to capture it. Since the private sector is not yet ready to fully invest in such technologies, practical steps will be required from the responsible world's powers to organize and finance such work. Perhaps even more critical will be international cooperation. Carbon dioxide in the atmosphere does not recognize national boundaries.