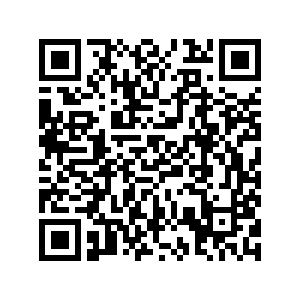 A herd of 15 elephants traveled nearly 500 kilometers in southwest China's Yunnan Province in over a year. The herd has recently received a lot of public attention and many people are tracking their journey through livestreams.

Last year in March, the herd left the Mengyang Sub-reserve in Xishuangbanna Dai Autonomous Prefecture, in the southwest corner of Yunnan Province, passed by Pu'er City, Yuxi City, Honghe Hani and Yi Autonomous Prefecture and marched all the way north to the periphery of Kunming, the capital of Yunnan Province. They have been around Kunming's Jinning District since Wednesday. 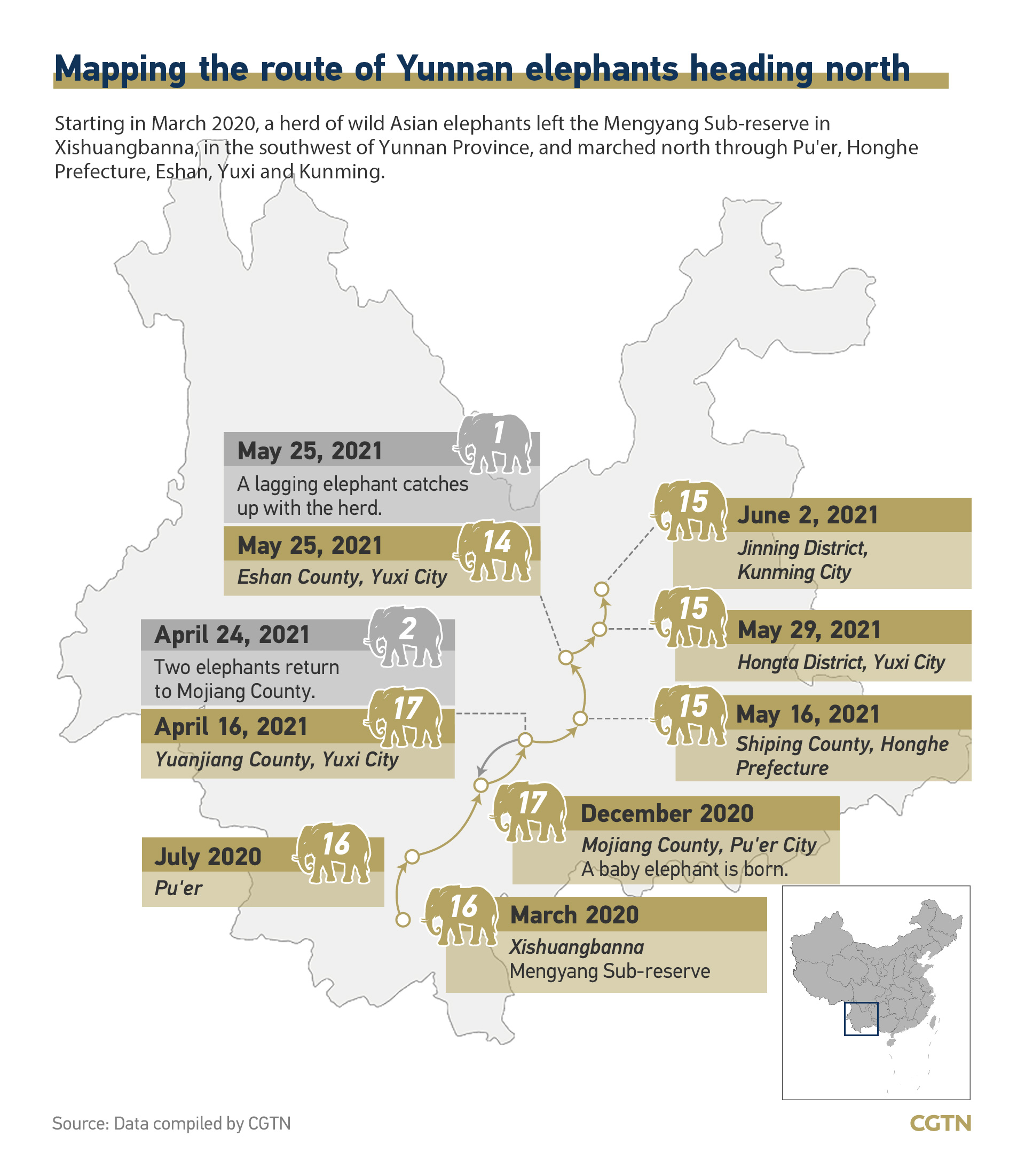 The local government deployed hundreds of police officers, dozens of emergency trucks and tonnes of food to block and divert the herd's route away from the main urban area, ensuring the safety of the elephants and people along the way. A dozen drones are working nonstop to monitor the elephants. 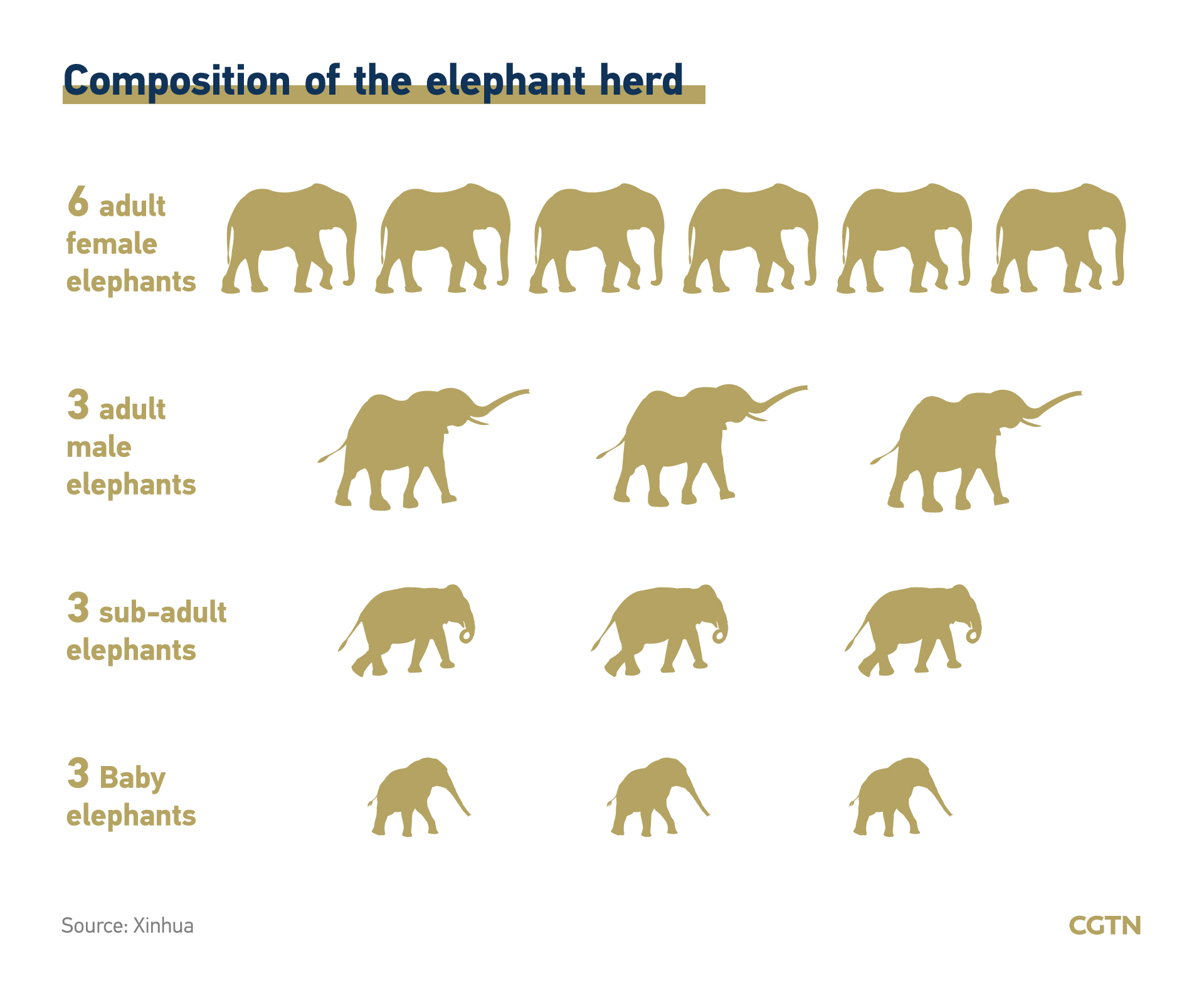 There are about 300 wild Asian elephants in China, mainly distributed in Xishuangbanna, Pu'er and Lincang in Yunnan Province. Among them, more than 270 live in the Xishuangbanna Reserve, with more than 90 in and around the Mengyang Sub-reserve, including the 17 elephants heading north. 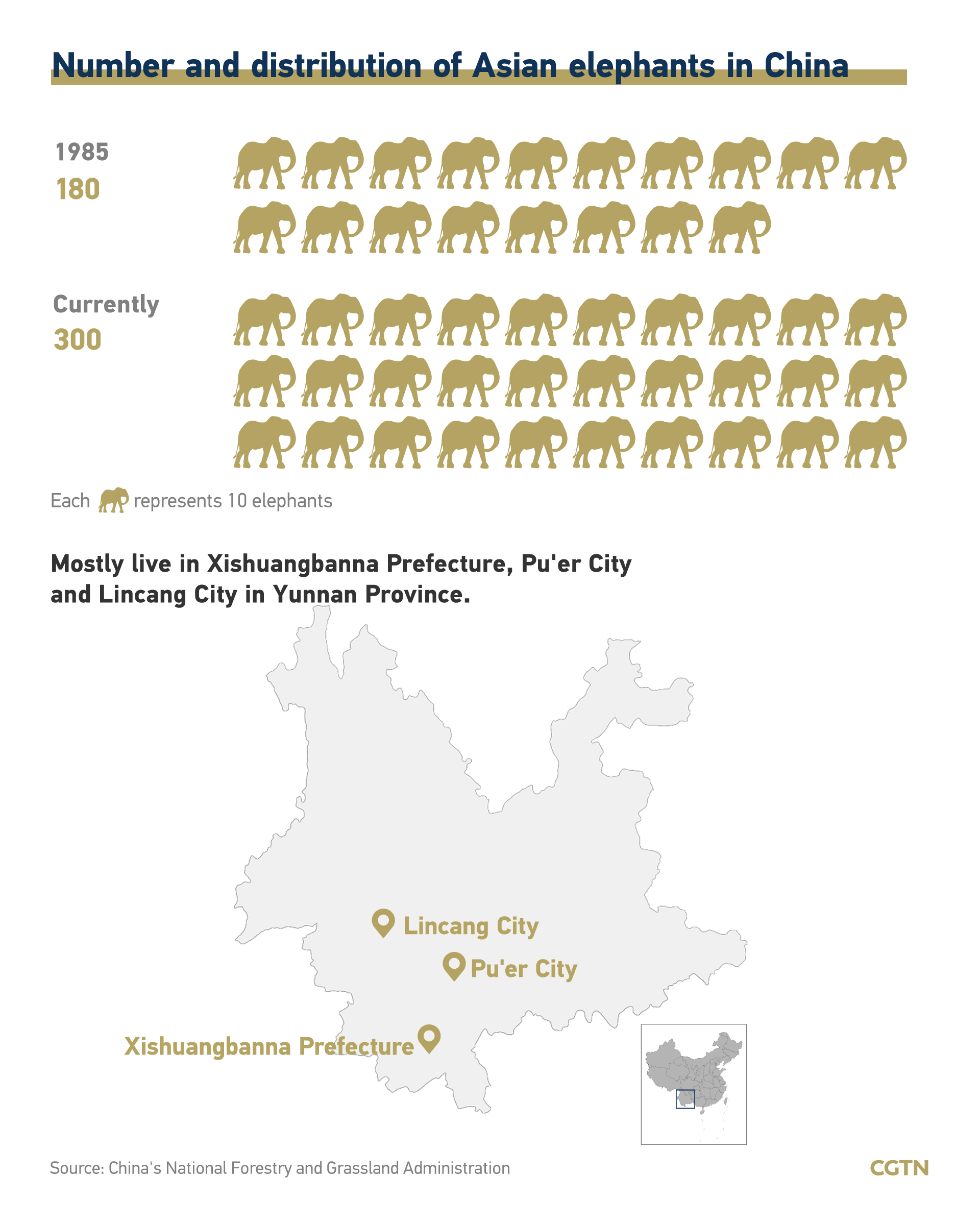 The Asian elephant has been classified as "Endangered" on the Red List of Threatened Species of the International Union for Conservation of Nature (IUCN) since 1986. As of 2018, there are 48,323 to 51,680 Asian elephants living in the wild in South Asia and Southeast Asia. 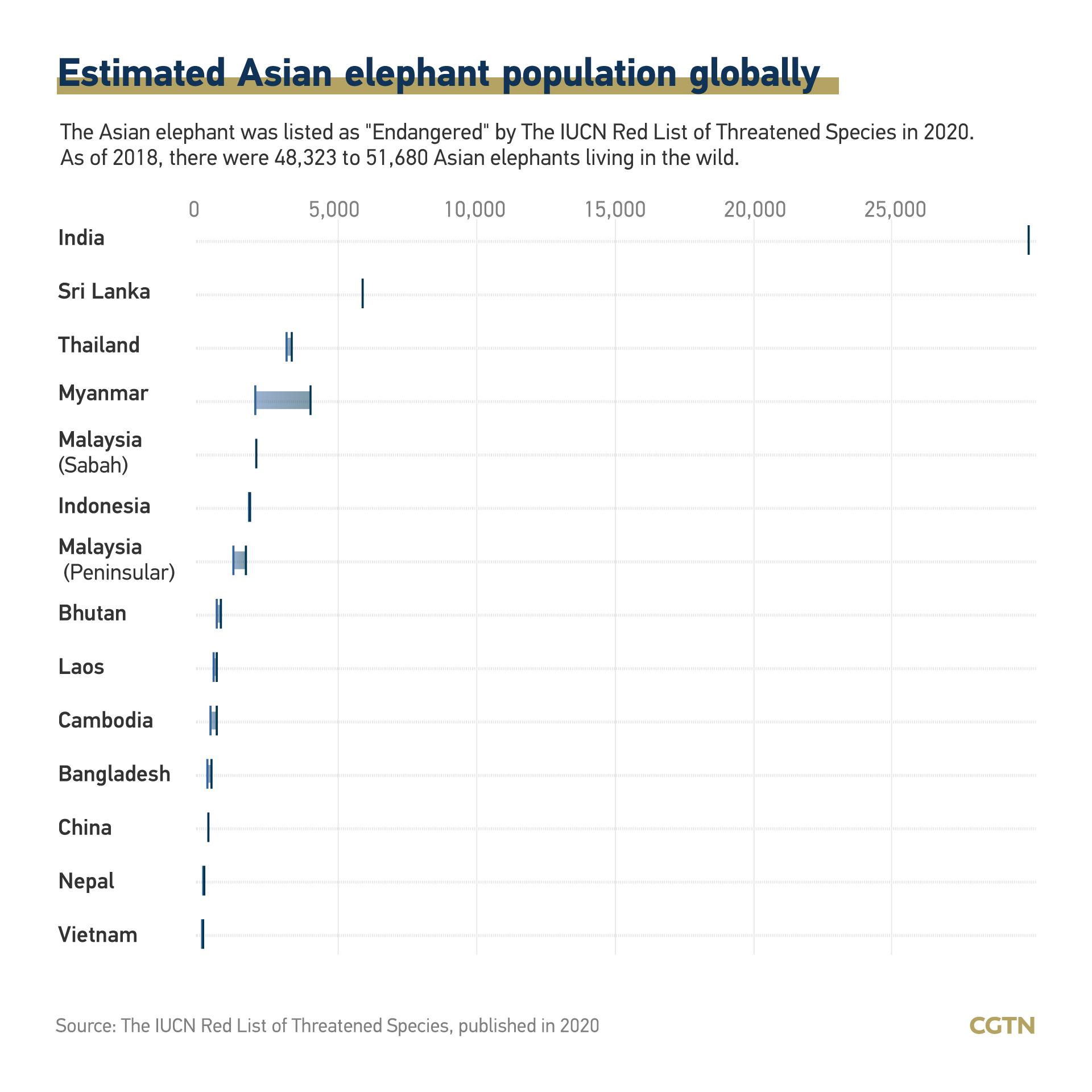