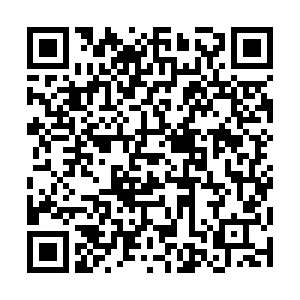 A draft law on countering foreign sanctions was submitted Monday to the ongoing 29th session of the Standing Committee of the 13th National People's Congress (NPC), China's top legislature, for second reading, with a spokesperson saying the move demonstrated the country's resolution to safeguard national sovereignty, dignity and core interests, and oppose Western hegemonies and power politics.

The first plenary meeting of the session was held on Monday afternoon, when lawmakers heard a report by Shen Chunyao, vice chairman of the Constitution and Law Committee of the NPC, on the results of deliberation on the draft law.

"Certain Western countries, out of political manipulation and ideological bias, have recently been using various pretexts, including the issues related to Xinjiang and Hong Kong, to slander and suppress China, especially by imposing so-called 'sanctions' on relevant Chinese state organs, organizations and public servants," according to the spokesperson's office of the Legislative Affairs Commission of the Standing Committee of the NPC.

The Chinese government this year announced several countermeasures against entities and individuals of the countries concerned.

"Given the context that these Western 'sanctions' violated international law and basic norms of international relations and interfered in China's internal affairs, China found it is necessary for the country to formulate a special law on opposing foreign sanctions to provide strong legal support and guarantee for China's legal countermeasures against foreign discriminatory measures," the spokesperson's office added.

The annual work report of the NPC Standing Committee approved at the fourth session of the 13th NPC in March this year highlighted that one of the top legislature's main tasks for the year ahead is to "upgrade its legal tool kit for meeting challenges and guarding against risks in order to oppose foreign sanctions, interference, and long-arm jurisdiction."

According to a related work plan, the Legislative Affairs Commission of the NPC Standing Committee formulated the draft law after studying advice from various sectors, summarizing China's anti-sanction practices as well as related work, taking into account related overseas legislation, and soliciting opinions from the Communist Party of China Central Committee and national government departments.

Members of the NPC Standing Committee broadly agreed to formulate the law to counter foreign sanctions, and gave some advice and suggestions on improving the draft.