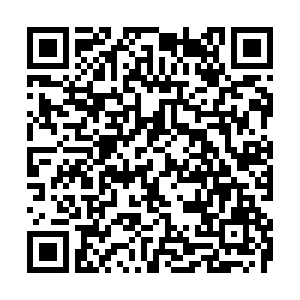 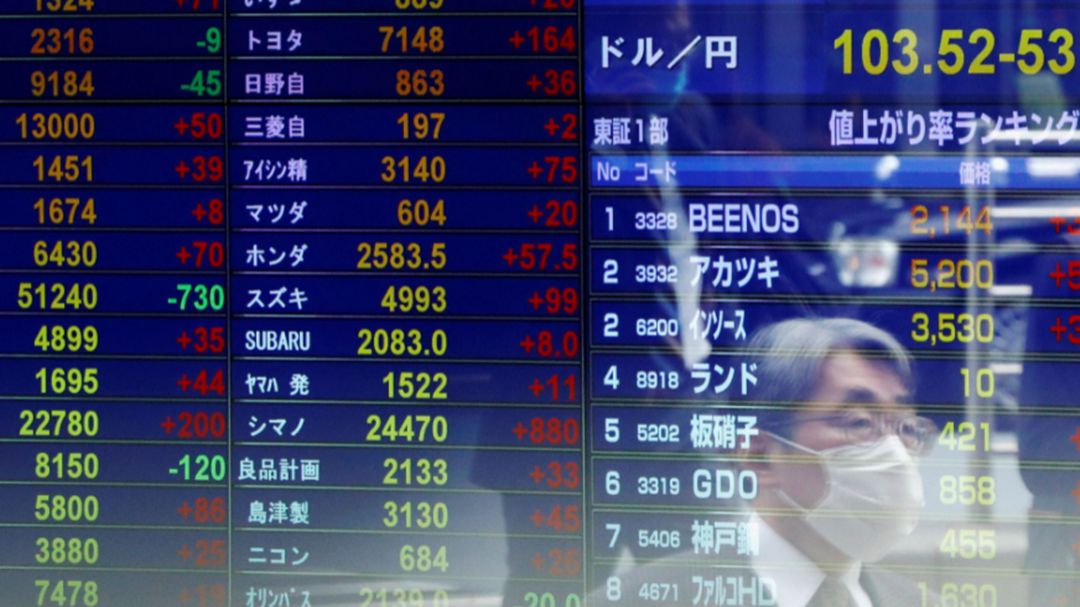 A passersby wearing a protective face mask is reflected on screen displaying the Japanese yen exchange rate against the U.S. dollar and stock prices at a brokerage amid the COVID-19, in Tokyo, Japan, November 6, 2020. /Reuters

A passersby wearing a protective face mask is reflected on screen displaying the Japanese yen exchange rate against the U.S. dollar and stock prices at a brokerage amid the COVID-19, in Tokyo, Japan, November 6, 2020. /Reuters

Markets fluctuated in Asia on Tuesday as investors awaited the release of key U.S. inflation data later in the week, with another strong reading likely adding pressure on the Federal Reserve to begin reconsidering its ultra-loose monetary policy.

Equities around the world are sitting close to record or multi-year highs after a stellar rally lasting more than a year, fueled by central bank largesse, vast government stimulus worth trillions of dollars, the roll-out of vaccines and easing lockdowns in major economies.

But there is an increasing fear that the explosive recovery in the U.S. will send prices rocketing and force the Fed to wind back its market-supportive measures to prevent overheating, such as lifting interest rates.

Treasury Secretary Janet Yellen stoked those expectations at the weekend when she said that while any spike in prices caused by Joe Biden's proposed $4 trillion aid plan would be short-term, higher borrowing costs would actually be welcomed after a decade of low inflation and rates.

"When the [Fed policy board] will begin tapering its asset purchase program is still front and center for market participants," said Kim Mundy, at Commonwealth Bank of Australia, adding that officials would likely begin discussing a wind-down of their bond-buying program in July or September.

Thursday's data is expected to show consumer prices jumped 4.7 percent last month, which would beat April's figure and be the highest since 2008.

Edward Moya at OANDA said, "Even if the upcoming inflation report later this week doesn't show a significant deceleration in pricing pressures, it probably won't change anyone's opinion on inflation at the Fed."

After a tepid lead from Wall Street, Asian markets struggled for traction.

Tokyo finished the morning in the red with traders brushing off news that Japan's economy shrank less than estimated in the first three months of the year.

There were also losses in Hong Kong, Sydney, Singapore and Jakarta. Shanghai, Seoul, Wellington, Taipei and Manila were all up but off their initial highs.

Analysts said there was little reaction to news that G7 finance ministers had endorsed a global minimum corporate tax rate of at least 15 percent, with their focus on tech giants and other multinationals.

"The reality is that this was well flagged as much as a fortnight ago [soon after President Biden publicly endorsed the 15 percent figure]," said National Australia Bank's Ray Attrill.

"Plus there is awareness there is still a long way to go before a deal is inked at the broader G20 – or much broader OECD – levels and where the likes of Ireland with its 10 percent tax rate may yet prove to be a thorn in the side of securing a global agreement."

He added that acceptance of the levy could even be seen as a "result" if it meant an end to Biden's plan for a hike in corporation tax from 21 percent to 28 percent.