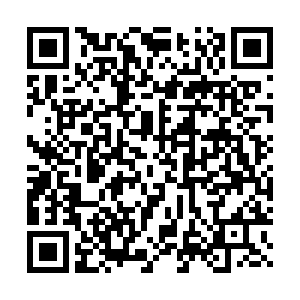 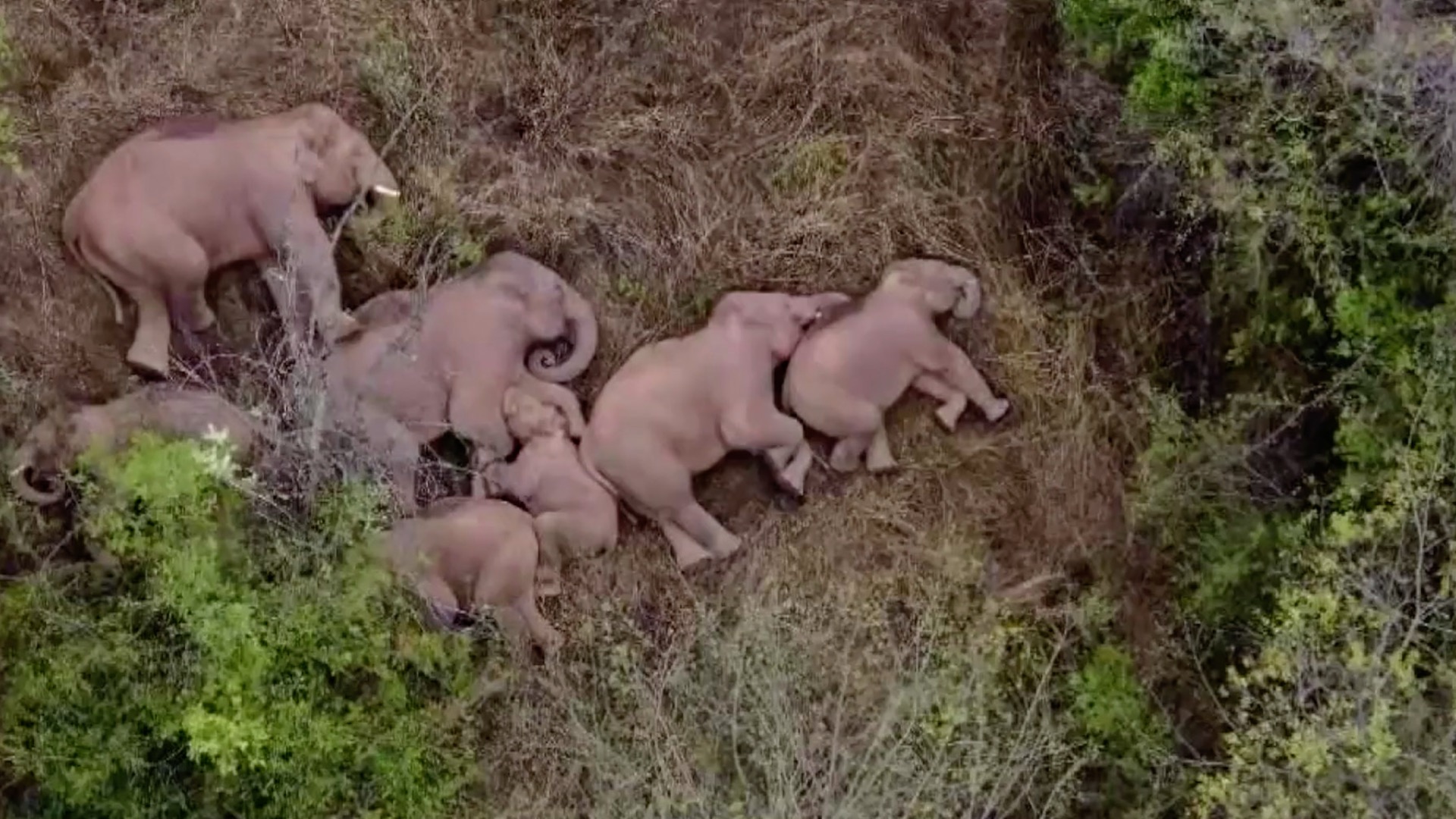 Drone footage has captured images of elephants lying down to sleep in groups for the first time. The images show a baby elephant surrounded by three adult elephants while sleeping. Experts say it's to protect the calf from wandering off after waking up. Elephants can sleep both lying down and standing up. Experts say elephants in the wild more often sleep standing up because it's easier to move. Another reason is that as elephants are heavy animals, lying down may hurt some of their organs.