Download
From strength to strength: China-ASEAN ties at 30
Hannan Hussain 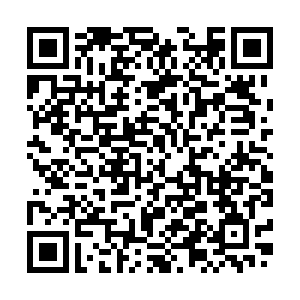 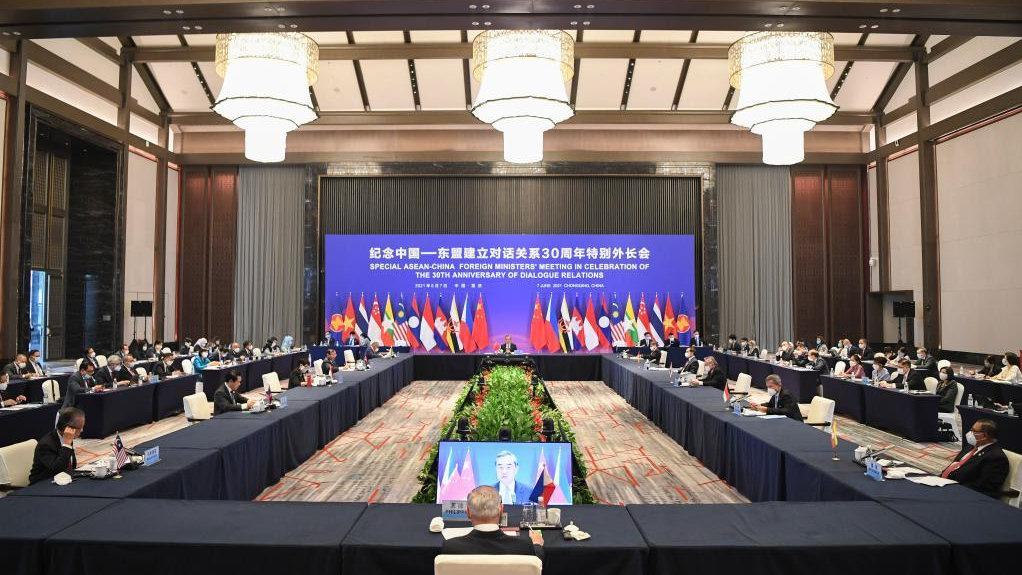 The Special ASEAN-China Foreign Ministers' Meeting in Celebration of the 30th Anniversary of Dialogue Relations is held in Chongqing, SW China, June 7, 2021. /Xinhua

The Special ASEAN-China Foreign Ministers' Meeting in Celebration of the 30th Anniversary of Dialogue Relations is held in Chongqing, SW China, June 7, 2021. /Xinhua

Editor's note: Hannan Hussain is a foreign affairs commentator and author. He is a Fulbright recipient at the University of Maryland in the U.S., and a former assistant researcher at the Islamabad Policy Research Institute. The article reflects the author's opinions and not necessarily the views of CGTN.

On June 7, Chinese State Councilor and Foreign Minister Wang Yi hosted a special meeting with foreign ministers from the Association of Southeast Asian Nations (ASEAN) in Chongqing, to mark the 30th anniversary of China-ASEAN dialogue relations.

Relations between both parties have soared on the back of a robust strategic partnership formed in 2003, record-setting trade engagement, and a shared determination to factor the region's multidimensional security challenges under a well-tried framework for political diplomacy.

Wang's suggestion to deepen engagement with ASEAN over the next three decades shows that the latitude for joint cooperation and leadership in East Asia stands to gain substantially.

The same anti-pandemic united front also qualifies as time-tested symbolism for China-ASEAN relations, given ASEAN member states' generous medical donations to China during its peak pandemic fight. As Singaporean Foreign Minister Vivian Balakrishnan aptly states, "the fact that we [China and ASEAN] were able to help each other at the point in need built confidence and bodes well for the future."

Part of Wang's suggestion also calls for the development of a "road of regional cooperation with East Asian characteristics." It is an important step to build upon China and ASEAN's largest trading partner repute, which has seen combined volume jump by staggering margins to nearly $685 billion. A key enabler over the years has been the ironclad stability of China and ASEAN's diplomatic relations, translating into well-integrated and favorable policy and regulatory coordination in the region. The historic 30-year anniversary juncture makes the strongest case for continuity as China remains firmly positioned as ASEAN's top trade partner for 12 consecutive years, and the latter trumping the European Union and the United States to account for some 15 percent of China's total foreign trade so far this year. 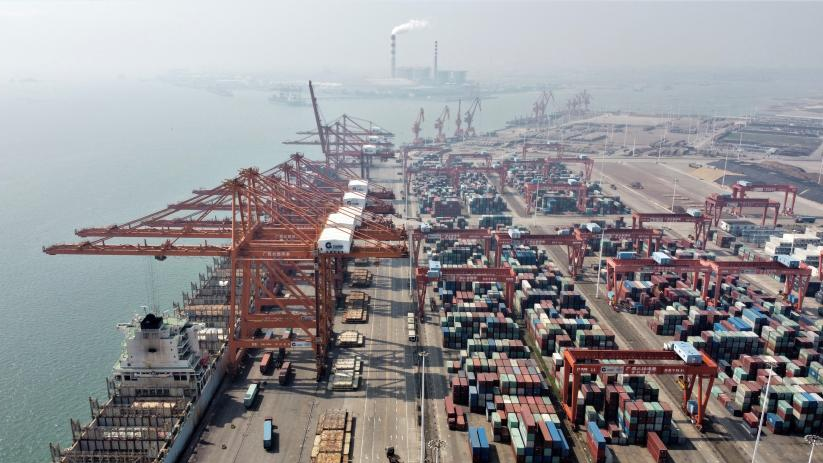 For these reasons, Wang is correct to insist on elevating ties by extending focus "on the next 30 years." For instance, his encouragement to fast-track an action plan for digital economy cooperation signals deeper stakes for ASEAN and China in a market that is estimated to pump about $1 trillion into Asia's GDP in the coming decade.

Similarly, China's thorough consideration of a shared post-pandemic economic recovery trajectory reflects in its support for implementing ASEAN's signature "Comprehensive Recovery Framework," a blueprint for the bloc to overcome its first economic contraction in over two decades.

The meeting in Chongqing reinforced a longstanding hallmark of China-ASEAN bilateral convergence: to have their peace and security priorities resonate with the region at large. Consider Wang's support for an early agreement on the Code of Conduct in the South China Sea (COC). That is a call that ASEAN member states sought to advance in a bid to strengthen rules-based engagement in the region, and form a united front against unilateral actions that challenge East Asia's regional cohesion.

It is here that China and ASEAN's admirable activism in tailoring a peace and stability initiative to the interests of individual member states also testifies to the spirit of an enduring peace partnership. Nowhere is this more evident than in Myanmar's case.

Beijing put its weight behind promptly advancing political dialogue among all parties in Myanmar, embracing constitutional provisions, and putting the interests of the people of Myanmar at the forefront – a composite of support that answers the calls of many ASEAN states that sought to speed up implementation of the bloc's "five-point consensus" on Myanmar, keen to enlist Beijing's support.

Moreover, China and ASEAN's sustained commitment to blunt Myanmar's anti-pandemic challenges and ramp up broad-based COVID-19 assistance indicates how concerns about security dynamics within states remain uniformed between ASEAN and China. This is a marked departure from some of the counterproductive strategies employed by some Western powers to leverage unilateral sanctions, and sidestep the character of the UN Charter when appealing to Myanmar.

Ultimately, China and ASEAN's demonstrated success in consolidating ties across a spectrum of trade, security, health, cultural and diplomatic fronts has afforded the relationship its indomitable character. Most importantly, by coordinating past successes in light of a new 30-year outlook to evolve future cooperation, the latitude for high-level engagement between China and ASEAN is nothing short of substantial.