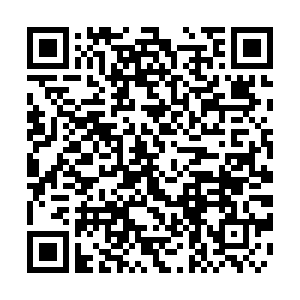 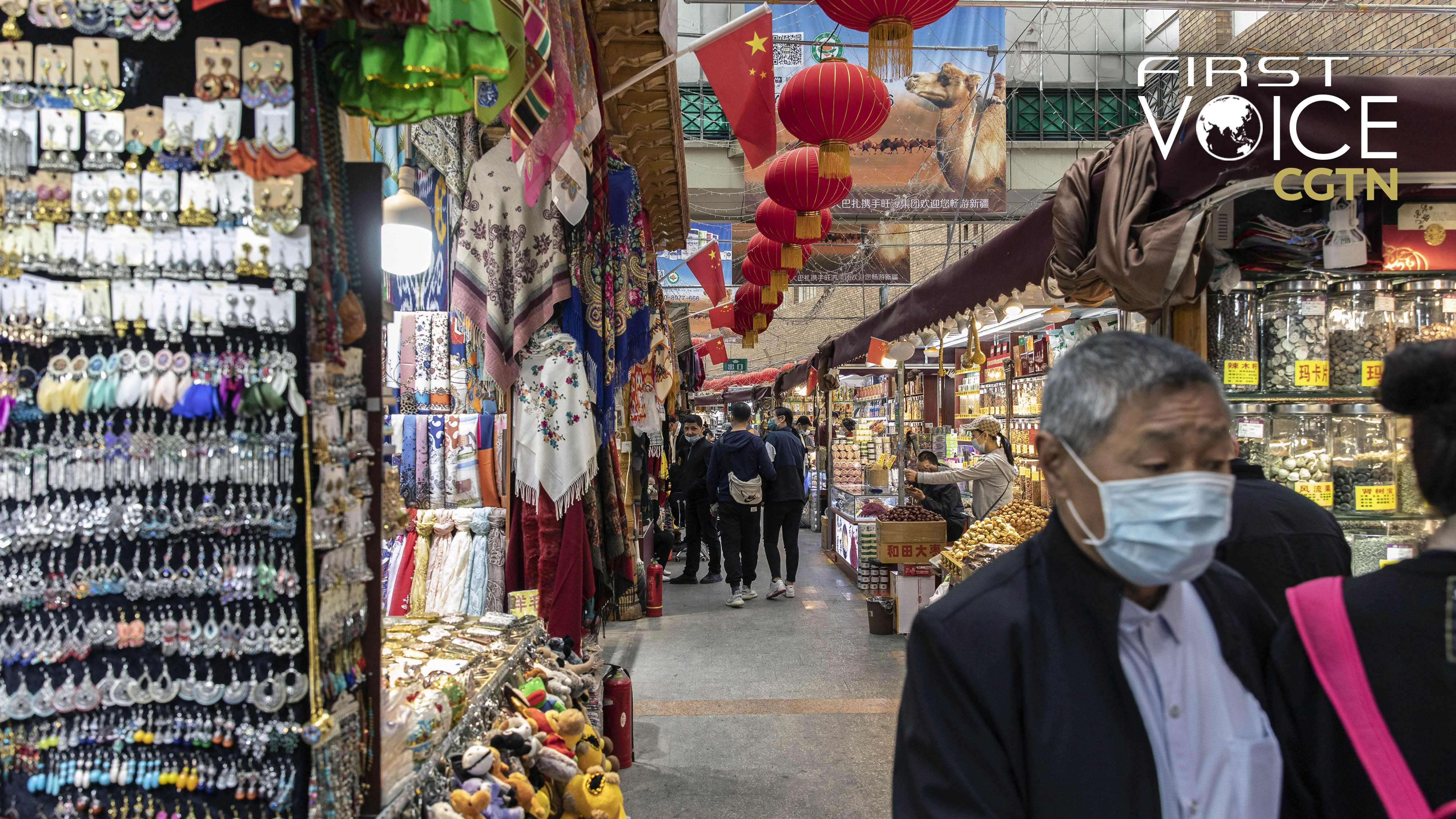 Adrian Zenz has released his latest evidence that a genocide is taking place in Xinjiang, a new paper titled "End the Dominance of the Uygur Ethnic Group": An Analysis of Beijing's Population Optimization Strategy in Southern Xinjiang. In it, Zenz concludes that China is conducting a genocide in southern Xinjiang that will cost the lives of "between 2.6 and 4.5 million persons by the year 2040."

Given that this is a serious and even shocking conclusion, it is worthwhile to see how Zenz reached such a conclusion.

The heart of Zenz's argument is that Chinese officials have adopted a draconian family planning policy that amounts to a genocide. In China, the majority Han Chinese group were allowed to have two children per family. Minority groups living in the countryside, including Uygurs, were allowed three children per family. Zenz calculated the scope of the "genocide" in Xinjiang by comparing the growth rate he estimates would have happened with no government family planning policy in place to the growth rate since China launched its campaign to offer job opportunities and language education to men and women from isolated rural Uygur communities.

For the first figure of the "natural" growth rate, Zenz estimates a total fertility rate of 3.3 — which he explains is "comparable to Pakistan, a Muslim nation without family planning." For the current growth rate, he uses his own data, interpolated from a number of sources. By Zenz's own account, the Uygur population in southern Xinjiang is continuing to grow — just more slowly than it would have "naturally." The gap between the "natural" growth rate and the current growth rate, he says, represents 2.6 million to 4.5 million children that will not be born.

This, he says, tantamount to genocide. 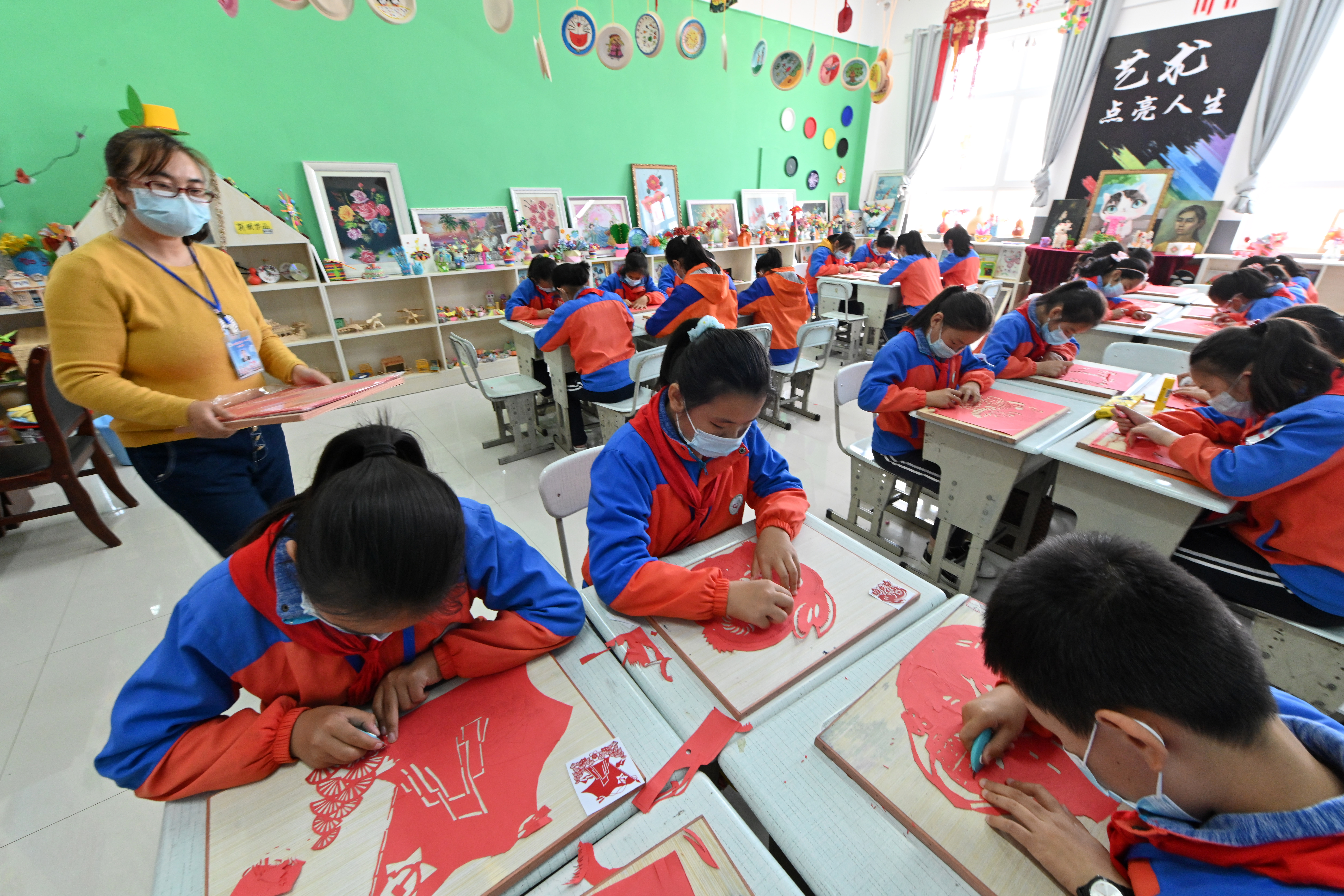 An insight into how Zenz could consider a slowdown in population growth a genocide may come from his spiritual beliefs. He is a right-wing Christian, who told the Wall Street Journal he is "very clearly led by God" to do his Xinjiang research. His professional career includes teaching at the European School of Culture and Theology, a school "by missionaries for missionaries" with the goal to "enable you to think through theological issues thoroughly and clearly under the authority of Scripture." It is very easy to see why family planning in general could clash with Zenz's sincere personal beliefs.

In Zenz's paper, he implies that authorities in Xinjiang are imposing forced sterilizations on Uygur women. However, he only gives a single citation, which on first glance appears to refer to an academic paper. On closer inspection, this citation actually leads to a September 2020 article in The Guardian newspaper that gives a first-hand account from a Uygur woman named Qelbinur Sidik. In the account, the woman claimed that "In 2019, they said there is an order from the government that every woman from 18 years to 59 years old has to be sterilized."

This is an extraordinary claim. If the Chinese government ordered every Uygur woman to be sterilized, there would surely be a huge body of evidence demonstrating this, from notifications letters to medical records to physical evidence of surgical procedures. Zenz, nor anyone else, has presented any evidence of this. 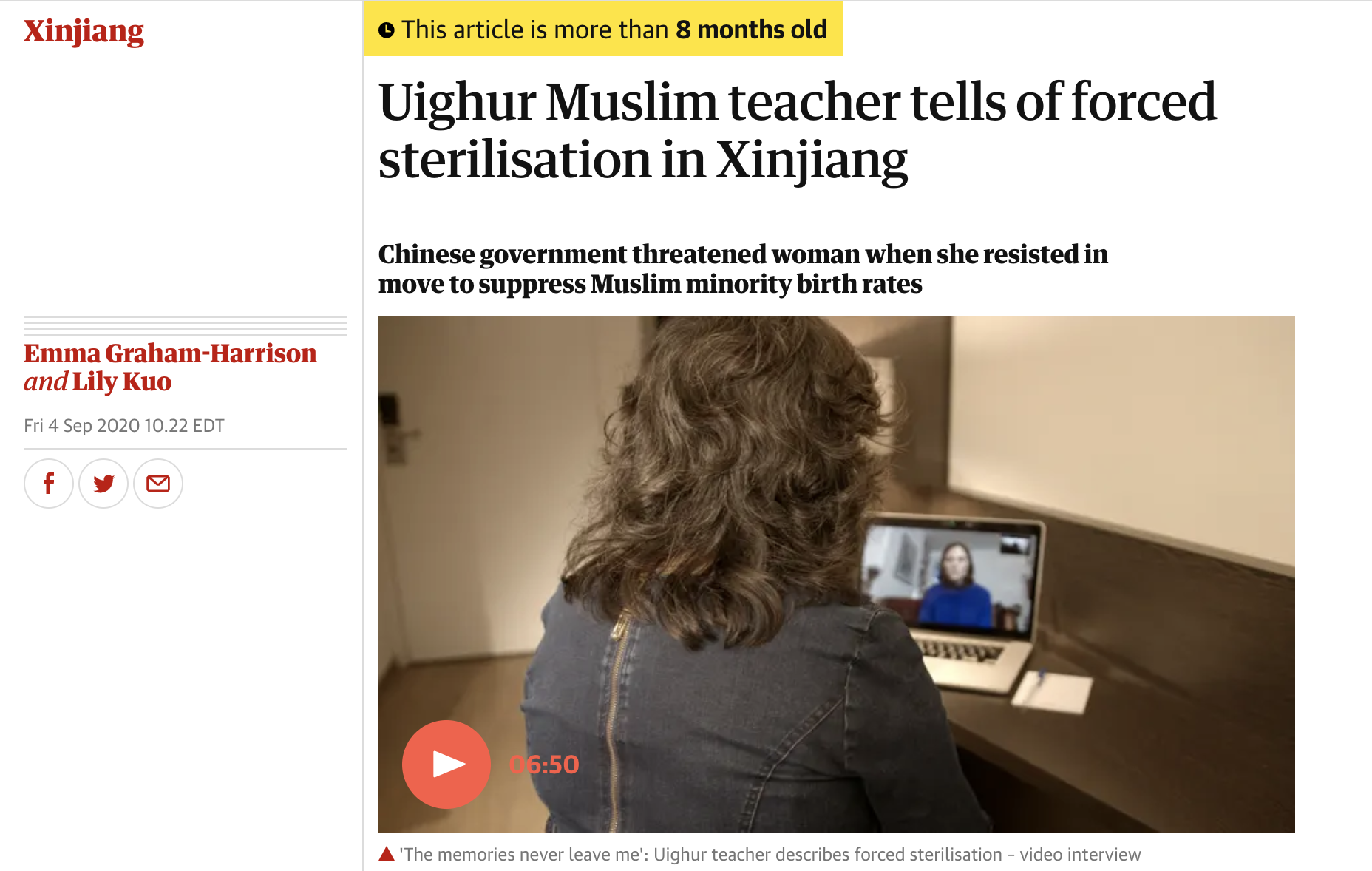 A screenshot of The Guardian's article on Qelbinur Sidik.

A screenshot of The Guardian's article on Qelbinur Sidik.

The woman went on to say that she worked at a vocational education and training center for Uygur, where she "heard the screams of tortured prisoners and witnessed at least one inmate being carried out dead." Neither Zenz nor any other source have offered a list of the dead, or satellite photos or other evidence of graves. She also claimed she got a job at a second vocational center, where "a trusted colleague told her that rape of inmates by Han Chinese administrators was routine."

The Guardian article in which she makes these claims noted: "Her story, first told to the Dutch Uygur Human Rights Foundation, is difficult to verify. It is hard to take photos inside detention facilities and there is little documentation."

The article does not note that the Dutch Uygur Human Rights Foundation is a separatist group with the stated goal of fighting for an independent Xinjiang, which it refers to as "East Turkistan." In Zenz's entire 28-page paper alleging millions are dying from genocide in Xinjiang, the only direct evidence he offers of forced sterilizations comes from this single newspaper report sourced from a witness provided by a separatist group. That separatist group has the stated aim to overthrow the Chinese government to end Xinjiang's "slavery, imprisonment, colonialism and genocide."

Zenz's other proof is statistics, provided by himself, that he interprets as meaning that slower growth rates among the Uygur population must be the results of forced sterilizations and other coercive birth control policies. To buttress this argument, he includes pages of innocuous government public statements that reflect China's official and often repeated policy in Xinjiang. He gives evidence that the government aims to reduce poverty, end the isolation of Uygurs in remote areas by teaching them Chinese language skills, and provide them with skills so they can make a living and join the broader Chinese society. 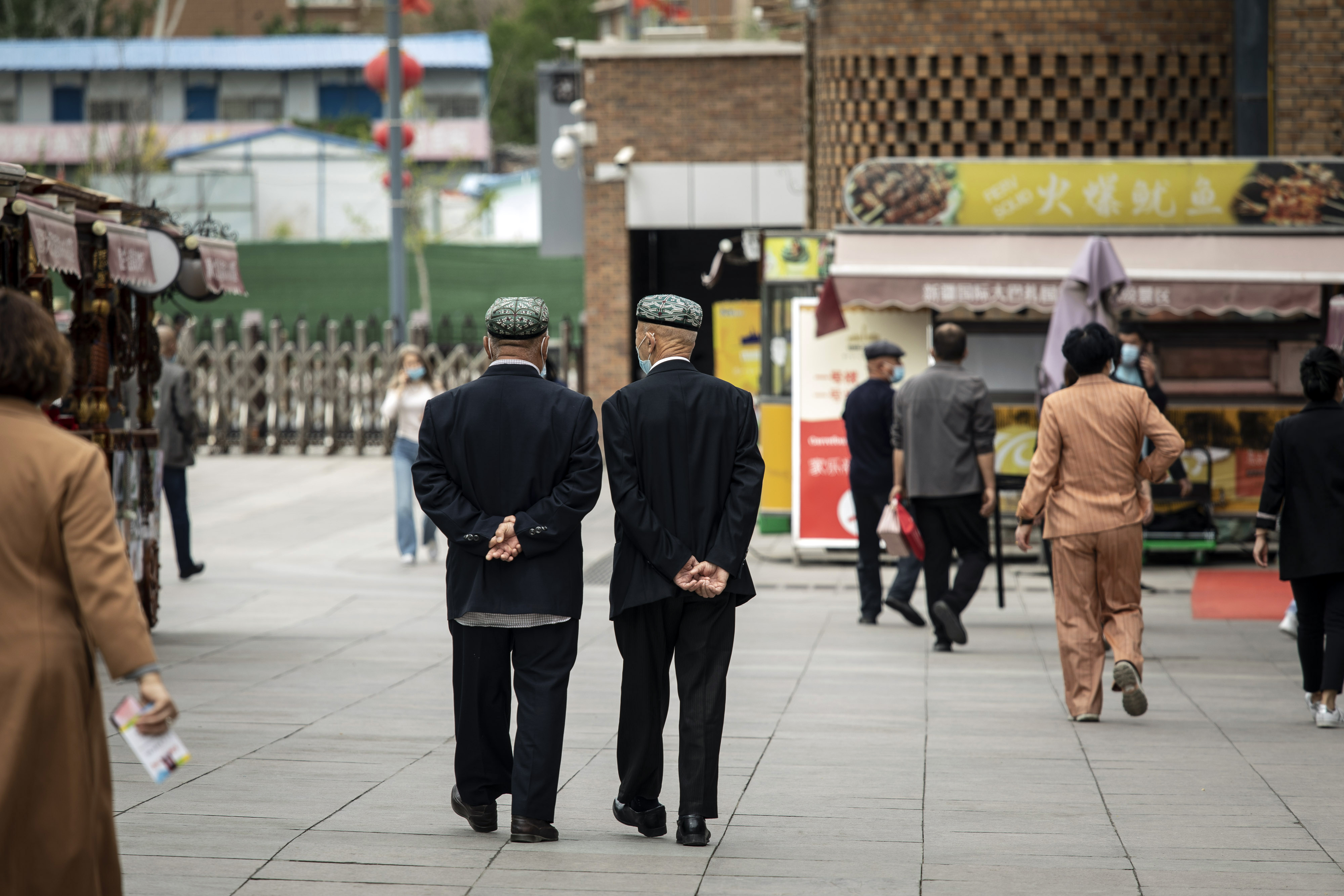 Zenz makes much of the fact that officials conclude southern Xinjiang does not have enough water or resources to support its current population. Relocating people from impoverished areas with no resources to places where they can escape poverty and work toward prosperity is an explicit part of the country's nationwide successful effort to lift 100 million people out of absolute poverty. This is a success story that has been repeated in many places throughout China, not a sign of genocide.

And offering people prosperity and a chance to join mainstream society is also an explicit element of China's program to combat violent religious separatists — represented by groups such as the Dutch Uygur Human Rights Foundation and the World Uygur Congress. Separatist groups like these fueled the violent terror attacks that prompted China's response in the first place.

China's efforts to provide jobs and labor training to vulnerable Uygur has paid off. In the last four years, there have been no terror attacks. Uygurs from remote communities who formerly had no job prospects, including women once left with no choice but to stay at home and have large families, are entering the workforce in large numbers. Zenz never considers the possibility that Uygur women from rural areas are being given a chance to work and be independent for the very first time ever. He does not consider that some may choose to escape the cultural conservatism of their isolated villages and embracing new lives, choosing not to be confined at home.

No genocide is taking place in Xinjiang. Instead, a media-savvy mix of separatists and religious zealots are being used by frightened geopolitical rivals to distract China, isolate it diplomatically, and slow down its rise. The extreme claims of people like Zenz should be easy to verify with witnesses and documentation, but so far we only have flimsy papers and testimony created by people on the payrolls of the U.S. government or Uygur separatists.

And Adrian Zenz's latest paper shows the desperation of the people manufacturing these lies laboring mightily yet futilely to sustain them.