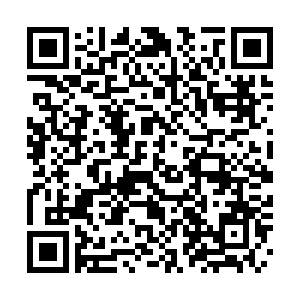 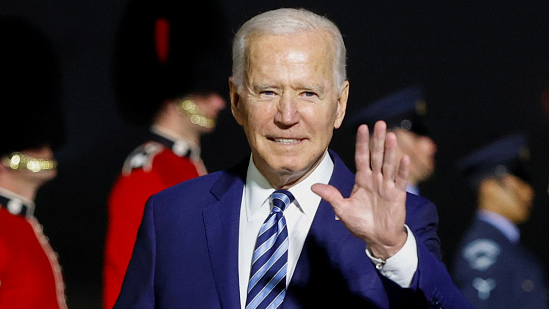 U.S. President Joe Biden arrived in the UK Wednesday evening, kicking off his first official overseas trip since his November 2020 election victory and sending the signal of "the United States is back" to the world.

"At every point along the way, we're going to make it clear that the United States is back and democracies of the world are standing together to tackle the toughest challenges, and the issues that matter most to our future," Biden told reporters as he left for Europe.

Biden is expected to meet British Prime Minister Boris Johnson on Thursday ahead of the Group of Seven (G7) summit in Britain's southwestern resort of Carbis Bay in Cornwall where leaders from Britain, U.S., Canada, Japan, Germany, France and Italy, plus European Union, will gather Friday for the first in-person G7 summit in almost two years.

The UK, which holds the rotating G7 presidency, also invited Australia, India, Republic of Korea (ROK) and South Africa as guest countries to the three-day meeting. Economic recovery, global COVID-19 vaccine rollout and climate change are expected to be discussed during the meeting.

After the summit, Biden and his wife Jill Biden are set to meet British Queen Elizabeth II before heading to Brussels for NATO and EU-U.S. summits. He will then fly to Geneva to meet with Russian President Vladimir Putin.